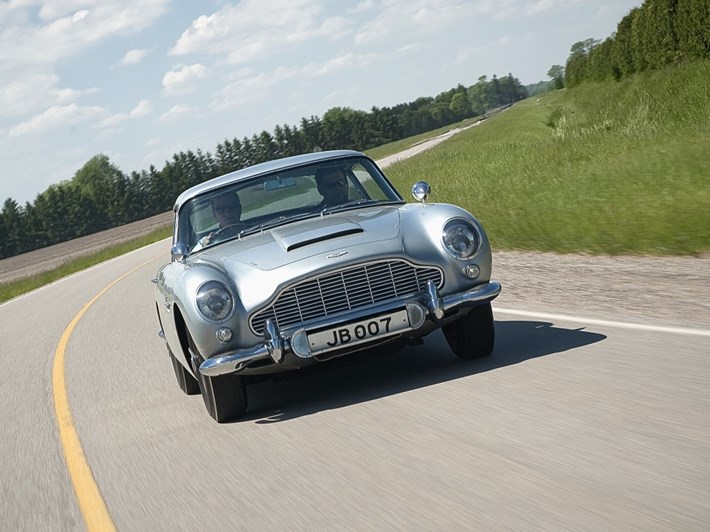 A few days before the release of the 25th instalment of the James Bond saga, "No Time To Die", we look back at the most iconic car in the career of Her Majesty's spy, the Aston Martin DB5.

Introduced in 1962, the Aston Martin DB5 was not a big aesthetic surprise, as it was broadly based on the DB4 GT's streamlined front end and rear. With a 10cm longer wheelbase, the newcomer has a 2+2 configuration and offered more room for its passengers. Under the bonnet the sublime in-line 6-cylinder engine designed by engineer Tadek Marek had already seen in the DB4, but the displacement had been increased from 3.7 to 4.0-litres. Fed by three SU carburettors, this block developed 282 bhp and had a ZF 5-speed gearbox, a rare feature at the time. Capable of reaching 240 km/h, the Aston accelerated from 0 to 100 km/h in 7.5 seconds, making it one of the fastest GT cars of its time. With its British boudoir interior and its use of fine materials such as leather, wood and chrome, it exuded a charm like no other, making it the vehicle of choice for the world's jet set. Marketed from the outset as a coupe and convertible (Volante), the DB5 was available from 1964 as a Vantage, with different camshafts and Weber carburettors. Power was increased to 325 bhp, enough to have fun on roads that still had very few speed limits. In 1965, it was already replaced by the DB6 after only 1,021 units were produced, including 123 Volante variants. 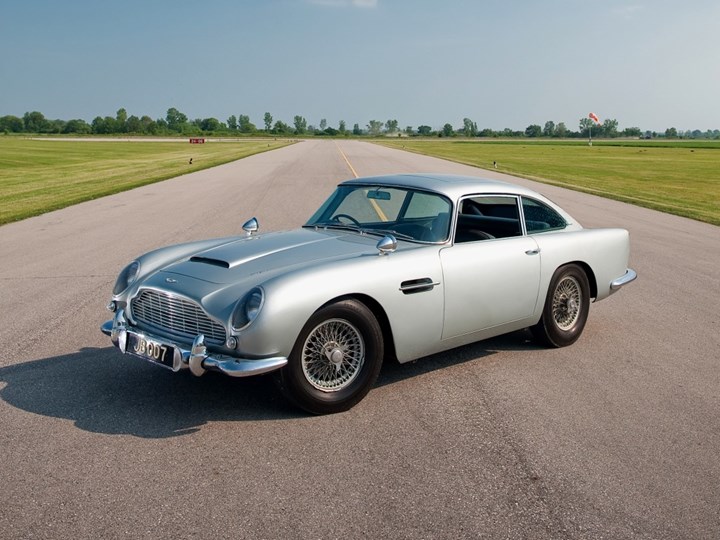 In 1963, the production company behind the James Bond saga was looking for a car for its new film, Goldfinger. The secret agent had been driving a Sunbeam and a Bentley, but there was no car to suit his temperament. The producers finally chose Aston Martin because the spy drives a DB 2 MKIII in the book by Ian Flemming. The factory offered two DB5s for filming: these were heavily modified for the needs of 007 - of course all of this was entrusted to Q, the whimsical inventor within MI6. The DB5 was equipped with machine guns in the front bumpers, butterflies capable of shredding enemy wheels, a smoke-making device to throw off other cars, a bullet-proof shield at the rear and a passenger seat that could be ejected through a hatch cut in the roof. This brilliant car was the success of the film and was miniaturised by Corgi Toys to the delight of children from the post-war baby boom! This DB5 also marked the beginning of a long collaboration between the brand and the producers, which has only grown stronger with time. 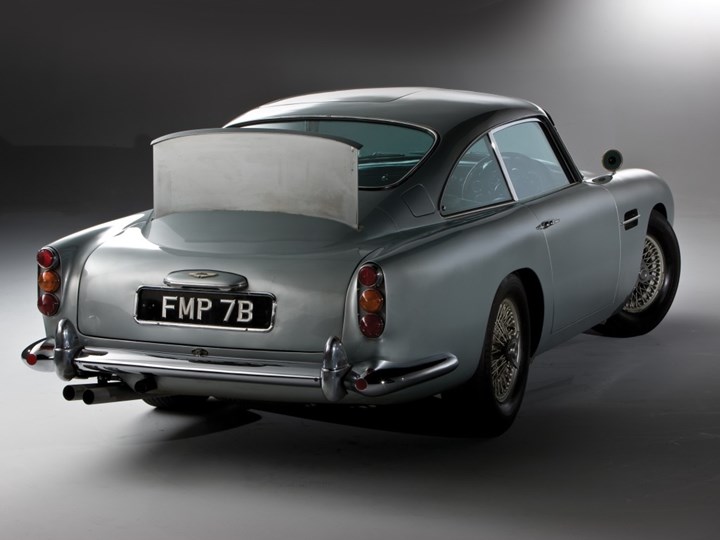 Considered one of the finest coupés ever produced, the DB5 is a highly prized car by collectors who do not hesitate to spend several hundred thousand Euros for a complete restoration. Using the Superleggera principle developed by coachbuilder Touring, the Aston has a tubular structure on which hand-formed body panels rest. This artisanal technique means that no two parts are identical and these cars must be treated by highly skilled craftsmen. The DB5 is listed in the world's top auctions and has a very high price tag, starting at €600,000 for a car in good condition. The rarer Volante convertibles and DB5 Vantage are even more expensive... 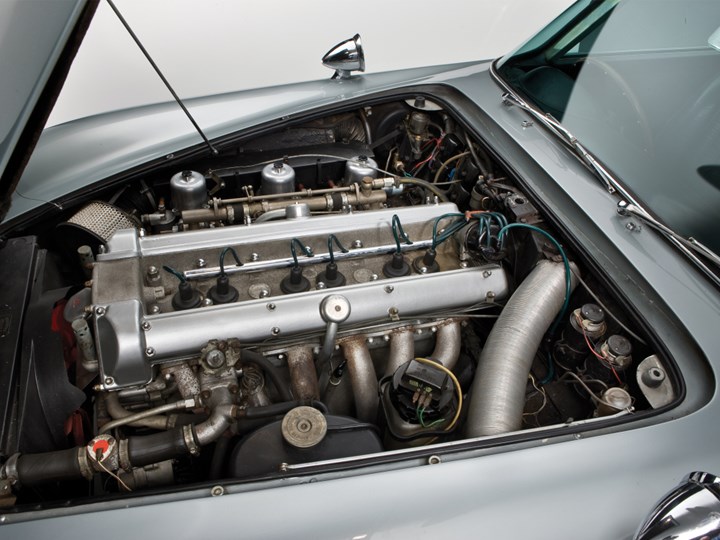 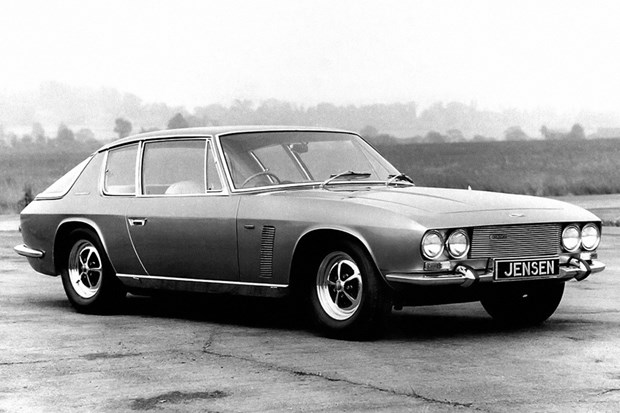 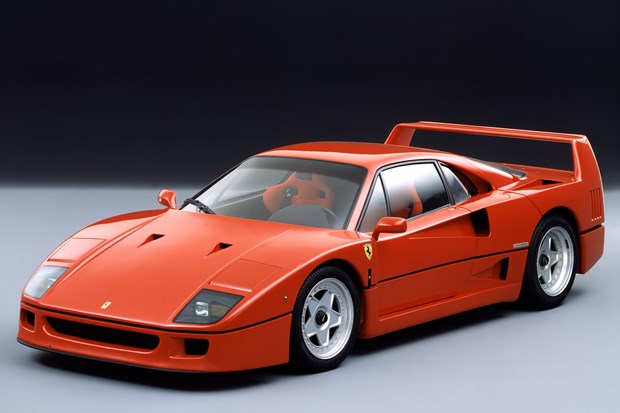