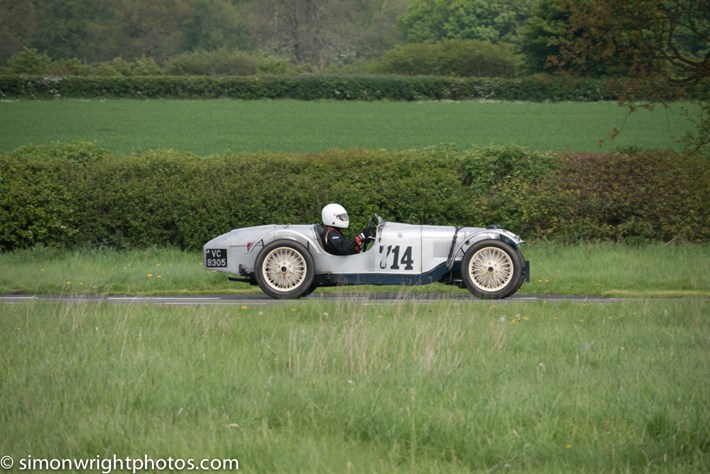 The first Vintage Sports Car Club Speed Trials were held at Curborough in 1964, so this years event marked the 50th anniversary. The club had drawn an entry of 105 cars, including some that took part in the first trial 50 years ago. As part of the celebration, there was a gathering of Frazer Nash cars in the paddock at lunch time that had taken part in the 1964 event.

The good sized crowd, many of which had arrived in vintage cars, enjoyed a sunny day of very competitive motorsport round the short and twist Curborough course. Fastest time of the day went to Ian Baxter in a 1935 MG Bellevue Special who completed the course in 37.11 seconds. The fastest Vintage car was Charlie Martin in a 1930/28 Morgan Special who did a time of 38.36 seconds. A special award was given to the fastest car that had competed in the original 1964 event. This went to David Leigh who threw his 1923 GN Spider round the track in 38.67 seconds.

The oldest car running in the event was a 1910 Delage R Type driven by David barker who finished first in the Edwardian class on handicap on 62.47 seconds, though the fastest car in the class was the mighty 9 litre 1918 Piccard-Pictet Strurtevant Aero Special driven by Geoff Smith, who used the power go the mighty engine to set a time of 42.10 seconds. 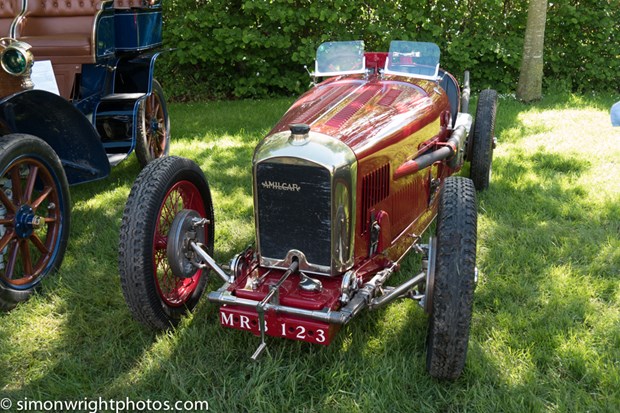 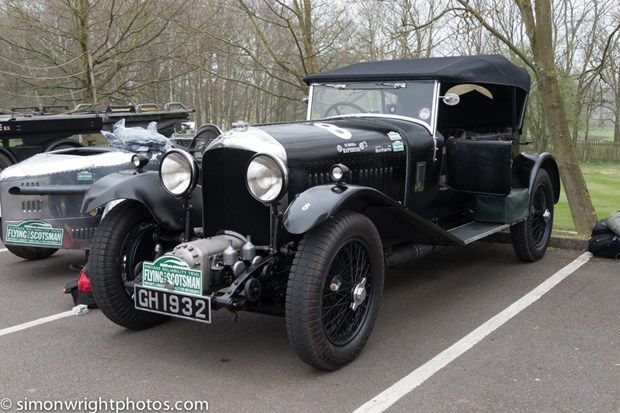