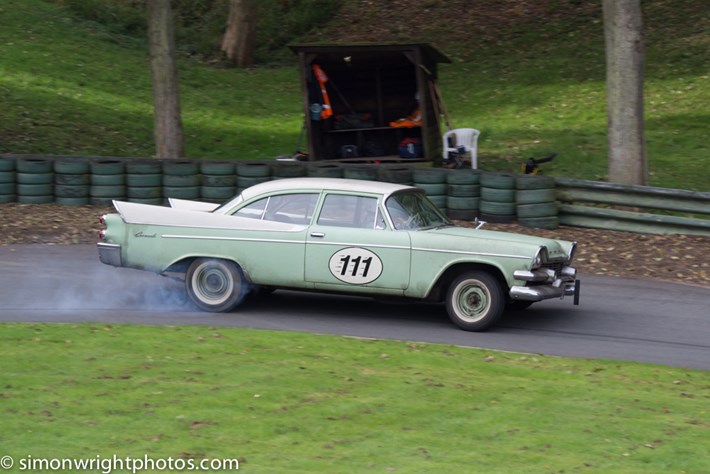 Prescott Speed Hill Climb hosted its annual Autumn Classic event at the beginning of October. The event is billed as Spills, Chills and Hot Rod thrills with an American theme for the weekend. The paddock and course were decorated with the stars and stripes with plenty of American hot rods and custom cars lined up in the paddock and orchard car park.

With an entry of over 140 competitors, the event had a large classic car element, with the final round of the Bugatti Owners Club B License championship as the first class in the running.  There were also classes for Morgan, Aston Martin, Austin Healey, Triumph TR, classic Formula 3 500 and a special class for Flatheads in keeping with the American theme. This included several Allard sports cars, a Chapman Mercury, a Hillsgrass race car and a Bellamy Ford V8. In the pre 1972 racing car class the American theme continued with a Can-Am McLaren Chevrolet M18 and an Allard Special amoung the runners.

The paddock also had a display of Indians, the 2 wheeled motorbike variety, in front of a large wigwam tent, various musical groups performing Rock and Roll with 50s period dressed dancers and Laurel and Hardy wandering around entertaining the crowds. The Bugatti Owners club, who run Prescott, had even installed several American road and street signs around the venue to add to the atmosphere.

The high light was to see Old Yeller II running up the hill, the 1959 Balchowsky Buick Special. The number 70 car in its bright yellow finish has been driven by some famous drivers in the past including Dan Gurney, Carroll Shelby and Bob Bondurant. This home built special took on the might of the worlds sports car manufacturers in the 1960s, beating the likes of the Maserati Birdcage, Ferraris, Jaguars and Porsche in its day. There were also a couple of American Chapperal sports cars on display in the paddock, and were given a demonstration run up the hill. 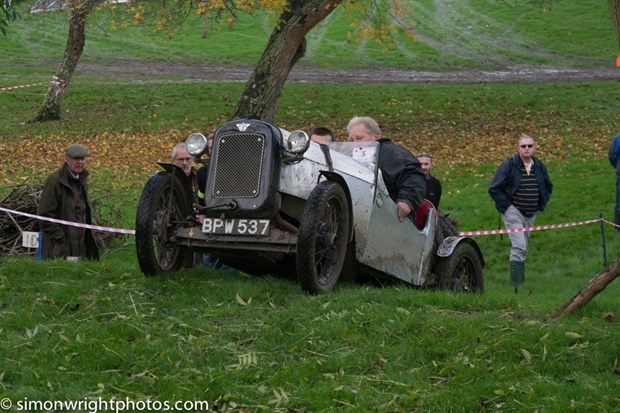 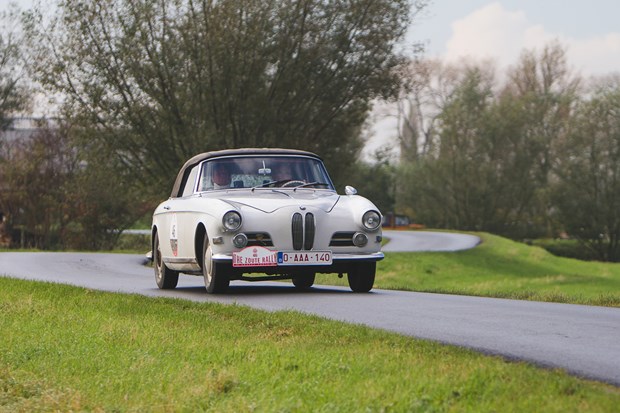