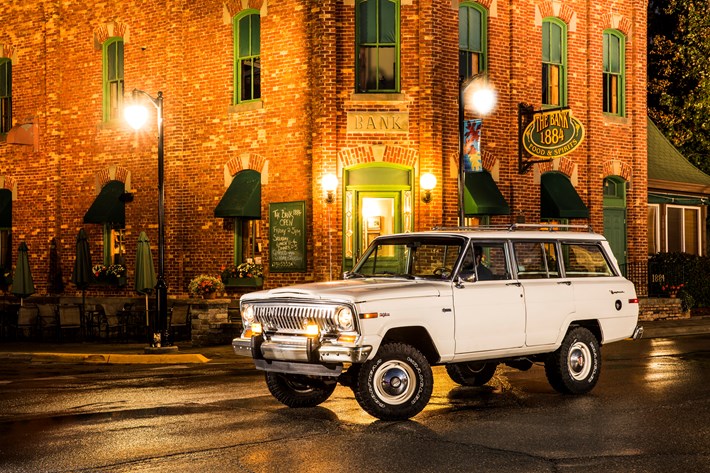 Often associated with the Liberation in Europe, Jeep has lived many lives. As early as 1941, it was a multi-purpose vehicle used extensively by the US Army. But at the end of the conflict, it was repurposed for civilian use. Aside from its paintwork, which was no longer khaki and a few minor mechanical details, the Jeep, now renamed CJ-2A didn't change much in the early years. Popular with farmers because of its robustness, versatility and its ability to adapt to agricultural work, it was often preferred to tractors. Very quickly, Jeep was faced with requests to develop a model offering both greater comfort and roadholding. The brand made these desires a reality as early as 1948.

Named Jeepster, the new model took the form of an open phaeton with doors (a first for the brand) and side windows that dropped down into the doors. Offering much better protection from the elements than the CJ-2A, it was equipped with the CJ-2A's 4-cylinder engine before receiving a 6-cylinder engine. For the first time in the young brand's history, the Jeepster is a rear-wheel drive vehicle. It therefore offers an off-road look without really being one; a formula that was well ahead of its time. Yes, Jeep has indeed created the first SUV (a convertible at that!) in the history of the automobile. At the same time, the brand was marketing the Willys Wagon, a nice station wagon based on the Jeep, often adorned with decorative woodwork of the most beautiful effect. A new dynamic is on the way... 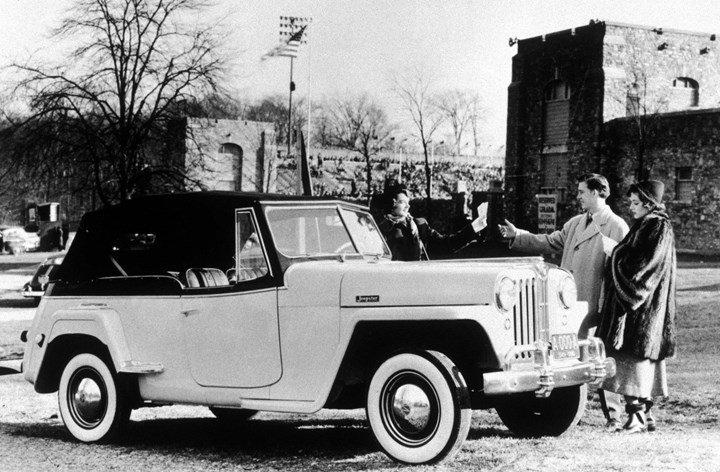 In 1963, Jeep set the stage again by introducing the Wagoneer, the first very luxurious off-road vehicle in the history of the automobile, which arrived seven years before the Range Rover. The Wagoneer, with its high American station wagon look, was an instant hit with upscale customers who appreciated its comfort and performance on all terrains. For the record, it was also the first 4-wheel drive car to be equipped with an automatic transmission. In spite of its square shape, very typical of the '60s, it had an exceptionally long production lifecycle of 28 years, under two different names: Wagoneer from 1963 to 1984, then Grand Wagoneer from 1984 to 1991. Seen as a symbol of success, it was popular with wealthier families the world over, even being favoured by King Leopold III, who used it for his many personal trips.

Continuing the success of the Wagoneer, Jeep started developing a vehicle of the same type, but aimed at a younger and less wealthy clientele. The end result was the Cherokee, which was essentially a 3-door version of its big sister. Produced from 1974 to 1983, it became a great commercial success. Proving its ability to adapt to its markets and to the demands of its customers, Jeep has come through the years with innovative products that are sometimes unjustly forgotten. As for its major models, they have evolved over time and still exist today. Let's hope that the Stellantis group will once again shine a light on the importance of this heritage. 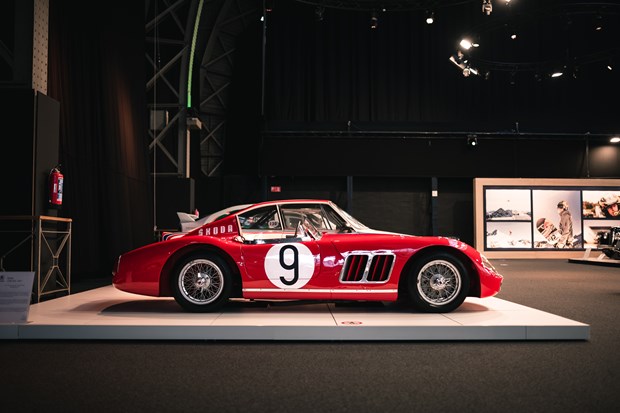 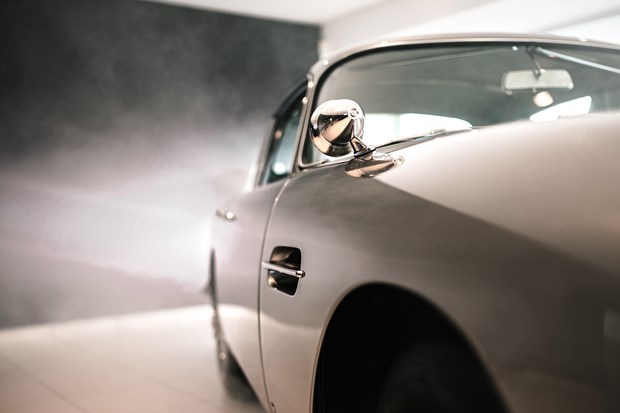