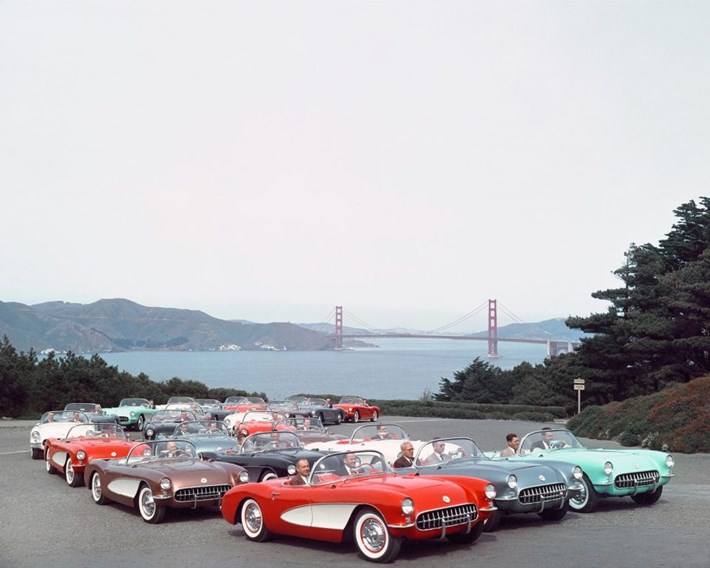 An American answer to the success of British roadsters, the Chevrolet Corvette almost didn't survive due to lack of success in its early days. Fortunately, things turned out well for it a few years later.

Eager to compete with the British roadsters that were proliferating on the American continent, the Chevrolet management decided in the early 1950s to launch a project for a sports car with a sharp new look. Harley J. Earl, the brand's vice-president and renowned car designer, set to work on the line. General Motors chose its traditional annual exhibition called Autorama to unveil its concept car in 1953. Held in New York's Astoria Hotel, the show attracted 300,000 visitors who were thrilled by Chevrolet's latest sensational innovation: the Corvette. Interestingly, this name was found in the Larousse dictionary by Myron Scoot, Artistic Director and Assistant Director of the public relations department of Chevrolet who was looking for a name beginning with "c" which sounded good! The car was so successful that mass production began a few months later. Original for the time, its bodywork was made entirely of fibreglass because of its lightness. All the dealers of the brand fought to have one in their showroom but the sales turned out to be very quickly disappointing because of a high selling price allied with disappointing performance. The Blue Flame 6-cylinder engine under the bonnet only developed 150 unfortunate horsepower and was coupled to an automatic transmission with only two gears! 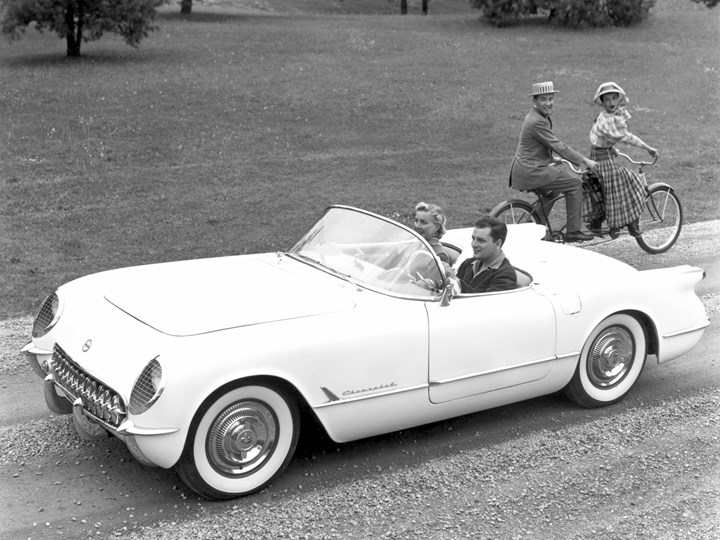 While the Corvette was floundering, Ford introduced the Thunderbird in 1954, which attracted a lot of attention and sold very well. It was therefore urgent for Chevrolet to act and the following year, it received a new V8 engine, and could be delivered with a two-tone paint job and a hard top. However, it was in 1957 that things really changed with the arrival of the 283 block, which developed 220 to 283 hp in its fuel-injected version, another innovation at the time. The old automatic gearbox was now replaced by a 4-speed manual transmission, more in tune with the Corvette's mechanics. The car was transformed and finally sold in big numbers, showing that the persistence of the Chevrolet management was not in vain. For the 1960 model year, the car received a new "ducktail" rear end and the following year its power output rose to 315 bhp. The race for power was on, because in 1962 the Corvette received a new 5.3 litre engine with 360 hp. This first generation was replaced a few months later by the C2. A total of 69,015 cars were produced. 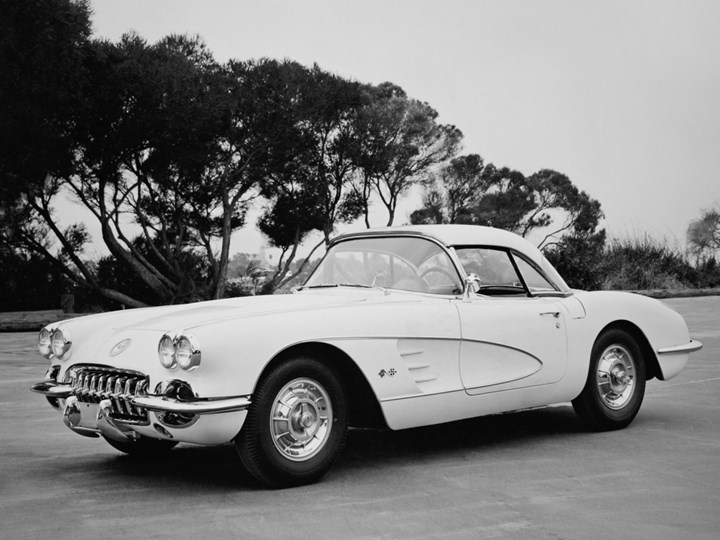 Very representative of the style of the 1950s, the C1 Corvette is now delightfully retro and full of charm. In the United States, it is the object of a real cult and many specialists sell spare parts for the V8 versions, the 6 cylinders being much rarer. To undertake a restoration, it is imperative to work with a bodybuilder who is skilled in fibreglass repair. Count on a minimum of €70,000 to find a car in good condition. Beware, this budget can vary greatly depending on the mechanics and options of the car. 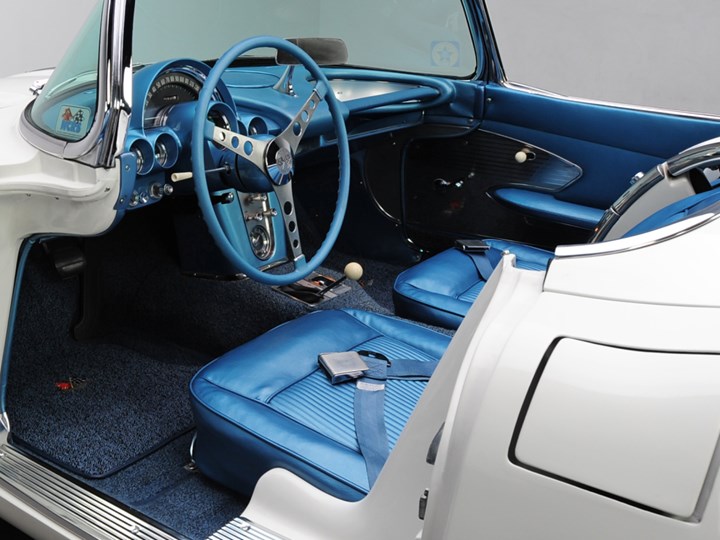 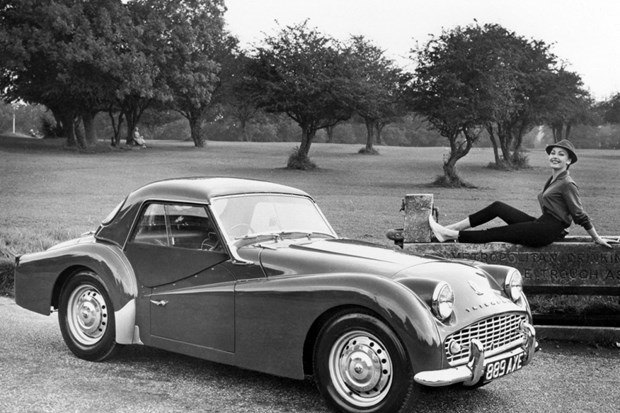 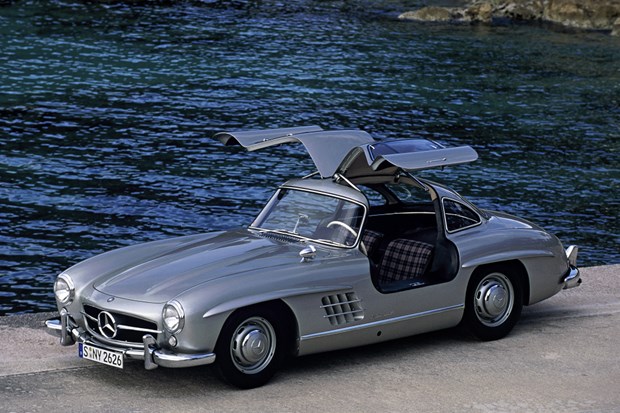 Mercedes 300 SL : from competition to the road