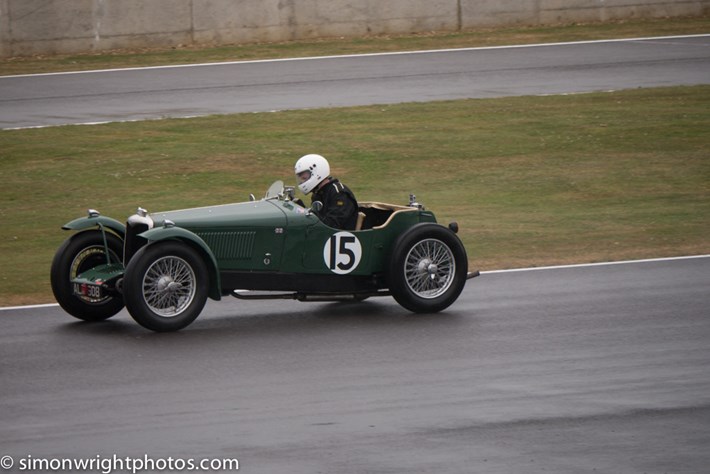 This year was the 65th consecutive year at the famous Northamptonshire circuit and is the largest annual gathering of Bentleys during the year. It is also the 90th anniversary of the first Bentley win at Le Mans. There was a parade of Bentley cars at lunch time, followed by a parade to celebrate 60 years of the AC Ace and Aceca by the AC Owners Club.

The races were the usual mix of Bentley races plus races from other clubs that regularly support the Bentley Drivers Club Meeting. These races included a mixed MG T, AC and Morgan race, the Aston martin Owners Club intermarque race which brings together 6 eras of sports cars in one 45 minute race and a special AC race to celebrate the 60th anniversary of the Ace and Aceca models. There was a Morgan Challenge race and a couple of all comers handicap races for faster and slower cars. A unique feature of the Bentley handicap race is that all the competitors are started from the pit lane, which means that the scratch man can be started up to 2 full laps behind the first car. Full race results can be found on the Bentley Drivers Club web site at www.bdcl.org 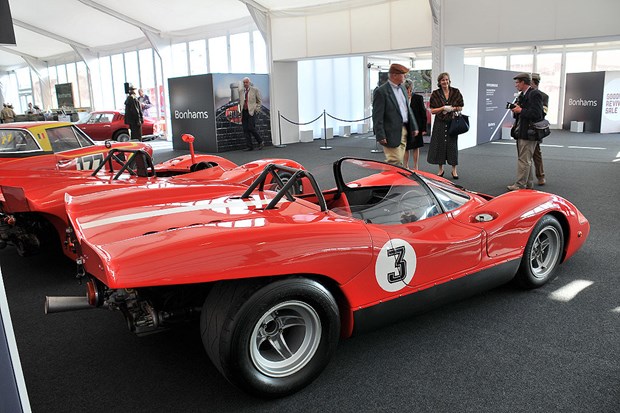 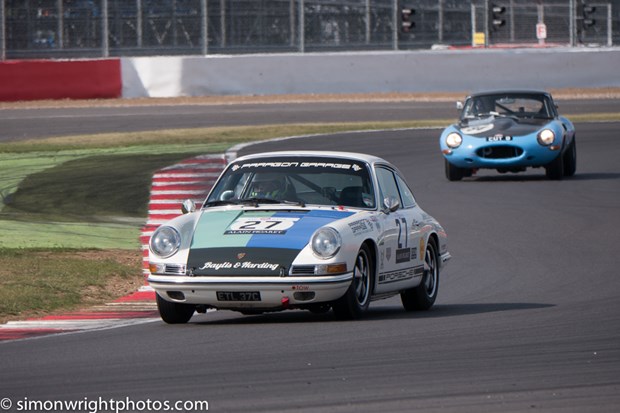