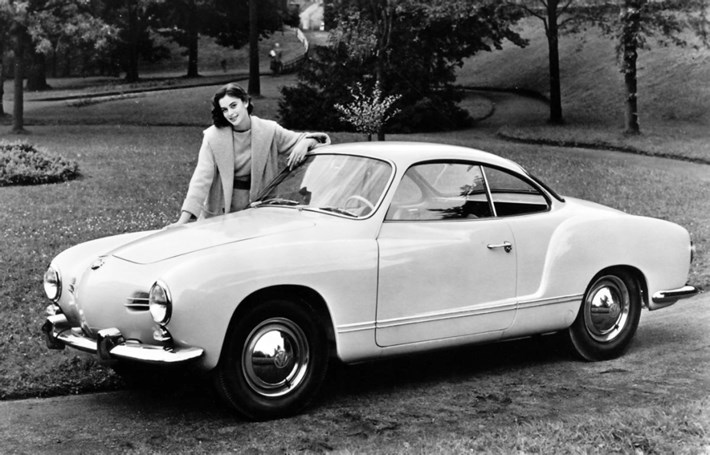 All you had to do to create an elegant, inexpensive coupé was to dress up a Volkswagen Beetle. The Karmann-Ghia's simple recipe contributed to its success for almost twenty years.

In October 1953, at the Paris Motor Show, a stunning concept car was exhibited on the stand of the Ghia body shop. Designed by Luigi Segre, it used the platform of the Beetle. All curves, the car was very elegant and looked sporty despite its modest origins. But above all, it caught the eye of Volkswagen's decision-makers who decided to produce it in series. However, the manufacturer turned to the Karmann bodywork for its assembly. Naturally named Karmann-Ghia (Type 14 in VW jargon), the coupé made its commercial debut in 1955 and its attractive price made it an unexpected success, to the point where orders exceeded the brand's initial expectations by several thousand units. The car sold particularly well in the United States, where it was the most imported model in the United States. 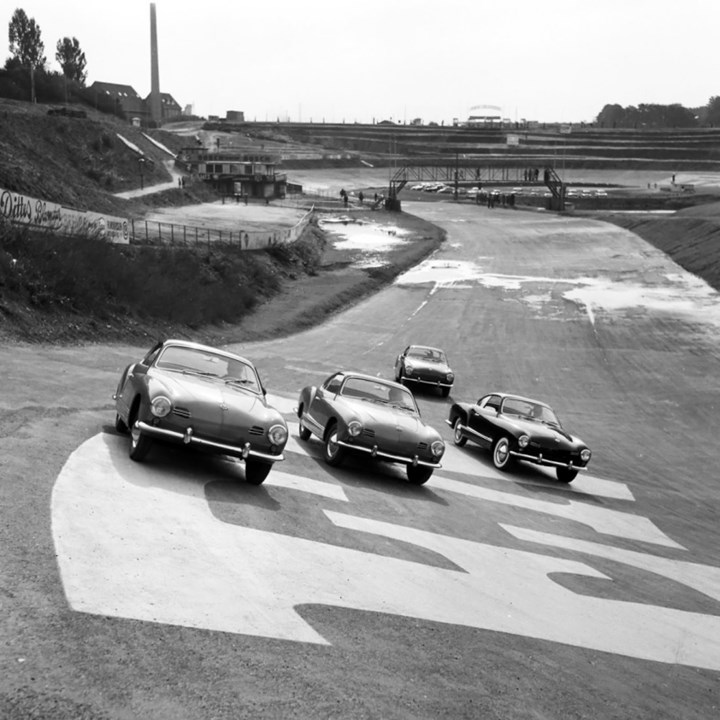 With its 30 bhp, the Karmann-Ghia was by no means a sports car, but that didn't matter, the customers loved it and soon they were asking for a convertible version. The drop top version was launched in 1957, and many examples were exported to California. In 1961, the Italian designer Sergio Sartorelli slightly redesigned the car, enlarging the front grilles and increasing the volume of the rear lights for better visibility. Five years later, the Karmann-Ghia adopted the 1,500 cc engine, which gave it 14 more hp. In 1970, it received square bumpers and even bigger lights that integrated the reversing light. For the American market, it was equipped with energy-absorbing reinforcements before leaving the scene for good in 1974, to be replaced by the Scirocco. 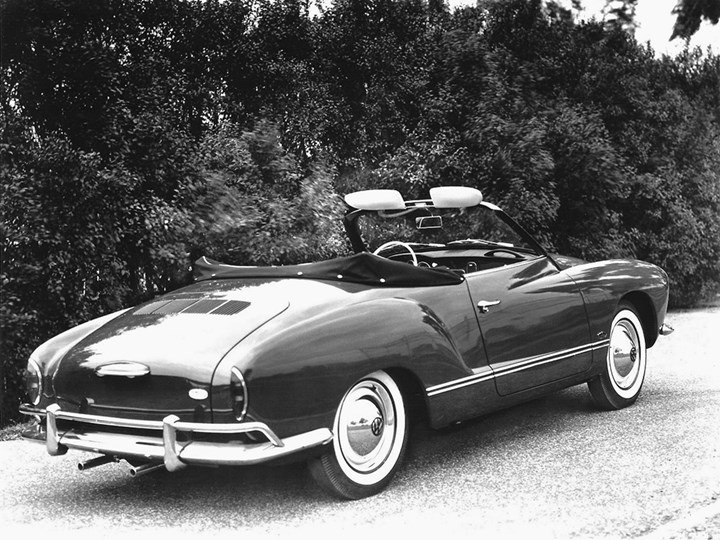 In need of a top-of-the-range model, Volkswagen entrusted Sergio Sartorelli with the realization of a "super" Karmann-Ghia based on the Type 3 platform. Sartorelli produced another marvel of finesse with the Type 34, whose Razor-Edge styling was in keeping with the aesthetic ideals of the time. Using the 1,500 cc engine for the first time when it was launched in 1961, the car was the most expensive Volkswagen in the catalogue (twice the price of the Beetle!), and uncomfortably close to an entry-level Porsche. In spite of a particularly well cared for interior, more "Italian" than that of the "normal" Karmann, it suffered from its overly ambitious price tag, which explains why only 42,505 units were produced until 1969, compared to more than 445,000 units for the Karmann-Ghia Type 14 during its long career. 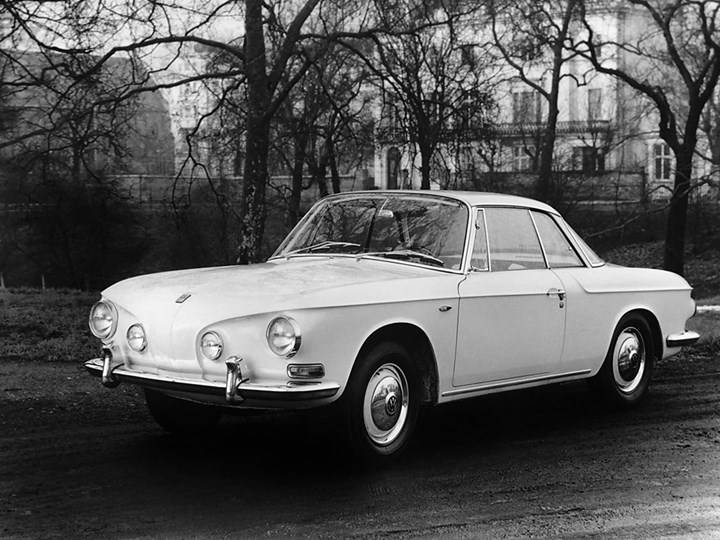 Thanks to its ultra-proven mechanical base, the Karmann-Ghia is generally very reliable and will take you anywhere, provided that you are patient, as its low horsepower limits the performance potential. Like all cars of its time, it is susceptible to corrosion but the good news is that many parts are still in production. The first examples, christened "Lowlight" by enthusiasts, are the most sought-after, as are the Type 34s, which appeal by their rarity and uniqueness. The first prices for a Karmann-Ghia start at 15.000 € for a good example of the first series to exceed 40.000 € for the most desirable versions. 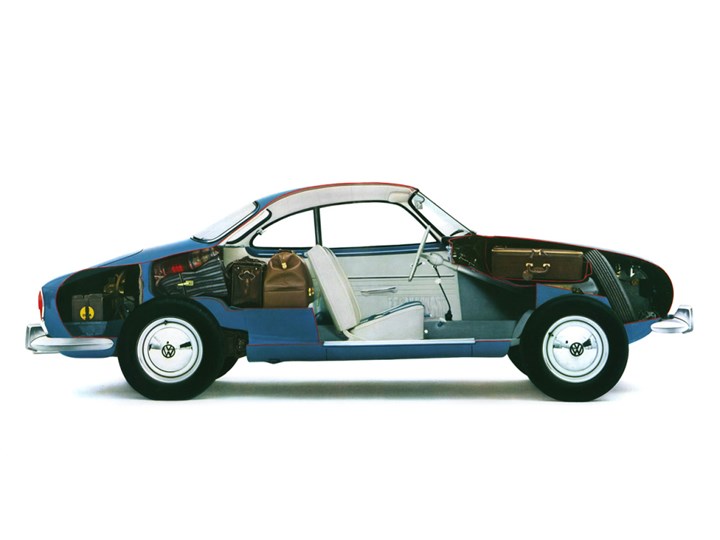 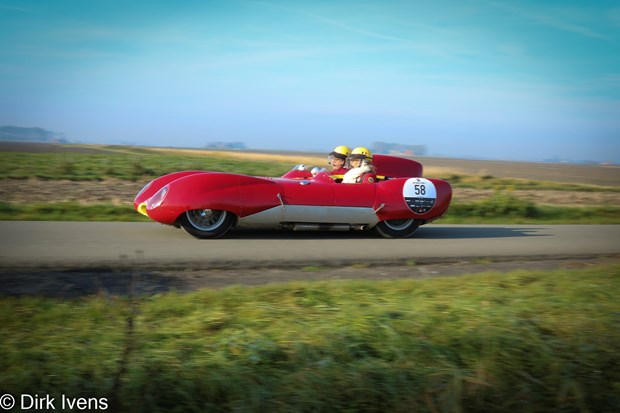 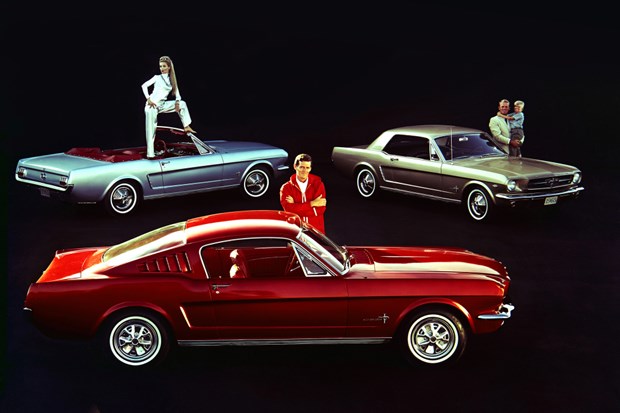