In a period of just 10 years, Facel Vega established itself as one of the most fashionable luxury car brands of the 1950s and 1960s. Unfortunately, the adventure soon turned sour...

Founded in 1939, Facel (for Forge et Ateliers de Construction d'Eure et Loir) took part in the war effort and manufactured all sorts of parts for aviation, as well as gas systems for cars. The company is a subsidiary of Bronzavia, a company specialising in metal works for the aeronautical industry. The boss of the company was Jean Daninos, a renowned engineer who had started his career with Citroën. After the war, he was promoted to CEO of Facel, and reoriented the company's activities towards the subcontracting of bodywork for French manufacturers such as Simca, Panhard, Delahaye and Ford France. The firm's know-how was recognised and Facel participated in the construction of the Bentley Cresta, a beautiful coupé on a MK VI chassis produced in collaboration with Pininfarina. Clearly inspired, Daninos produced a coupé for his own use based on the Cresta, for which he designed the entire bodywork. Named Cresta II, this car gave rise to a new and ambitious project that would come to fruition 3 years later. 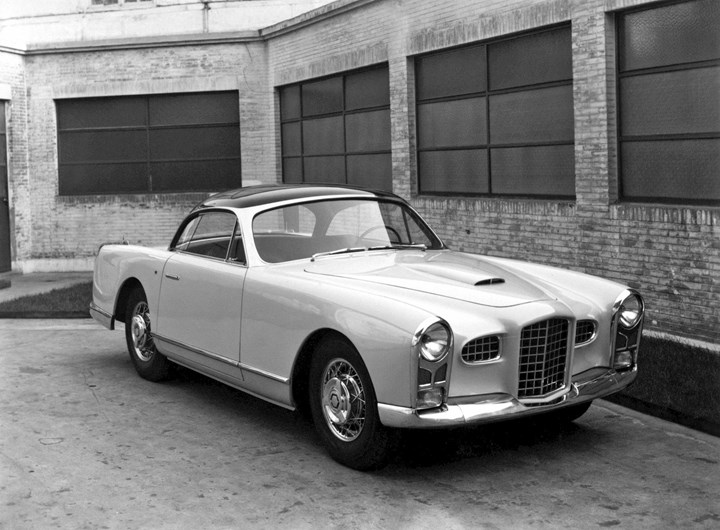 Vega, the most brilliant

In 1952, Pierre Daninos began designing a luxurious 2+2 coupé powered by an American V8, as he felt that no French engine had the necessary power and refinement to drive it with panache. Numerous road tests were carried out and these proved to be conclusive. For the name of the car, the company boss turned to his brother, the writer Pierre Daninos, who later enjoyed enormous success with his novel "Les Carnets du Major Thompson". The writer suggested "Vega", the brightest star in the constellation Lyra, as it was synonymous with luxury and prestige. The Vega was presented to the press at the Paris Motor Show in 1954 and was a great success. Production of the Facel Vega FV (later FV 1) began the following year: this coupé was distinguished by its rounded roof and curved windscreen, which made its lines very light. Under its bonnet, a large V8 engine of Chrysler origin enabled it to approach 200 km/h, a symbolic speed at the time. Two years later, Facel Vega returned with the Excellence, a large, stately saloon without central pillars. Like the FV 1, this one was equipped with a Chrysler engine. 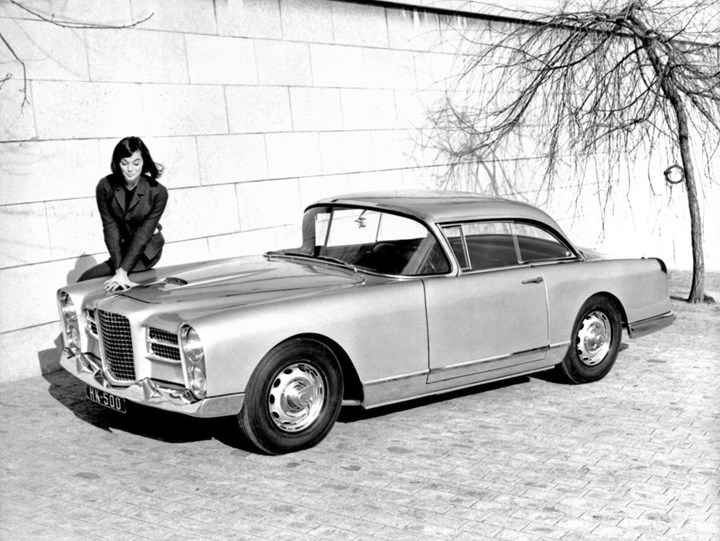 1958 saw the launch of the HK 500, the benchmark model for the French brand. This evolution of the FV 1 was equipped with the latest Chrysler technology, including four disc brakes. It was an immediate success and the car was adored by an international and very wealthy clientele. Owning a Facel Vega became a sign of success, a feat for a manufacturer that was still very young! However, Daninos soon realised that the brand needed a product that would sell in larger quantities. This is why the project of a small sports car was launched in 1957 and two years later, the Facellia was born. Unfortunately, this pretty car, marketed first as a cabriolet, then as a 2+2 coupé, used a French-designed 4-cylinder Pont-à-Mousson engine whose reliability proved disastrous. Facel Vega experienced numerous setbacks and the interventions carried out under warranty weakened the company financially, while its reputation was significantly damaged. The company was placed in liquidation in 1962 despite a substantial loan from the French government, but continued to operate. 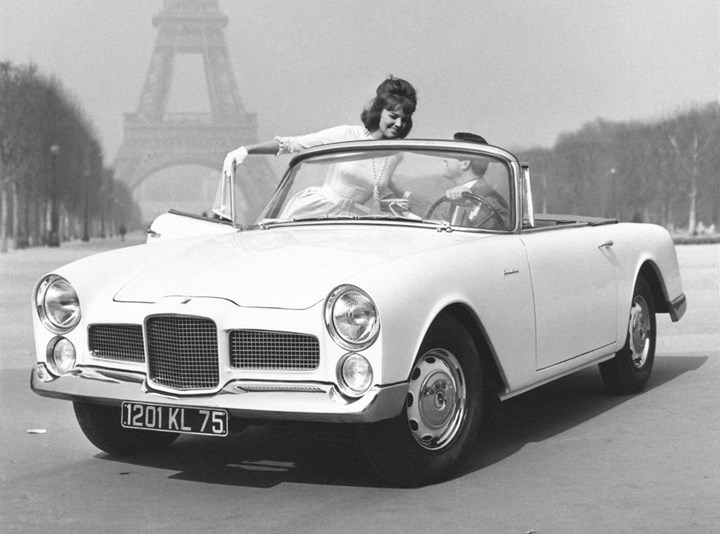 In 1961, Facel Vega presented the Facel II, a model that represented the quintessence of the brand. With its sublime lines and 6.3-litre Chrysler engine, it could compete with the most luxurious and fastest models on the market. For Facel, it was time to improve the Facellia's image by adding a Volvo B18 engine from the P1800, which was much more reliable than the Pont-à-Mousson block that had caused so many problems. As a result, the car was renamed Facel III, but unfortunately, the damage was done and sales had trouble taking off. The manufacturer decided to create an intermediate model between the Facel II and the Facel III: it was the Facel 6, created with a Facel III body, the front of which was somewhat lengthened to accommodate a 3-litre 6-cylinder block from the Austin Healey 3000. It was launched in 1964 but the financial situation of the brand was desperate. On 31 October of that year, Facel Vega was forced to close its doors for good. In 10 years of activity, just under 10,000 cars were built. The French car industry had lost its last real luxury brand, yet it lives on in the hearts of many enthusiasts, many of whom are working hard to restore and maintain the surviving cars, whose value varies from €40,000 to €200,000 depending on the model. 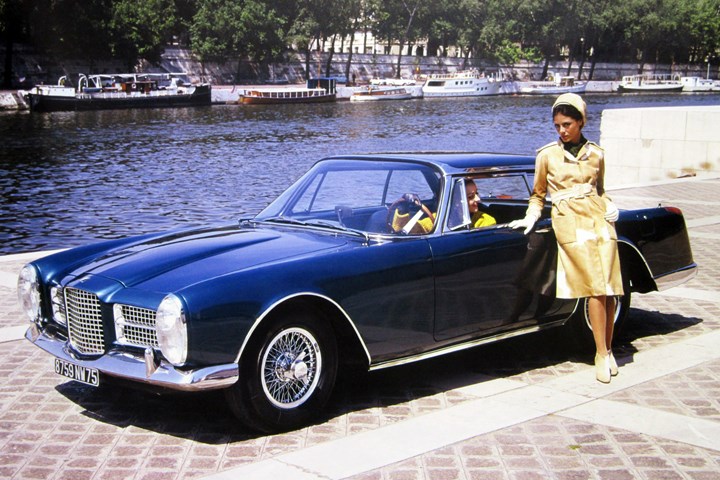 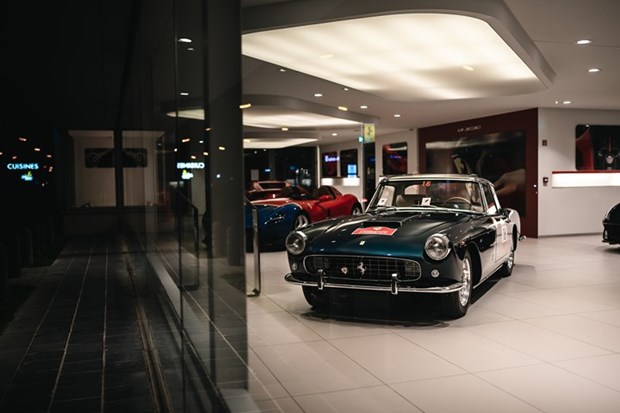 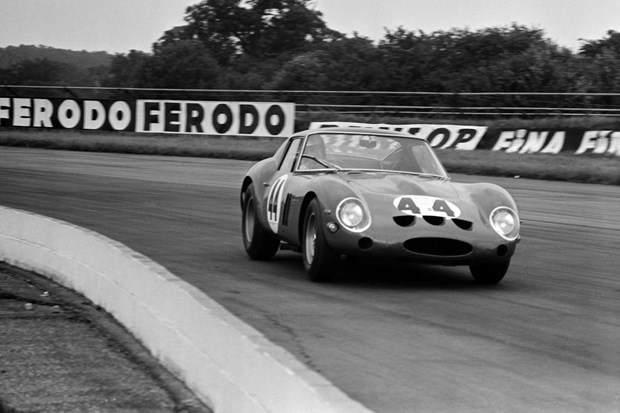