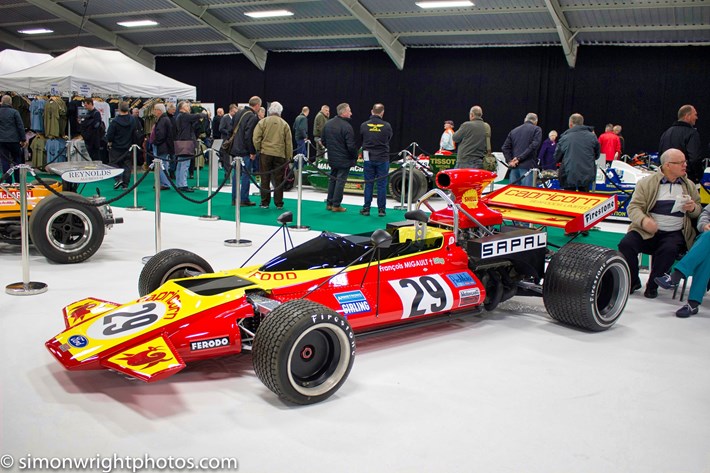 The Race Retro Show marks the start of the Historic Motorsport season in the UK. Europe’s number 1 International Historic Motorsport Show was held between the 23rd and 25th of February at Stoneleigh Park, near Coventry. This years show was the best of recent years, with an impressive display of vehicles gathered in the exhibition halls and probably the largest selection of historic rally cars assembled to run on the Live Rally stage which was held over the weekend. There was also a separate Auction sale held by Silverstone Auctions, with both competition cars, classic cars and motorcycles offered for sale.

A record crowd of 23,100 people attended over the three days, a ten percent increase over last year. The two star attractions over the weekend were Motor Sport Hall of Fame inductee Brian Redman, had flown in from the USA especially for the show, and double World Rally Champion Miki Biasion. Both appeared on the MotorSport stage at various times over the weekend. Biasion also drove on the Live Rally stage, to the delight of the crowd.

There were several key displays in Hall 3, around the Motorsport stage. The Miki Biasion display had a selection of rally cars, including a Lancia 037, a Ford Sierra Sapphire Cosworth and a Martini Lancia Delta Integrale.

Next there was another display of four cars from Prodrive, to represent the career of another Hall of Fame inductee  David Richards. These included a F1 BAR Honda driven by Jenson Button, a FIA World Endurance Championship Aston Martin GTE and a rally Porsche 911 SC RS which was the car that secured Prodrive’s first points in the World Rally Championship with 5th plane in the 1985 Acropolis Rally, driven by Saeed Al Hajri and John Spiller. To celebrate 40 years of Ground Effects in motorsport there was the Colin Chapman designed Lotus 79, which is considered the landmark in  aerodynamic design. It took Mario Andretti to the 1978 World Championship.

Next was a Williams FW07 which scored the Williams teams first Grand Prix victory at Silverstone driven by Clay Regazzoni in1979 and then took Australian Alan Jones to the 1980 World Championship title. Other single seaters included in this display were an F1 Arrows A4 and Ensign N180, a 1983 F3 Ralt RTS 3 F3 car and a pair of F2 cars including a 1979 Chevron BMW B48-79 and a Toleman TG280. Finally, representing sports car racing was a Porsche 956, the first Porsche to use Ground Effect aerodynamics. The design generated three times more downforce than the Porsche 917.

There was a tribute to the late, great American driver Dan Gurney with the display of a Grand Prix McLaren M14A he drove in 1970. Possibly the most eye catching car in the whole show was the recently restored and colourful red and yellow Connew Formula 1 car from the early 1970s.

The main club displays were in Hall 2, where you entered the show. The main area was Speed Street, that cut right through the middle of the hall. The HSCC had the largest stand, featuring eight cars representing many of the  different championships that the club run. One of the special cars on display, was a Chevron B8 to show the clubs celebration of the model at this years Oulton Park Gold Cup meeting. The VSCC only had a single car on their stand, ERA R4D as currently driven by Nick Topliss. This was the only D ever built, as a works development vehicle and it once belonged to Raymond Mays. The Midland Automobile Club (MAC) who run the Shelsley Walsh hill climb course had a Formula 2 Toleman single seater on display, which had run at last years Classic Nostalgia meeting.

Rallying was well represented in Hall 1, with a large display from Rallying with Group B, which were also running the Live Rally stage outside. There inside display included a MG Metro 6R4, a Ford RS200 and a Ford Escort. Marathon rallies, such as the London to Sydney and World Cup Rally were remembered with several different displays. These events seemed to have a different breed of rally car to those that were winning on the shorter stage rallies like the RAC Rally and the Monte Carlo Rally. The Long Distance events had rally cars like the Austin 1800 ‘Land crab’, Austin Maxi, Hillman Hunter and the Ford Cortina.

Moving outside, Rallying with Group B had assembled an entry of over one hundred rally cars to run demonstration laps round the tarmac rally stage. The layout and length of the stage had been altered since last year to allow the running of several cars at a time. The stage had two sessions each day on Saturday and Sunday. Before each rally session, the British Historic Kart Club used part of the course to demonstrate around forty Karts built between 1960 and 1982. The Rally cars included  around tents Group B rally cars, including Audi Quattro, MG Metro 6R4, Ford RS200, Peugeot 205 GTi and Renault 5 Turbo. The star attraction on each day, was double World Champion Miki Biasion back behind the wheel. On Sunday he drove a beautiful Lancia Fulvia instead of the intended Lancia Integrale, which had developed problems. Other famous drivers in action were former British Rally Champion JimmyMcRae and his son Alistair, driving various cars, including a Vauxhall Chevette HSR and a Subaru Legacy. Another seasoned veteran crew reunited were Bron Burrell and Tina Kerridge with their Austin Maxi they drove in the 1970 World Cup Rally. Other historic rally cars in action included the Fiat 131 Abarth, the Ford Sierra Cosworth, the Opel Ascona and Triumph 2.5Pi plus the still popular Mini Cooper. Adding a bit of variety were a Range Rover Evoque in a Dakar type specification with high ground clearance and a rocket ship Arial Nomad which looked really fast round the corners. One spectacular incident was on Sunday when Christian Prynne did a complete roll over in his Peugeot 205. Fortunately no one was injured and the car came to rest back on its wheels and after a slight pause, he carried on to finish the stage.

The next Race Retro will be held on the 22nd-24th February 2019. For more information see www.raceretro.com 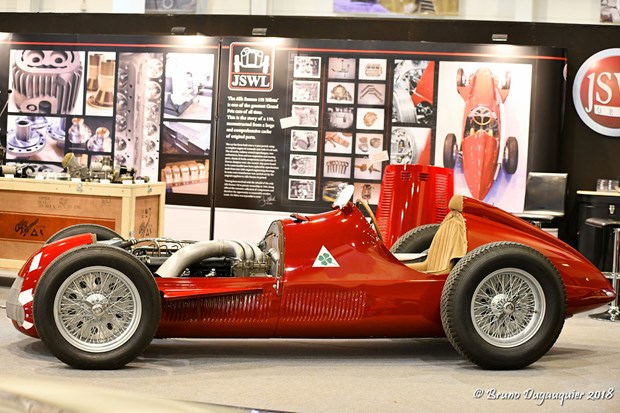 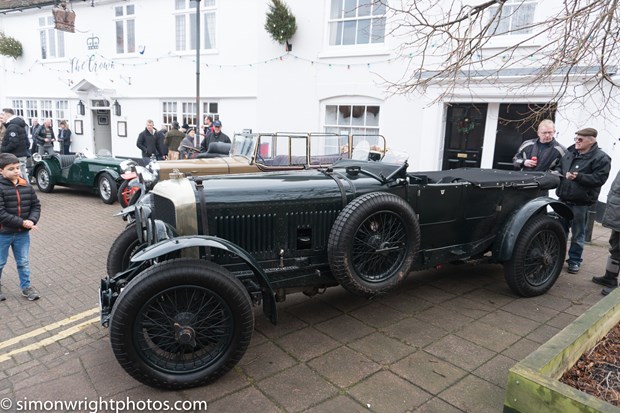