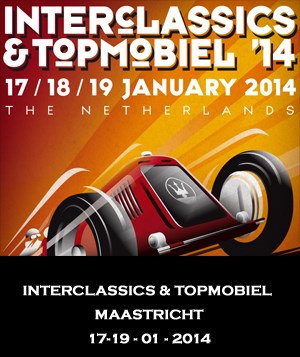 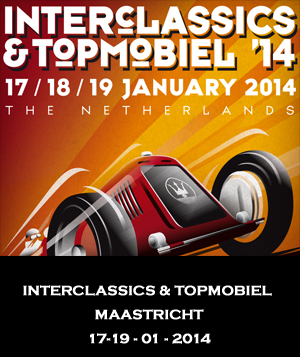 Maastricht, 20 January 2014 – Last weekend, the 21st edition of InterClassics & TopMobiel, the largest classic car event in the Benelux, took place at MECC Maastricht. This year, for the first time, the exhibition covered an area of 33,000m². With themes such as ‘100 Years of Maserati’, ‘Mustang Big Screen Heroes’ and ‘Pre War Race Legends’, the classic car event drew a record-breaking 27,974 visitors to the MECC. This was an increase of more than 27% compared to the previous record set by the 2013 edition, which attracted 21,928 visitors.

During the 2014 edition, a record number of top items were also exhibited. In collaboration with organisations such as the Maserati Club Holland, TopMobiel presented the 100 year history of Maserati by displaying some thirty exclusive models, including the 8CM Monoposto Grand Prix Car, the Eldorado 420M58, the Tipo 61 Birdcage, the A6GCS Berlinetta Pinin Farina and the 6CM.

At the ‘Mustang Big Screen Heroes’ show pavilion, visitors could admire six movie heroes from films such as ‘Gone in 60 seconds’, ‘Goldfinger’, ‘Bullit’, ‘Diamonds are Forever’, ‘Thunderball’ and ‘Charlies Angels’.

At the Pre War Race Legends pavilion, twelve original pre-war race cars could be seen, dating from 1902 to 1936. Never before had so many Pre War Race Legends been together in the same location. Names on display included Alfa Romeo, Bugatti, Lagonda, Riley, Talbot, Sunbeam, Alta, d’Yrsan, Roland Pillain and Volpi.
Coys Europe, a prestigious British auction house, auctioned off 43 highly exclusive classic cars, including the Lola T70 MK 2 Spyder (1966), which was sold for €370,000. All of the auction pieces were available for viewing by the public throughout the entire weekend.

The TopMobiel Preview Night was held on Thursday evening, on the eve of the first exhibition day. During this evening, those who attended were able to enjoy culinary highlights surrounded by the most exclusive models from Maserati’s 100 year history. This culinary journey of discovery was led by former three-star chef Cees Helder in collaboration with Maison van den Boer. TopMobiel Preview Night supported the foundation Je Droomauto (Your Dream Car). The mission of this foundation is to give children with a disability an unforgettable day by letting them ride along in a highly exclusive car during a tour of Limburg’s hilly countryside. The auction raised €20,000 for this charity.

The organisation, the visitors and more than 340 exhibitors were very enthusiastic about the high-quality and wide variety of displays at the exhibition, the combined themes, the great atmosphere on the floor and the overwhelming media attention.

The next edition of InterClassics & TopMobiel will be held at MECC Maastricht from Friday 9 to Sunday 11 January 2015. 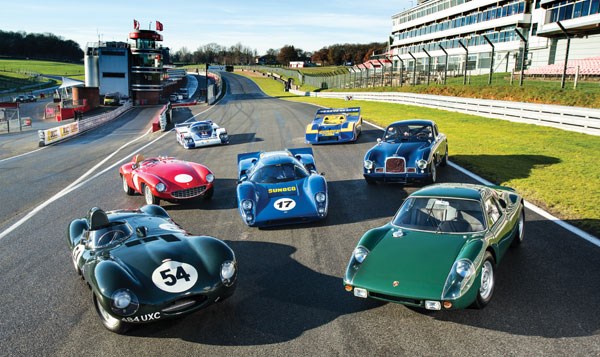 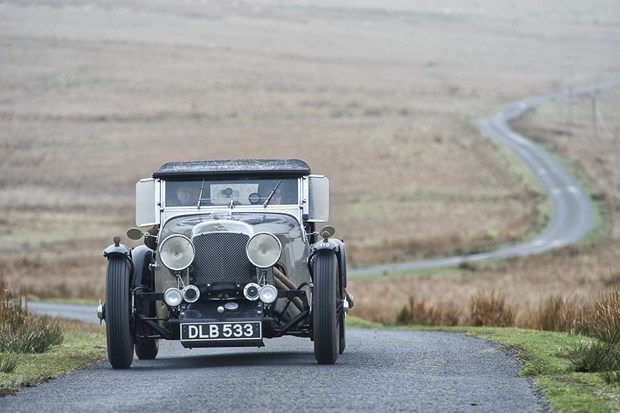