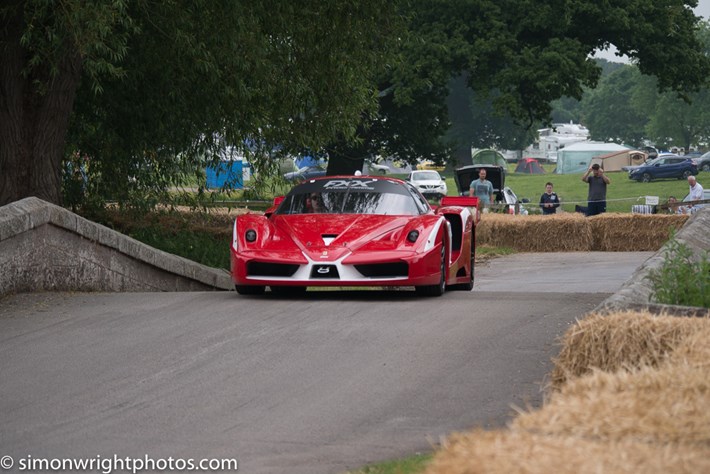 Over the last nine years, The Cholmondeley pageant of Power has continued to evolve in to one of the North of England's premier historic motorsport events and this year the name changed to Cholmondeley Power and Speed which  to reflect the nature of the event. This years event had a super car theme, with many famous marques represented by their most potent high performance sports cars, many of which would try to break the outright circuit record. The star car was an iconic Ferrari FFX in true Maranello scarlet, which sounded fantastic as the 6.3 litre V12 engine sang out as the track day car stretched its legs round the Cholmondeley track. Unfortunately it was not in contention for fastest time as the owner took the hump back bridge very cautiously with the low ground clearance of the Ferrari.
The 1.16 mile circuit offers quite a few features unique in British motorsport, with a Bailey bridge just after the start line, a fast curving straight down Chestnut avenue followed by a couple of sharp and narrow left hand bends by the Lodge, followed by a long straight, broken up by a chicane under the footbridge  and a narrow left hand curve at Chapel, between a large tree. The sweeping right hand curve at Lozenger allows a fast entry over the dip towards the final sharp left hand bend at Castle which is immediately followed by the hump back bridge before the finishing straight. Most of the serious contenders get all 4 wheels off the ground over the hump back bridge.
Former winner Niki Faulkner continued to prove himself the King of Cholmondeley Castle, with his high flying Ariel Atom setting the fastest time over the weekend with a time of 60.98 seconds. He managed to maintain honour for the four wheeled brigade just beating some of the powerful Super Moto motorbikes, who did wheelie displays on the start straight before their serious runs. Christian Iddon and Andy Mitchell were 2nd and 3rd overall on Husaberg FS650 motorbikes with times of 61.37 seconds and 62.64 seconds, while also on Super Moto bikes were Matt Winstanley and Chris Hodgson both ridding a Husqvarna FS450 who took 4th and 5th. In fact it was only Duncan Cowper driving a DAX Rush MC in 6th place and winner Faulkner that prevented a complete motorbike walkover on the track, with bikes filling the other seven places in the top ten.
Third in the cars was Oliver Webb driving the locally built BAC Mono 2.5 who took 10th overall with a time of 65.32 second. The fastest single seater racing car was a Cooper T43 driven by Andrew Smith in to 12th overall with a time of 66.01 seconds.
The event was sponsored by Zenith and the various winners were awarded Zenith Watches. Niki Faulkner in the 2016 Ariel Atom was fastest overall and won the Fastest car post 1966 class. The fastest car Pre-1966 went to Keith Fell in a Lotus Elan 26R. The watch for the Regularity Bike competition went to Ben Luke ridding a 2009 GG Quadstar and the final watch went to Steve Graham in a 1951 Nash Healey who won the Regularity car competition. 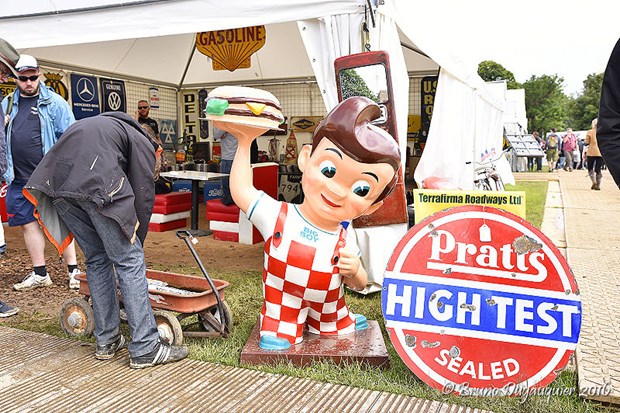 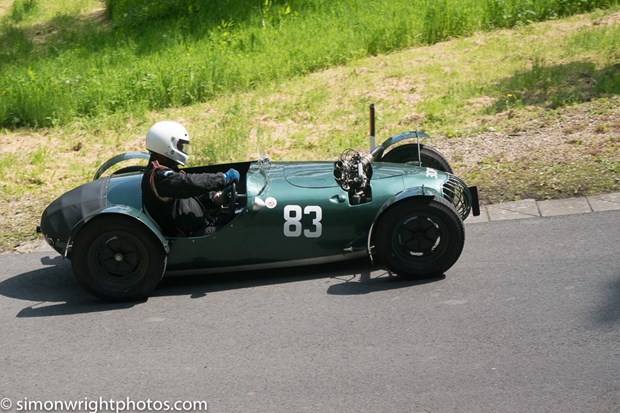