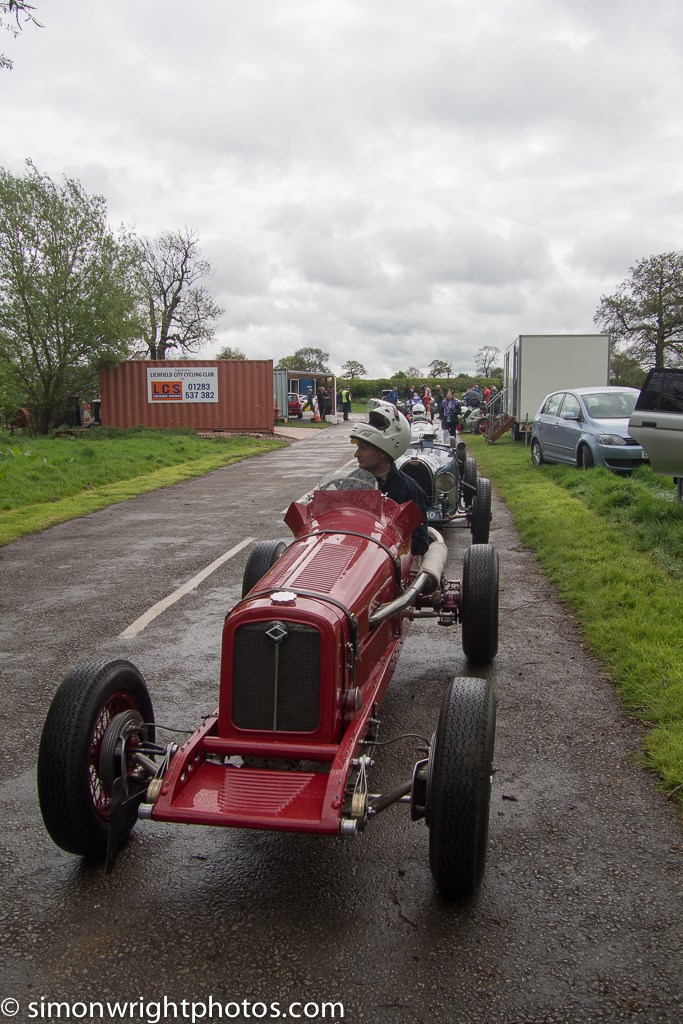 The annual Vintage gathering at Curborough, near Lichfield, took place over the May Bank Holiday weekend. The track is fairly short in length, but has a nice mixture of fast corners and tight tricky bends, plus a nice long straight to really open up the throttles of these vintage racers.

As usual there was a capacity entry of cars entered, some being over 100 years old. The oldest car entered was a 1903 Mercedes 60HP driven by Roger Collings and it was not the slowest car on track.  There were six cars in the Edwardian Class over 100 years old with Mark Walker the fastest in his 1905 Darracq 200HP with a fastest time of 41.82 seconds. The overall winner of the Curborough Trophy for the Fastest Time of the Day was Tony Lees driving a 1925 AC/GN Cognac with a time of 37.52 seconds. The fastest Vintage car was not far behind, with Charlie Martin fastest in his 1930/28 Morgan Special with a time of 37.76, only 0.24 of a second off the fastest time of the day. The other class winners included Mrs Jo Blakeney-Edwards in a 1929 Frazer Nash Super Sports, Alistair Pugh in a 1939 Frazer Nash BMW 328, Greg Lerigo in a 1932/35 Riley Special,Jeffrey Edwards in a 1934.35 Alvis Sports Special, Carl Gray in a 1922/34 Hardy Special Racing S/S and finally Tom Walker in a 1918 Amilcar-Hispano Special.