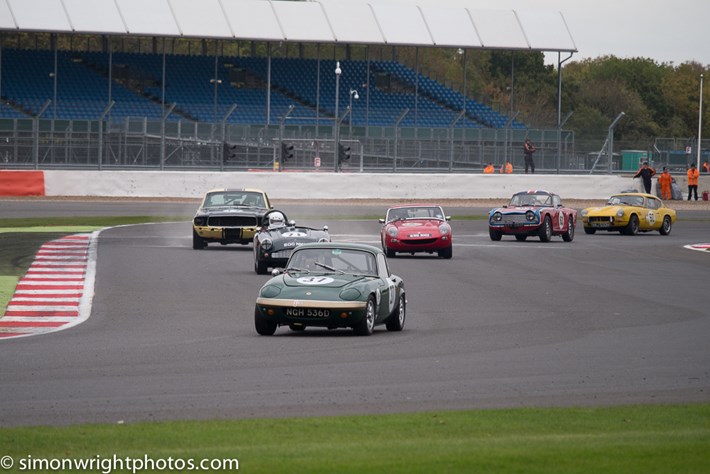 It was a cold and dull day that dawned at Silverstone in the middle of October, when the Historic Sports Car Club ran their Finals Historic Race Meeting. While it was a cold wind blowing across the National circuit, the action was red hot, with both Historic Formula Ford races being red flagged almost straight after the start. The Qualifying race had a multi car accident bringing out the red flag and the results were declared after just 2 laps. The accident started at Brooklands when Roy Siergiejew spun the Macon Mk8 after possible contact with Bill Cowing in the Ginetta G18B who ran wide on the exit. Ross Drybrough, who was declared winner in his Merlyn Mk20, collided with Siergiejew and the rest of the field piled in to the accident. Oliver Smith got his Marcon MR7B airborne over James Lovett’s Lola T200 while Philip Walker  in his Crossle 16F and Dick Dixon in his Lotus 61 smashed through the pile up.  Michael Richings Alexis Mk15 and Peter Hannam  were also involved and spun off on to the grass. When the dust cleared there were six cars wrecked in the middle of the track, so they had to red flag the race to clear the track.

The Championship race later in the day was also red flagged after an accident on the Club straight saw Simon Toyne and Mark Draghicescu touch wheels and rolled in a nasty accident that fortunately saw both drivers OK. After the cars were removed, the race was restarted as a shorter 10 minute dash which saw Ben Mitchell driving a Merlyn Mk 20 won by just 3 thousands of a second from returning former champion Neil Fowler in a Lola T200.

The HSCC/HRSR ByBox Historic Touring Cars also provided a thrilling race with Tim Davies in the little Ford Lotus Cortina chasing hard after Peter Hallford in his mighty Ford Mustang for the race victory. Behind the leading pair there were a couple of fantastic battles, one between three Lotus Cortinas and an Alfa Romeo Giuliana Sprint GTA and the other between five Austin and Morris Minis and a Hillman Imp.

Max Bartell clinched the Classic Formula 3 title in his Chevron B34 by finishing in 6th place in the race. Ian Jacobs took a close win in the race, his Ralt RT3 was just under 2 seconds ahead of Richard Trott in a Chevron B43.

The Historic Formula Junior race saw a battle between Sam Wilson and Andrew Hibberd in their similar Lotus 22 cars,with Wilson taking victory in his 20/22 by nearly 5 seconds after a 20 minute race.

The other single seater race saw a relatively small field contest the Derek Bell trophy race, with only two ‘Big Banger’ Formula 5000 cars in the eleven car field. Although Silverstone’s national circuit is a fairly fast circuit, it was the bible Formula 2 March 79B of Richard Evans that took a very close win by just over half a second from Neil Glover in the Formula 5000 Chevron B37 and Frank Lyons in the other Formula 5000 Gurney Eagle FA74, who was over 16 seconds behind in 3rd place.

The other Championship that was decided at the meeting was the Guards Trophy. Mike Gardiner finished 7th overall, but first in his class driving his powerful TVR Griffith to clinch the title. George Gizzard won the race in his Lenham Spider chased by four Chevrons driven by James and Michael Schryver, Mark Coleman and Charles Allison.

The Historic Road Sports race always attracts an interesting variety of classic cars and saw Peter Shaw take the win in his Lotus Elan S1 ahead of the Morgan Plus 8 of Kevin Kivlochan.

The final race of the day was the 70s Road Sports and as the daylight slipped away it was the Lotus Europa of Jim Dean that took the final chequered flag of the day. 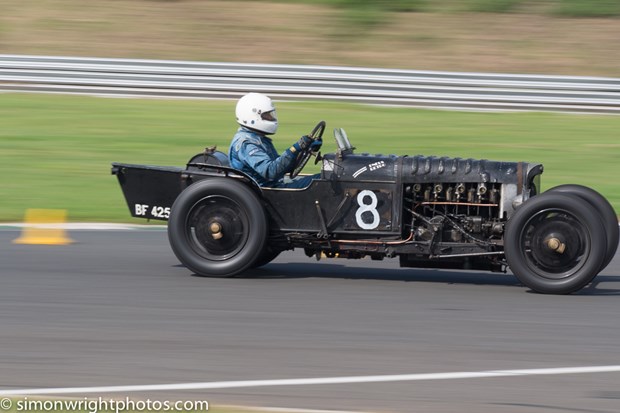 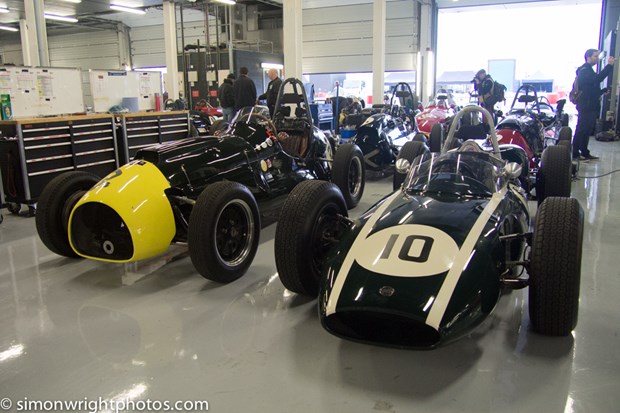