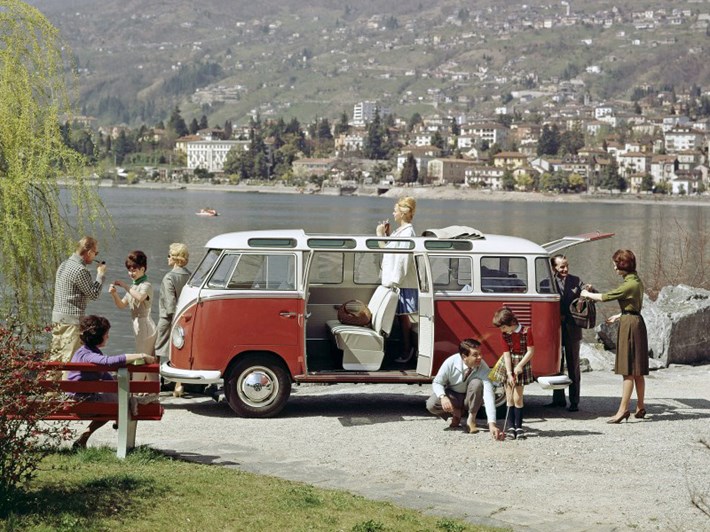 The Volkswagen Transporter, a small multi-purpose utility vehicle that revolutionised the history of the automobile is still as relevant as ever.

The story of the Volkswagen Transporter began with Ben Pon, the Dutch importer of the brand. He was looking to develop a small, all-purpose utility vehicle based on the Beetle. During a visit to the Wolfsburg factory, he spotted a curious vehicle developed specially for production purposes. Called the "Plattenwagen", it was a chassis converted into a transport platform on which the driver sat above the engine. Inspired, Ben Pon drew a sketch on a piece of paper of what would become the Volkswagen Transporter. In this vehicle, the driver's seat was at the front and the loading area at the rear. The idea appealed to VW's top brass and four prototypes of the "Type 2" were built between 1947 and 1949. In 1950, the Transporter was launched. What started out as a practical but somewhat austere utility vehicle was full of potential, as there were so many possible layouts. Amongst these, Volkswagen quickly imagined making it a vehicle for transporting people. 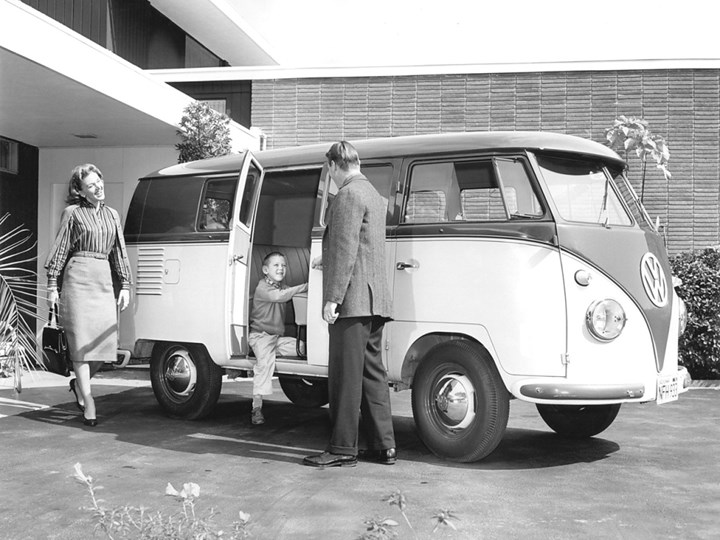 The German manufacturer had set itself apart from the competition by marketing several versions of its van, both for utility purposes and for transporting people. Thanks to its large interior space, the "combi" was an excellent minivan before its time. First of all, there was a simple version with rows of seats, as well as a more interesting 'luxury' version which was distinguished by its two-tone paintwork, decorative aluminium strips and front bumper. The most striking feature of this vehicle was its panoramic glazing with skylights, which was previously only known in the coach sector, and which had enabled the little Volkswagen to become the "glass tourist bus". To add to its cachet, it was equipped with a large canvas sunroof that gave passengers the impression of being in a convertible. Thus equipped, the Transporter was ready to seduce families or communities looking for a versatile and comfortable vehicle. A great luxury for its time, the little bus could even be fitted with a car radio with lamps, equipment that definitely distanced it from the utility vehicle it was at its core. These specifications were nevertheless invoiced at DM 3,000, a substantial amount at the time. 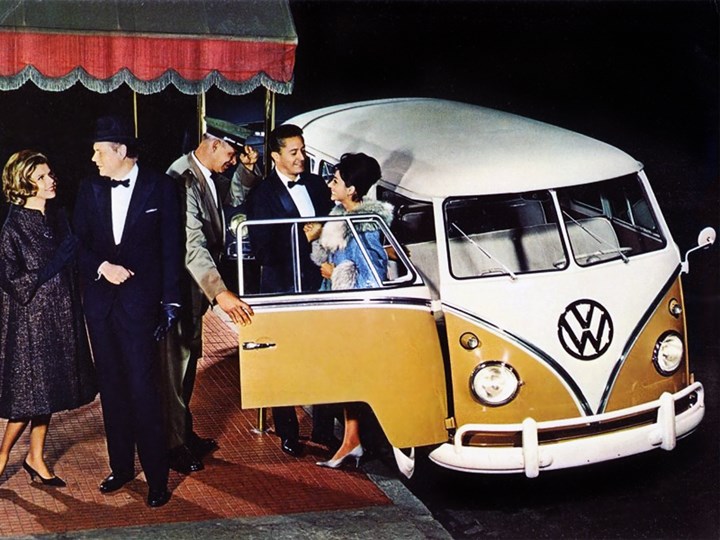 This 'luxury' version was presented at the first post-war German Motor Show in Frankfurt in 1951. To mark the occasion, Volkswagen pulled out all the stops with an impressive 1,350 m2 stand where visitors could admire a reproduction of part of the Beetle's production line. In the context of the euphoria, Volkswagen's little bus was causing a sensation. Very simply called a "special version" in the German market and a "De Luxe" microbus in the United States, it was quickly dubbed "Samba" by customers. The exact origin of this name is not clear today. It could be derived from Sonnendach-Ausführung mit besonderem Armaturenbrett (sunroof model with special dashboard) or Sonder Ausführung mitbesonderer Ausstattung (special model with special equipment). However, it is not only in popular parlance that the little bus is nicknamed in this way. In 1954, the name "Samba" was officially listed in the Netherlands. Series production of the VW 'Samba' minibus began on 27 June 1951. It could carry up to 9 people and was equipped with a total of 23 windows at the beginning. It was initially equipped with a 1,131 cc engine developing 25 hp, capable of taking it to 85 km/h. Later, the block was upgraded to 1,192 cc and the power increased to 26 and then 30 hp. In 1962, the bus received a new 1,493 cc engine with 42 hp, which enabled it to reach 105 km/h. The following year, the Transporter received a facelift with a wider tailgate and window. As a result, the Samba lost its two corner windows and had 21 glass surfaces. Until 1967, just over 100,000 units were produced worldwide. 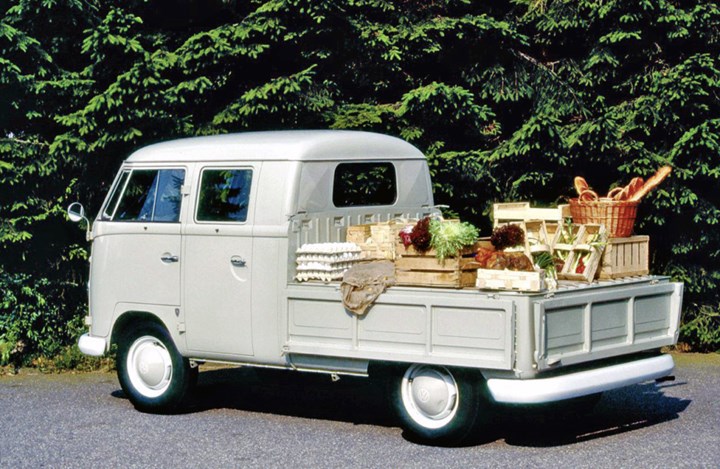 The Volkswagen T1 has become a symbol of the carefree spirit of the 1960s and is now everywhere, in films, on television and on countless gadgets. For the past decade or so, it has been highly sought after by collectors around the world, who have been snapping it up at a premium. Many examples on the market come from the American market and have had many lives before arriving here. This explains their advanced wear and tear. Beware of vehicles made in Brazil with poor quality steel. Fortunately, almost all spare parts are remanufactured. The price varies greatly depending on the bodywork of the T1: beautiful examples range from €30,000 to €100,000, or even more for the first examples known as "Barndoor" in reference to their large engine bonnet. The popularity of the Transporter is such that it has prompted Volkswagen to take inspiration from it to develop its ID.Buzz, the latest vehicle in its electric range. A nice nod to the past! 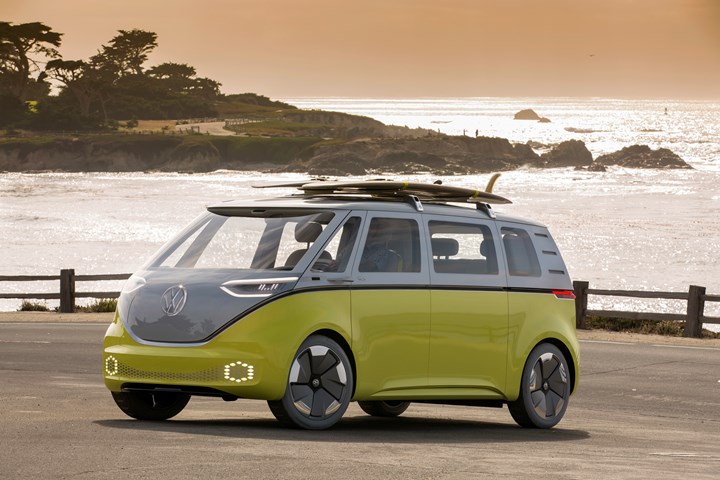 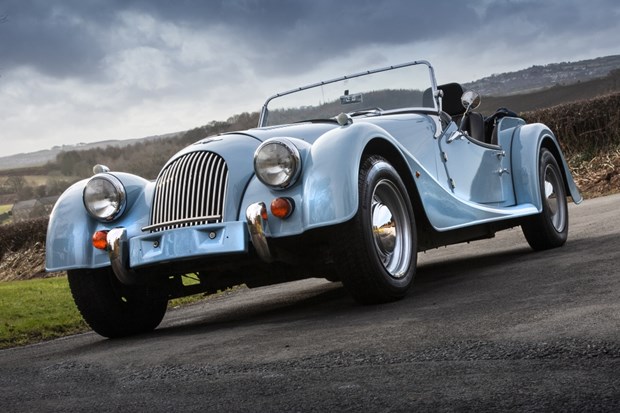 Morgan 4/4 : The definition of perseverance! 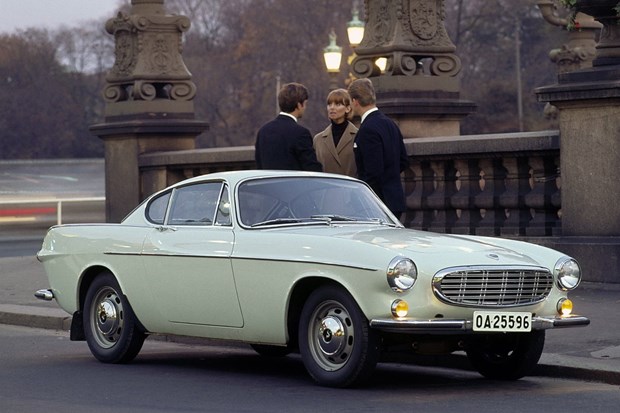