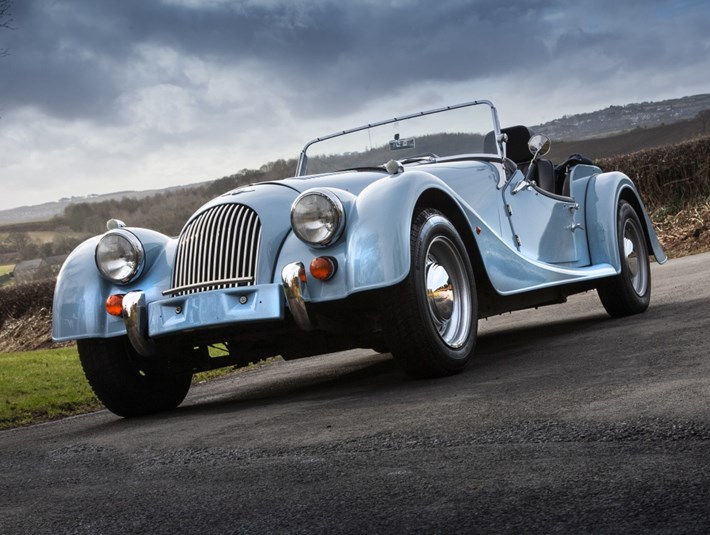 As British as a Chesterfield sofa or a cup of tea, the Morgan 4/4 is certainly one of the longest-running models in automotive history.

Since 1936, Morgan has been building its cars according to the same unchanging ritual: an ash frame is placed on a steel chassis and a body is attached to it. This archaic manufacturing process makes the manufacturer a curiosity in today's automotive world. Extremely traditionalist, until very recently the company has belonged to the same family since its beginnings and its singularity makes its customers particularly devoted to its cause. It must be said that you have to be really passionate to wait for almost a year to receive your new car! Built individually in a factory where time seems to have stopped, the Morgan can be totally personalised according to the customer's wishes. A pleasure car par excellence, they are a sort of Proust's madeleine for enthusiasts all over the world because they evoke the automobile of the '40s and '50s while being mechanically adapted to the contemporary era.

Since its beginnings, Morgan has marketed only a few different models, the best known of which is certainly the 4/4. Its name actually refers to the brand's first 4-wheeled car with a 4-cylinder engine. Launched in 1936 as a 2- or 4-seater roadster, it represented the future of the brand, which until then had only produced 3 wheeled cars. However, the familiar Morgan 4/4 was launched in 1955. Although quite similar to the first version, it was a new car that used the Plus 4 chassis. It had independent suspension at the front along with disc brakes and a rigid axle at the rear. Under the bonnet was a Ford engine developing 36 or 40 hp. Over the following years, the 4/4 received modifications such as a longer chassis and Ford engines with increasing power. In 1968, it was available as a 2- or 4-seater and was fitted with a 1,6-litre Kent engine which, depending on the version, produced between 70 and 95.5 bhp. As a result of the semi-commercial production, other engines appeared, including a 98 bhp Fiat twin-shaft between 1981 and 1985, and the 1.6-litre engine from the Ford Sierra, which brought with it the 5-speed gearbox in 1984. Fuel injection was introduced in 1991. The 4/4's engine capacity increased to 115hp with the 1.8 Ford Zetec in 1993. Following the technical developments of the manufacturer with the blue oval, Morgan equipped its car with the 125 bhp Duratec from 2006. Finally, the Sigma 1.6 appeared three years later: with 110 bhp, it took the roadster to a top speed of 185 km/h and was mated to a 5-speed gearbox. From 2012 onwards, it was combined with a Mazda transmission until 2018 when the model was discontinued due to increasingly stringent emission standards. Today, only the Plus Four and Plus Six remain in the catalogue. 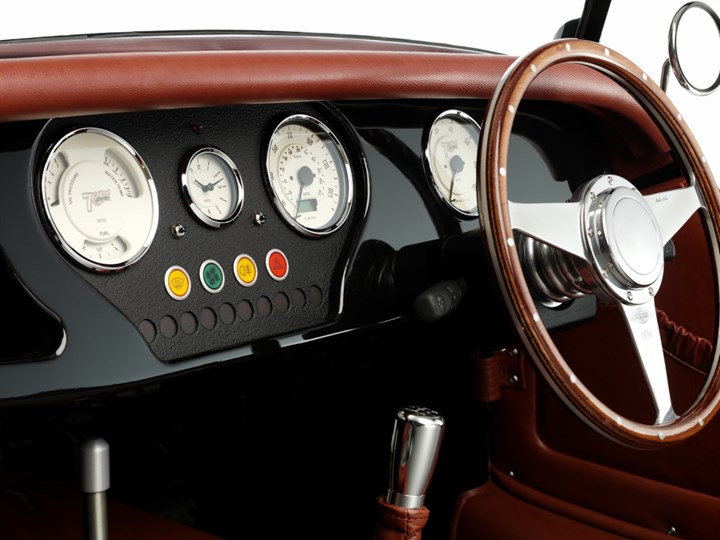 Finding a 4/4 is not complicated as the majority of the cars produced still exist, most have always been used as a 2nd or 3rd vehicle and have not had a hard existence. The price of a semi-crafted construction is that they are assembled with various original parts and the quality is not always perfect. If the Ford blocks are very strong, the same cannot be said for the fittings or the chassis, which are susceptible to rust. When you buy one, you have to keep an eye on the condition of the ash parts, otherwise you will have to play carpenter to replace the rotten parts. For the rest, this is a British car whose parts are mostly remanufactured. Highly prized by open-air enthusiasts, Morgans have a high price tag, starting at €30,000 for an early 1980s model in good condition. The more recent ones are more sought after because of their modern technical features which make them better suited to long journeys. 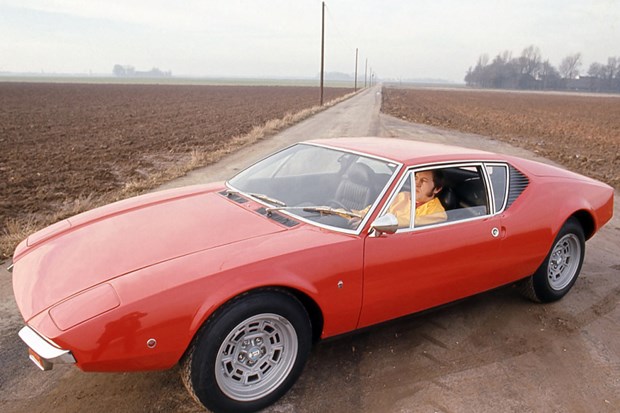 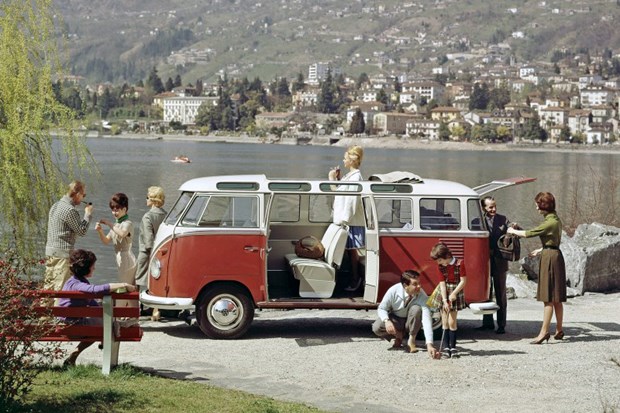