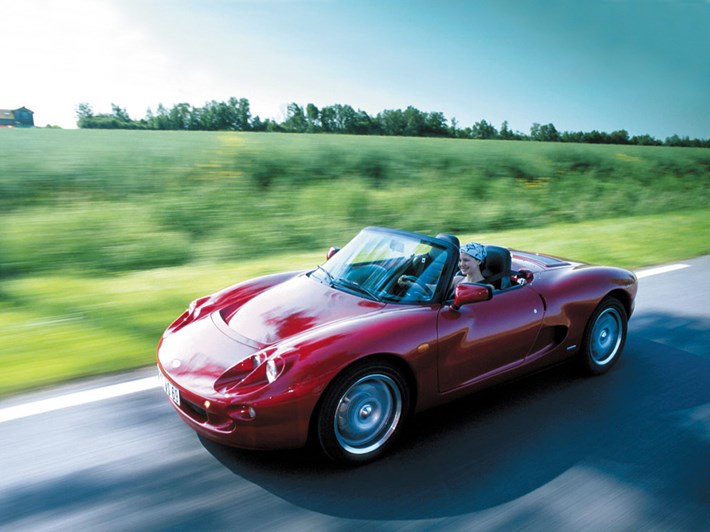 Descendant of a family of car manufacturers, Xavier de la Chapelle wished to mark the history of the French car with interesting machines but condemned to be produced in very small series.

At the beginning of the 20th century, the automobile industry was booming and many small manufacturers were embarking on this adventure. The Lyon region was a fertile ground for its entrepreneurs who were particularly concentrated there. Among them, the brothers Guy and Carl Dela Chapelle started their activities by building motorcycles, before gradually turning to quadricycles. Called "Stimula", their brand produced a few models of cars before ceasing its activities in 1923.

The name fell into disuse until Xavier De la Chapelle, a descendant of the founders and a vintage car enthusiast, decided to revive Stimula in 1975. He then turned to the luxury market and decided to develop a modern evocation of the Bugatti. He surrounded himself with Jacques Hubert, an engineer by trade and designer of the Matra Djet. Together, they produced three prototypes of what became the Dela Chapelle 55. However, the commoner mechanics of Opel origin of this one did not satisfy Xavier De la Chapelle who had great ambitions. He then contacted the importer of BMW in France to use the engines of the Bavarian manufacturer. His bold move paid off because he was offered the use of their 6-cylinder blocks. The first De la Chapelle was finally born! 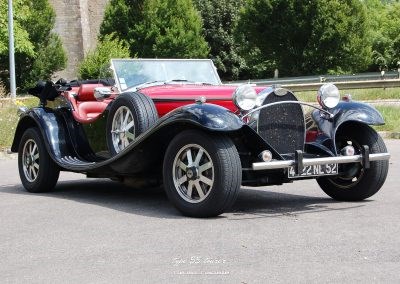 At the 1978 Geneva Motor Show, the first "Bugatti" bearing the name Stimula 55 was exhibited. The first French customer liked it and bought it directly. With a fiberglass body resting on a beam chassis, the car was not a Bugatti replica. It was inspired by it, while using modern technology (the 2.6-liter 143 hp engine) to offer a driving experience in keeping with the times.

The initiative pleased Messier-Bugatti, the owner of the French brand at the time, who authorized De la Chapelle to use its mythical coat of arms. Nothing was too good for the customers who were interested in the neo-retro products from Lyon. As the production was handcrafted, all finishes were possible, as well as preparations made by the best BMW specialists such as Hartge, Schnitzer or Alpina. Leather rubbed shoulders with precious wood, chrome and other quality materials. No doubt, Xavier de la Chapelle had reached his goal. 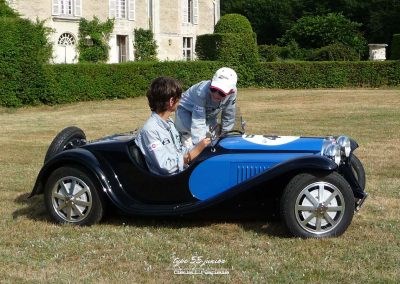 Dealing with a very well-to-do clientele, the Lyon-based industrialist imagined small models on a 6/10 scale for very spoiled children. Equipped with internal combustion engines, these cars were as luxurious as the real ones. Over the years, the "Juniors de la Chapelle" took on the features of the Bugatti 55, the BMW 328 or the Ferrari 330 P2.

The success was there (despite prices bordering on the indecent!) and more than 1,600 examples were manufactured. In parallel to his activities within his own company, Xavier De la Chapelle presided over Venturi between 1989 and 1992. At the same time, he developed a 55 coupé (1990), as well as the Atalante 57S (1992) which was inspired by the Bugatti of the same name. The same year, he presented the Grand Prix, a "sport" version of the 55. 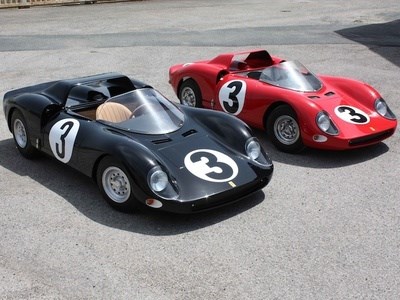 In 1990, Xavier de la Chapelle, who was definitely not short of resources, decided to diversify his activities by imagining a kind of luxury "super minivan", the Parcours. Equipped with a V12 Jaguar block (then Mercedes), this vehicle intended to shake up the industry since it could carry 6 to 8 passengers, never seen before in that segment. Only 3 vehicles were built between 1990 and 1994 and only the last one was approved for road use. With its strong 326 hp block, it was as quick as it was luxurious.

Unfortunately, its home-made production was very expensive and the project fell away. Xavier de la Chapelle was dropped by the Prim WestGroup, which also withdrew from Venturi, but he tried to continue the adventure even though he was experiencing financial difficulties. Regretting the disappearance of the roadsters, the Lyon native decided to launch himself in this niche with a more affordable model. With the help of former Matra and Venturi employees, as well as the designer Francis Lepage, he created the De la Chapelle Roadster which was presented at the 1996 Paris Motor Show.

Equipped with a Peugeot 405MI16 engine installed in the central rear position, this car didn't lack charm. An Indian investor was seduced by the project and bought the rights of the Roadster. For his part, De laChapelle undertook the development the product, as well as a factory to be set up near Bombay. The car was even exhibited in a local show but the unexpected death of the investor put an abrupt end to the project. The British company Reliant was then interested in the Roadster but only 3 vehicles were assembled before it went bankrupt. 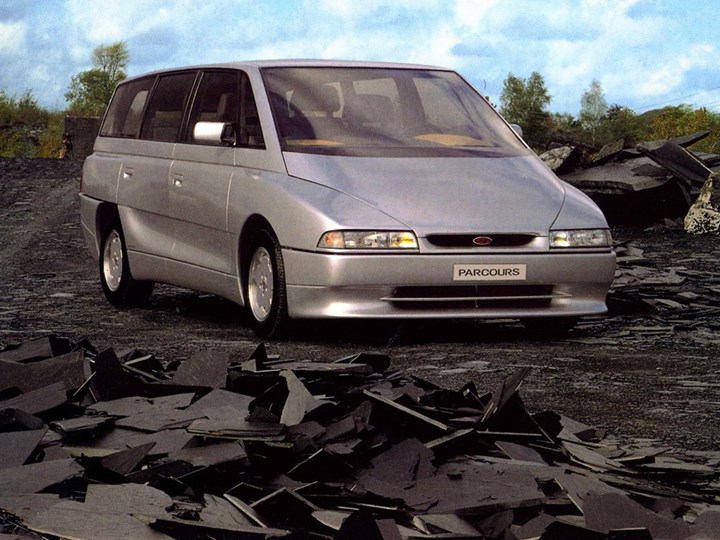 A route of obstacles

Xavier De la Chapelle's career path was full of obstacles, but it didn't stop there. Even as his activity as a car manufacturer was put on hold, he started consulting with DLC Engineering. His company then worked for the French quadricycle manufacturer PGO. Between 2014 and 2019, he studied the project of an autonomous shuttle called Navya.

In more recent times, Xavier De la Chapelle has returned to his first love with the crazy project of the Atalante V8, a new vehicle with a retro look but with very modern performance. Today, it is difficult to know the production figures of the brand. Nevertheless, the rare De la Chapelle that can be found from time to time on the market changes hands for close to 100.000 €. 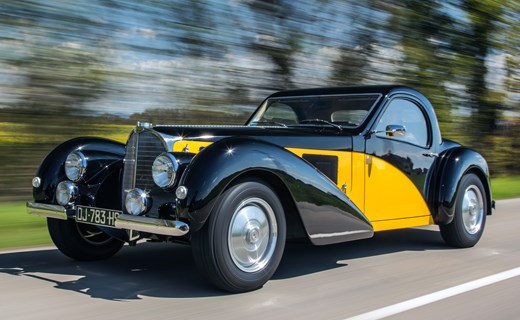 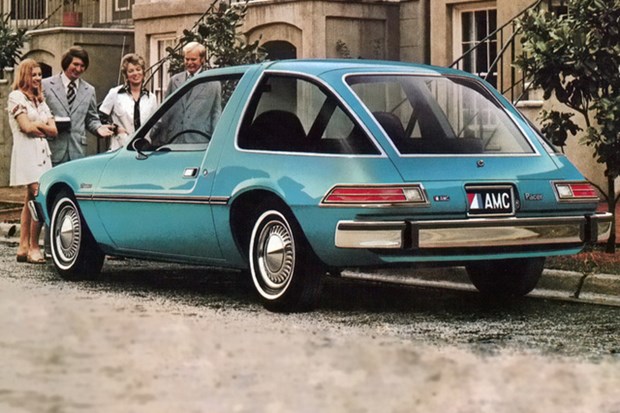 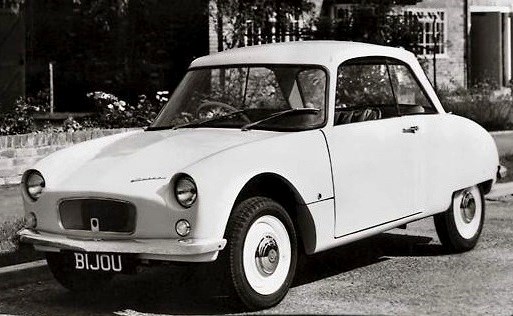