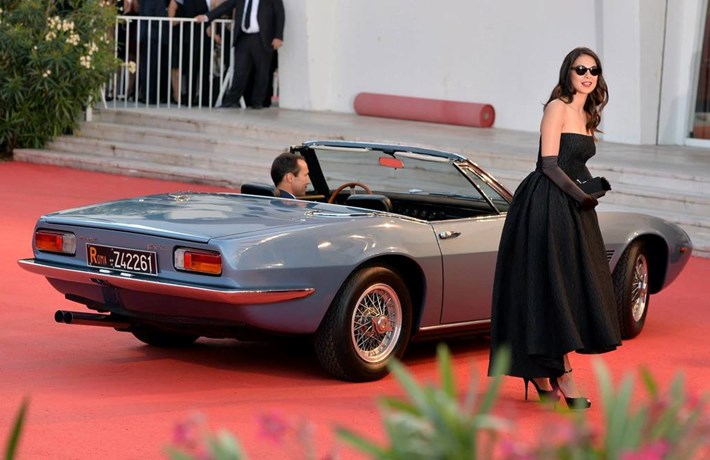 In 1966, Maserati launched one of the most beautiful GT cars in the history of the automobile: the Ghibli. Meet this competitor of the Ferrari Daytona and the Lamborghini Miura.

In 1966, the Ghia coachbuilder's stand at the Turin Motor Show presented two new models of particular interest: the De Tomaso Mangusta and the Maserati Ghibli. Designed by Giorgietto Giugiaro, the latter, like all the models of the brand, was named after a wind that blew between Egypt and Syria. Aesthetically, it was a masterpiece: very low and with a very long front end, it inspired speed, even when standing still. The pop-up headlights were integrated into the bodywork and revealed by electric control. With its large glass surface, the Ghibli flooded the interior with light.

In true GT tradition, the cabin was luxuriously appointed with high quality leather on the seats and doors, and suede on the top of the dashboard. To prevent the interior from turning into a furnace, air conditioning was provided as standard. Finally, even if it was far from being a family car, the Italian didn't forget to be practical with its hatchback that allowed easier access to its spacious trunk. 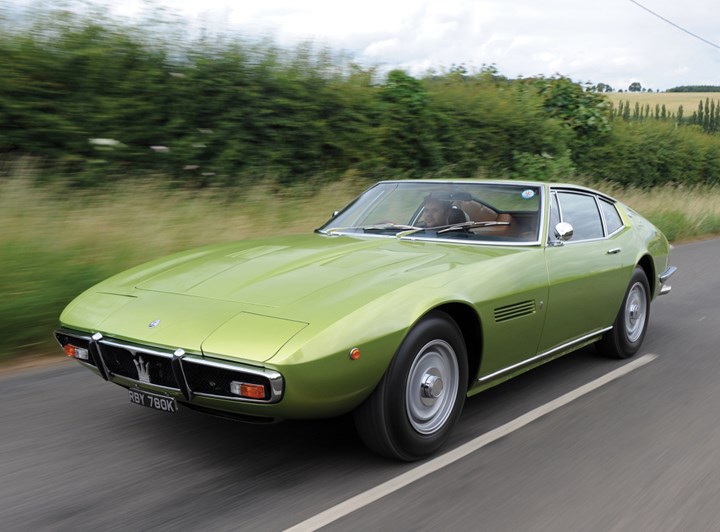 To power the Ghibli, there was no V12 like its main competitors, but a 4.7 litre V8 with four overhead camshafts, all in aluminium. Developing 310 hp, it was fed by four Weber carburettors. Because of its low position, the engine was lubricated by a dry sump system and placed in the front mid-engine position. Power was sent to the rear wheels via an original ZF five-speed gearbox or a Borg Warner transmission with only three speeds, a popular choice in the US market.

Based on a tubular chassis, the Maserati had independent suspension at the front and a rigid axle at the rear, a surprisingly outdated technical solution. Weighing in at around 1,600 kg, it fortunately had Girling disc brakes which proved useful, as did power steering which was only available as an option. In 1969, Maserati launched the SS version of the Ghibli with a re-bored 4.9 litre engine that produced 335 bhp and 480 Nm, enough to reach a top speed of 275 km/h. It had a redesigned dashboard and was recognisable by its wider Campagnolo rims. Between 1967 and 1973, 1,149 Maserati Ghibli Coupes were assembled, as well as 125 Spyders, a variant marketed from 1969. 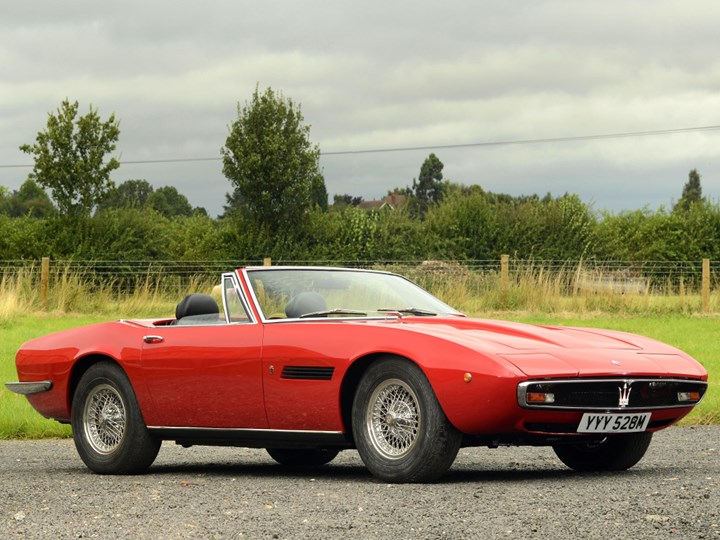 Unlike Ferraris and Lamborghinis of the same era, the Maserati Ghibli was a strong car: it rusted less, its engine (with timing chain) was reliable and it had no particular problems. But beware, it's not a modern day car and you should examine it thoroughly before committing to a purchase. Dry sump lubrication can be a problem, the interior is sun-sensitive and expensive to restore, and the engine needs to be regularly maintained.

Like all supercars of the same era, parts are rare and very expensive. So it's best to opt for a car in perfect condition. Prices for the Ghibli have risen dramatically in recent years: don't expect to find a car for less than €160,000. The SS versions are popular with collectors, both as a coupe and a Spyder. For the latter, having the original hard top is a plus that can raise the price to €750,000-800,000! Beware also of the many coupes that have been "uncapped" with varying degrees of skill... 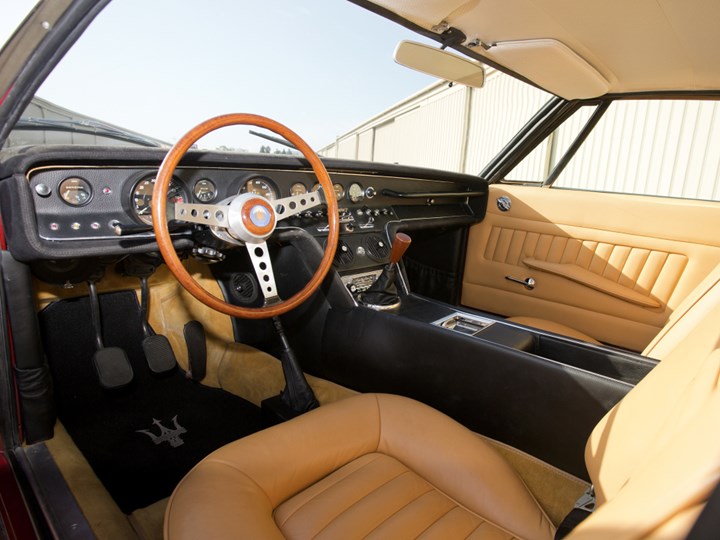 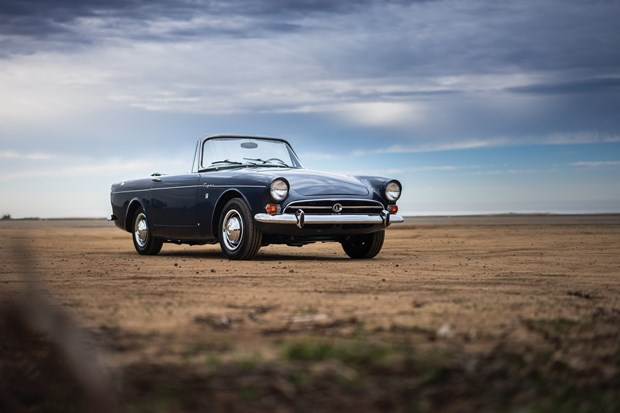 Sunbeam Tiger, the detail that changed everything 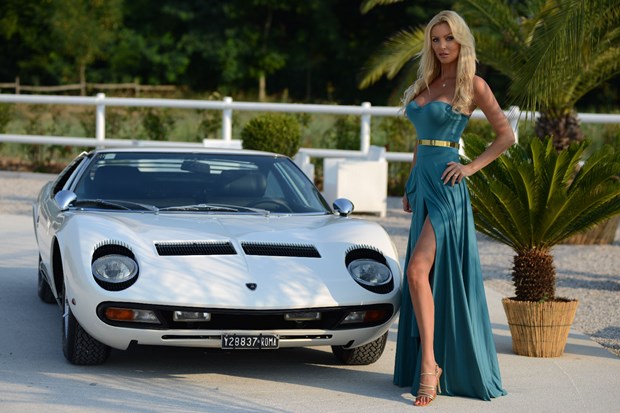