The Historic Sports Car Club (HSCC) had assembled a 15 race programme for the weekend, with over 400 cars entered, plus they had a vintage funfair and other family entertainment within the circuit. Saturday was the usual HSCC mix of races starting with Historic Formula Junior having a couple of races over the weekend. Sam Wilson made it a clean sweep over the weekend taking both wins in his Lotus 20/22. The Historic Road sports race was on Saturday and it appeared that John Davison was going to win in his  Lotus Elan S1 having led from the start, but he went out with one lap to run, leaving victory to William Plant in a Morgan Plus 8.

The Historic Formula Ford race was also on Saturday and again saw a last lap change for the lead. Michael O’Brien led every lap in his Merlyn Mk20 but Richard Tarling in the Jamun T2 got past to grab victory by just 0.430 of a second.

Porsche are celebrating the 40th anniversary of the 928 and entered former Le Mans winner Richard Attwood in the 70’s Road Sports race with a specially prepared 928. He finished a creditable 3rd overall, and won his class. just over 10 seconds behind race winner Julian Barter in a Lotus Elan S4.

The Derek Bell Trophy race is always a high-light at HSCC meetings and this meeting had one on Saturday and another on Sunday. In the very wet conditions on Saturday, it was the nimble Formula 2 March 742 of Richard Evans that was awarded victory after leading all four laps of the race. He was over thirty seconds ahead of Martin Donn in a Formula Atlantic Lola T760 in 2nd place while Jamie Brashaw was nearly forty seconds behind the winner in his Formula 5000 March 73A in 3rd place, All three won their respective classes. The second race on Sunday was held in dry and bright conditions, Yet again it was the small Formula 2 March 742 of Richard Evans that led from start to finish. Twelve seconds behind was Jamie Brashaw in the Formula 5000 March 73A. Hillard got his bright yellow Formula 1 Fittipaldi F5A  in to 3rd place, the first three all winning their respective classes

The longest race of the weekend was a ninety minute GT & Sports Car Cup race on Sunday. For pre ’66 GT cars and pre ’63 sports racing cars, there was a  a massive forty car field that filled the Hanger straight at the start. The race saw several changes for the lead and victory went to the AC Cobra of Robert and Daniel Bremner with Anthony Reid. Leo Voyazides and Simon Hadfield were classified 2nd overall after receiving a 90 second penalty, while Fred Wakeman and Patrick Blakeney-Edwards finished 3rd overall in a Lister Jaguar.

The Pre 80 Endurance Challenge Series had a single one hour race also on Sunday with twenty six cars entered. Voyazides and Hadfield were out again, this time in a Lola T282. They led the first lap, but were passed on lap two by John Burton in a Chevron B26 who managed to lead until lap 7 when Andrew Kirkaldy went through in his Chevron B19. He maintained his advantage to win by nearly 80 seconds. Philip Hall as 2nd in his Lola T212 while Andrew and James Schryver were 3rd overall in their class winning Chevron B26. Peter Hallford bought the Chevrolet Corvette in to 7th place, winning the GT1 class while the S20 class was won by 8th placed Jonathan Loader in a Tiga SC80.

The Guards Trophy Race over 40 minutes, saw a Chevron B8 clean sweep with a win for Andrew Kirkaldy and Sandy Watson from Steve Brooks and Robert Beebee with James Schryver 3rd in another Chevron B8.

The final race of the meeting was a HSCC/HRSR Historic Touring Car race which saw the big engined American Ford muscle cars dominate. Jack Drury won in a Ford Falcon from Rob Fenn in a Ford Mustang with Julian Thomas in another Ford Falcon in 3rd spot 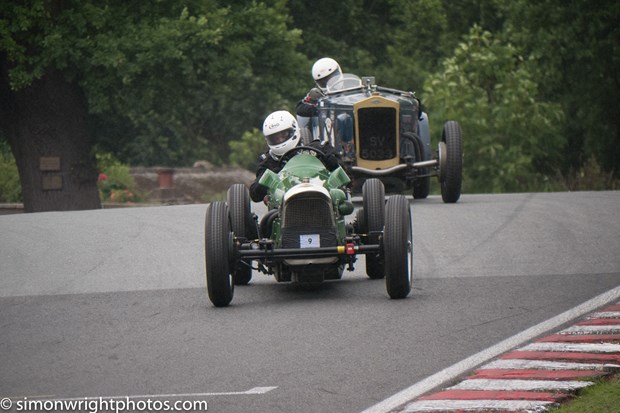 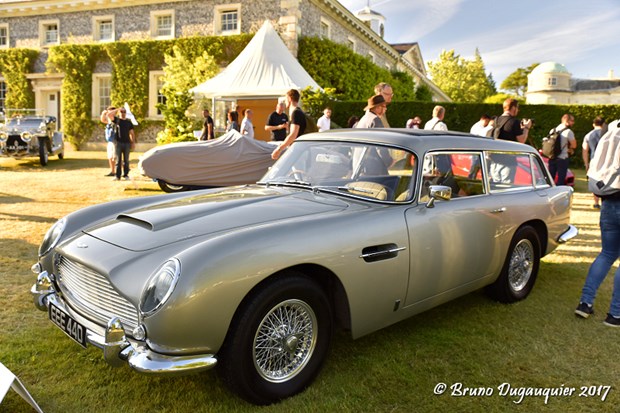