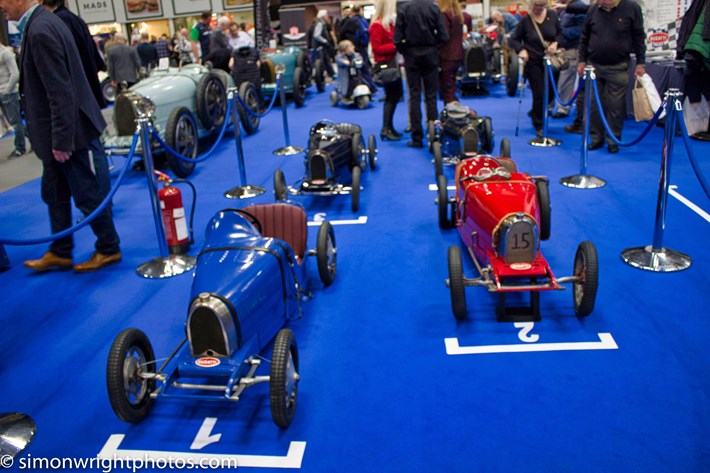 This years Lancaster Insurance Classic Motor Show, held at the NEC near Birmingham, was called the ‘Season Finale’ as car enthusiasts gathered to celebrate another year of classic motoring. This was the 33rd running of the Classic Motor Show and it attracted over 70800 people over the three days of the show. The theme of the show was ‘Family Ties’ which ranged from cars made by the same manufacturer, to cars with the same name on different models over the years. A fine example of this was the Ford Zephyr/Zodiac club that had different shaped Zephyrs and Zodiacs next to each other to show how the model had developed over the years. Other clubs took a different approach, such as the Morris Minor Owners Club and the Capri Club International which chose to celebrate family occasions such as weddings, holidays, prom nights and even funerals, with at least one funeral Hearse on display.

Several manufacturers had displays at the show, including Porsche GB and Vauxhall, while TVR used the show to launch the new TVR Griffith to the public, displayed next to the historic range of TVR sports cars. The majority of displays were made up of over 250 car clubs, with over 2,500 vehicles on display through the five halls of the exhibition. There were also over 650 specialist traders and exhibitors on display, plus a live auction held by Silverstone Auctions during the weekend. The auction raised £3.6 million pounds and achieved a 67% sale rate, which included a 1996 Lamborghini Diablo SE30 RHD that sold for £281,750. A 2004 Ferrari 360 Challenge Stradale sold for £158,700 and a Ford Sierra Cosworth RS500 went for £112,500.

There were various competitions taking place over the weekend, with the public voting for the Lancaster Insurance Pride of Ownership winner. There were twenty finalists on display together, ranging from the hot rod/custom 1936 Chevrolet half-ton pickup truck ‘Rat Rod’ with it’s 7.4 litre supercharged Chevrolet V8 engine, through various saloons and sports cars. The winner was Simon McNamara with his 1983 Volkswagen Golf GTi Mk1. Second place went to Craig Marsden’s 1970 Dodge Charger and in third place was Gerald McWhinnie with a 1998 BMW E36 M3 Evolution.

The other big competition was the Meguiars Club Showcase. They were displaying their 16 winners from various classic car shows held during the year, to decide on an overall winner. This year the award was taken by local man Ian Matthews with his 1959 Morris Mini. Also decided at the show was the Classic American Car magazine car of the year that went to Laura and Ross Meeks with their 1967 Ford Mustang Fastback.

There was plenty for the motor sport enthusiast, with displays by the Vintage Sports Car Club, the Midland Automobile Club that run the Shelsley Walsh hill climb, Porsche had several racing cars on display including the Porsche 924 Carrera GT Le Mans car from 1980. There were a couple of Group C Jaguar Le Mans sports cars on various stands, plus a couple of Williams Grand Prix cars. The Bugatti Owners Club and Bugatti Trust also had a unique display of Grand Prix Bugattis on their Stand. The Ferrari Owners club were celebrating 70 years of Ferrari with some very nice sports cars including a Daytona.

The show also included the Classic Motorcycle Show and the winner of the Comet Classic Pride of Ownership award went to Steve Taylor with his 1922 JD Harley Davidson motorcycle. Alan Stopford was second with a 1958 Triumph Bonneville and third place went to Trevor Bostock with a 1939 Calthorpe.

The show will return next year from the 9th-11th of November 2018. Visit www.necclassicmotorshow.com for further information 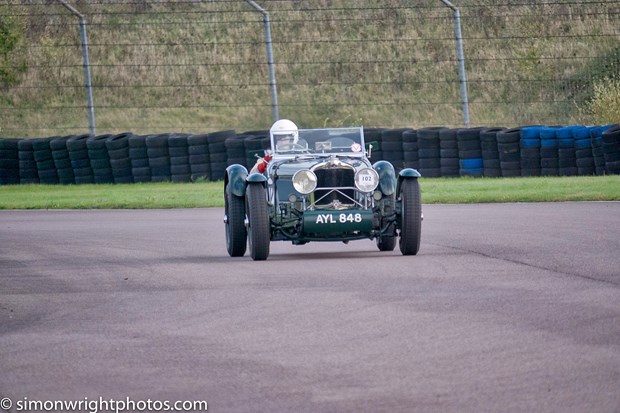