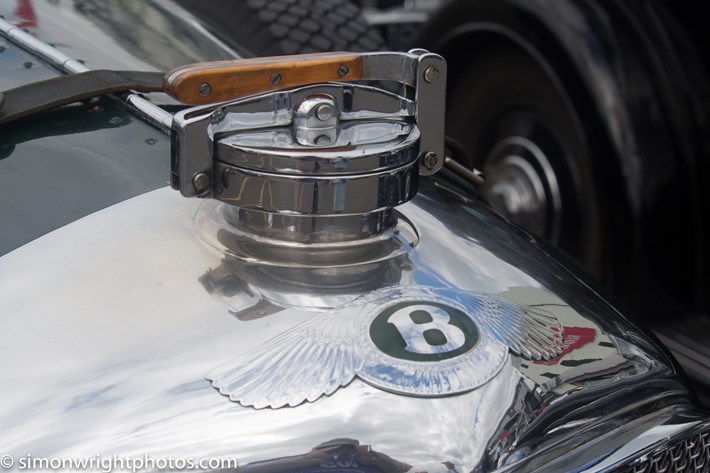 The Bentley Drivers Club arrived at Silverstone for their annual race meeting at the beginning of August. This was a social event as well as a race meeting for the club and the paddock was full of vintage and classic Bentley’s covering most of its history. During the lunch break, hundreds of Bentleys took to the track for several parade laps.

After lunch the first race was for the AR Motorsport Morgan Challenge. Oliver Bryant took the first race, with pole position and a win. Keith Ahlers took 2nd place and Russell Paterson was 3rd, all driving the Morgan +8. They had another race later in the afternoon and this time Ahlers got the win from Bryant, and Paterson a distant 3rd.

The second race of the afternoon was the Equipe GTS series with a forty minute race. Tom Smith dominated the race from pole position to victory in his MGB Roadster. He was over forty two seconds ahead of a pair of TVR Grantura II cars driven by Rob Cull and Robi Bernberg. The other class winners were Brian Arculus in the Lotus Elite in 5th, David Allen in a Triumph TR4, Andrew and Houlbrook in an Elva Courier and Paul Kennelly in an Austin Healey 100.

The first Bentley race of the day was the Bentley Scratch race for Pre 1966 & Pre War team challenge. Michael Higginbotham was fastest in qualifying in his Bentley Mk VI Special. Simon Worthington in the much newer Bentley Turbo R grabbed the lead and stayed in front for the whole race winning by over 6 seconds.

The Fifties Sports Car Racing Series (FISCAR) saw Woolmer and Abecassis on pole position in an Austin Healey 100/4, ahead of the unusual Lister Flat Iron of Stephen Bond. It was Bond that lead the early laps before the Austin Healey took the lead. At the end of the forty minute race Woolmer and Abecassis won by just 0.389 of a second from Bond. They were over forty seconds ahead of 3rd placed finisher Robin Ellis in his Lotus Elite S2. The first three all winning their respective classes. The other class winners were King and Cottingham in the AC Ace Bristol, Matthew Holme in the Alfa Romeo 1900 CSS Touring and Keith Hampson in a Sunbeam Alpine Le Mans. The other three class winners were Alan House in a Morgan +4, Roger Daniel in an MG A and Mark Campbell in an Aston Martin DB2.

Back to the Bentley’s for the fifth race, the Allcomers Handicap race. John Taylor was on pole in the Crossle 95 sports racing car and led the race from start to finish. He won from the Porsche 911RS of Josh Sadler, who had the close attentions of Graham Booth in a Caterham 7 Superlight for most of the race.

Next out were the Bic Healey Trophy and MG, Morgan Challenge cars. The race was led every lap by Jonathan Abecassis in the Austin Healey 100/4, with James Sumner eventually finishing 2nd in his Morgan 4/4 and Neil Cawthorn was 3rd in his MG A. The first two both won their respective classes. The other class winner was Bernberg in 7th driving the Cooper in the Invitation class.

Race 7 was a Bentley Handicap race, where Ben Eastick showed the pace of the impressive Bentley T Type single seater in Qualifying. However for the handicap race it was Bert Degenaar who won in a Bentley 3/4 1/2  with a margin of just 0.966 of a second over the much faster and much more modern Bentley Mk IV Special driven by Stuart Worthington. Eastick only managed 6th.

The Allcomers scratch race and Bentley Race for Post 66 cars didn’t see any Bentleys taking part. Steven Dickens in his Mallock Mk29 set a time under a minute round the national circuit and over six seconds faster than John Taylor in the Crossle 9S. The faster pace of the Mallock meant that after 15 laps, he had pulled out almost a 30 second lead from 2nd placed Taylor. 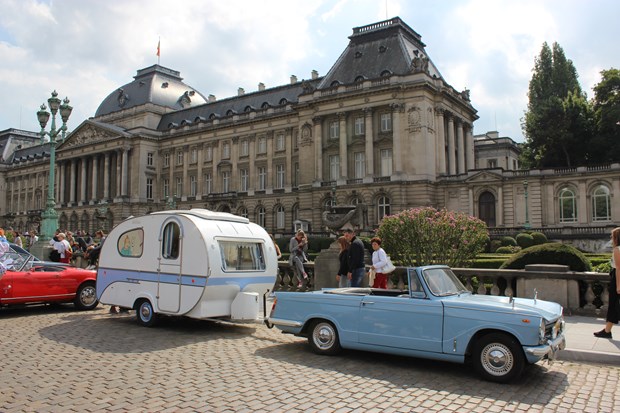 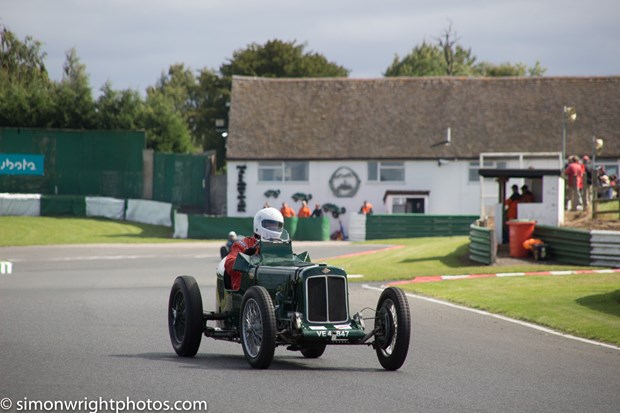