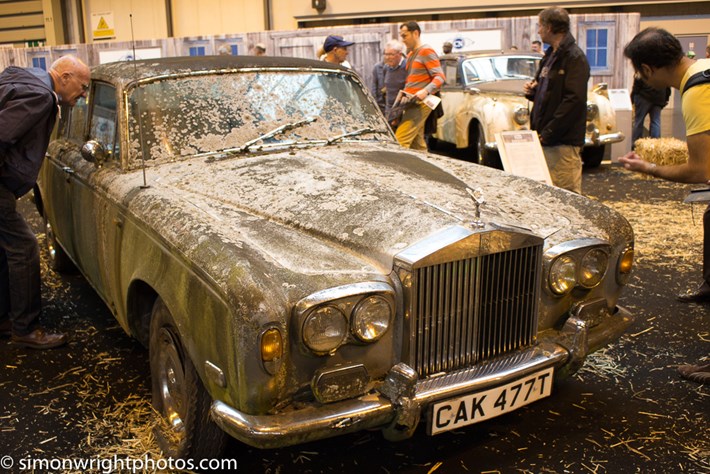 Most Classic car shows only feature the shiniest and best prepared classic cars, many looking better now than when they originally left the car show room many years ago. Well this is one show that dares to be different. The Classic Car & Restoration Show held at the National Exhibition Centre (NEC) near Birmingham is a show that featured beautiful classic cars, but also what to many people may appear to be heaps of rusting junk! However, these rusting wreaks are in the eyes of the classic car enthusiast, their next project, something to restore from a dirty pile of rusting metal to a classic or vintage masterpiece. One of the key areas of the show was the Barn Find display which featured 25 cars in their original state, as found and before any restoration work had taken place. There were some interesting vehicles in this area, and the public could vote for their favourite car in this display. The 1935 BSA Ten saloon appeared to be almost complete but in a very poor state of repair, with the engine still in place, but surface rust over most of the body and things like the exhaust manifold. Next to it was a 1935 Lanchester LA 10 Woodie, which appeared to be in a much better state of repair, with the wood work around the doors and the rear of the estate vehicle looking to be complete and in fairly good condition. The red MGA sports car had definitely seen better days with lots of rust and holes all over the bodywork. A rusty, stripped down Mini body shell looked like it should be on it's way to the scrap yard. The Jensen Interceptor is a great looking GT car, but the one in the Barn Find section had bad holes in the bonnet, heavy rust on the front bumper and chrome work and looked like it needed plenty of tender loving care. The winner in this section was a 1972 Rolls Royce Silver Shadow which was found by Chris Pearson from Bolton. The entire bodywork was covered in moss on the outside, even the windows.

Most of the show area was given over to 132 Classic Car Clubs who had made great efforts to include before and after cars, with many clubs also doing real restoration work on their vehicles during the show. The public were encouraged to watch and learn, as well as ask questions. This gave the show a real buzz, an interactive feel, with plenty going on, rather than just static cars to view. Over 25,000 people attended the show over its three day opening, which saw over 1,000 cars on display in six halls, covering 42,000 square metres.

if any of the owners needed tools or parts, there were a large number of auto jumble, parts and tool stands in a trade area, where it seemed like you could buy anything for your classic vehicle. A group of owners didn’t need anything extra for their vehicles as they were entered in the Pride of Ownership, which saw 20 finalists battle for public votes to win the Lancaster Insurance Pride of Ownership award. The winner was Keith Edmund with an immaculate 1972 blue with white stripes Triumph Spitfire. Second place went to the 1969 Ford Cortina 16700E of Keith Edmund and third spot being presented to Michael Hawkins’ 1972 Ford Escort RS2000. 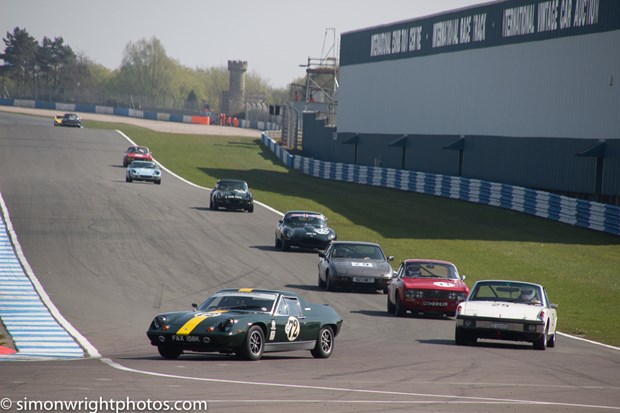 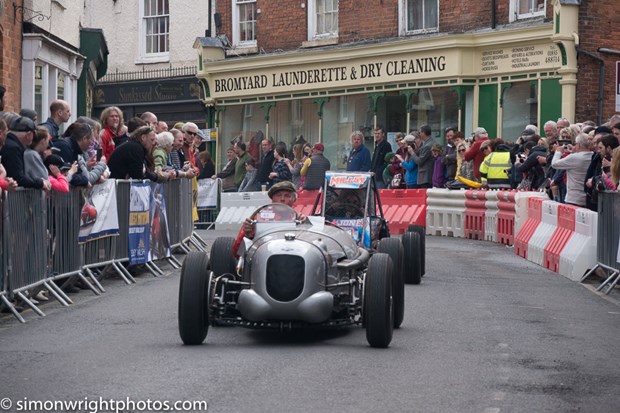