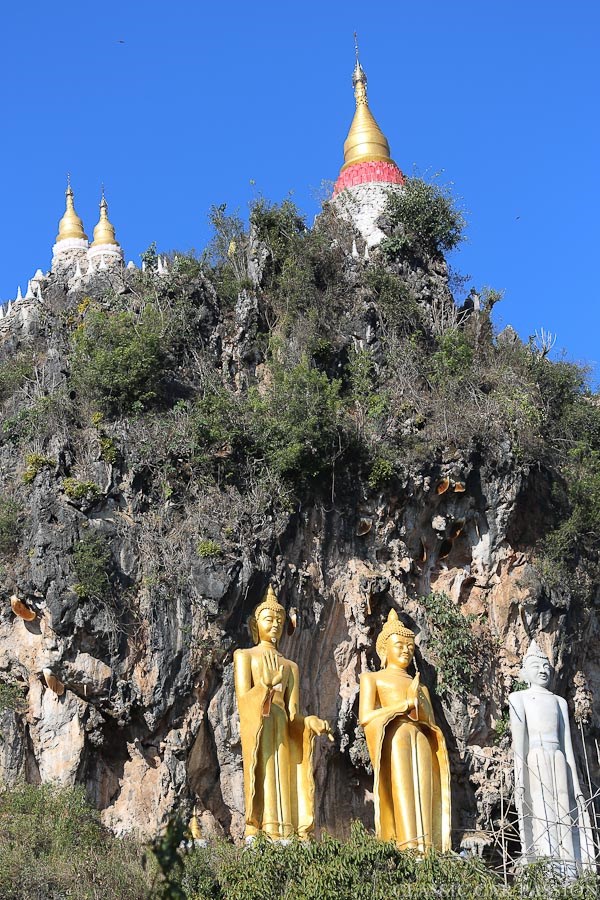 The success of the first edition made this second edition even more special. The idea was to offer the same highlights as the first edition but taking new and even more remote roads within the country. More than 70 % of the roads taken were new, but the highlights of Bagan, the Inle Lake and Mandalay were kept and new places like the rubies market and the mines of Mogok, the beaches in the South and the delta region for the Irrawaddy river.  All in all a fantastic journey to a fascinating, varied and rich land, Myanmar !

Participants came from all over Europe with 1 car a Mercedes, coming across the border from Thailand. The 18 days discovery rally started in the city of Yangon. With 10 cars on the roster, this year was more of a classic car rally with Mustangs, XK140 Jaguar, a Citroen DS convertible, Mercedes 190 and even a 1970 Bentley .

In order to save time through a less interesting area, we took the new highway to the new Capital of Naypidaw, a 5 hours journey through a mostly empty highway and a variation of hills on either side. Coming up to the capital, we organized a short visit of the 6, 8 and even 20 lane boulevard where a spontaneous little race took place with the Aston Martin DB6 crossing  first the imaginary finish line in front of the 2 XK 140’s.

The next day early departure took the cars through some of the most unique scenic roads going up to 1.500 meters with beautiful rock formations and cute villages, all the way down to Inle Lake.  On several occasions the 1970 Blue Mustang broke down due to the vapor lock. On the third day, cars were left to be looked at by the mechanics, and washed. For the participants a great opportunity to discover this unique mountain lake by boat passing the houses on stilts and floating gardens. Lunch was served at the Red Mountain Winery without the French XK 140 which gave a bit of trouble on the start of the day.

All cars made it to the caves of Pindaya, fascinating with its 8.000 Buddha’s hidden inside.

That night our local agent Inspiration Myanmar gave us a lecture on the country and its history which all enjoyed so much that they requested another one along the road to explain the daily life of the locals and the politics.

We left early the next day for again a new road opened especially for us by the Ministry of Tourism. A great discovery but also a challenging road with water passages and a bit of off-road.  We had an unfortunate incident on that road where the Thai Mercedes met a local truck full of people which scrapped the side of the car. Nothing too serious, but a wake up call for many that the roads are busy and hooting is really necessary.

Arriving in the beautiful town of Maymyo, with its British colonial houses and its famous British Botanical garden, we met with the local mayor of the city, a car lover, to see his car collection, while having a drink in front of the tallest water cascade in the country.

On day 4, we got to experience the train over the Goktheik Bridge, an old bridge build by the British in 1901, and over 100 meters high.

The next day drive took us through the Shan mountains on a bran new road also opened with special permission for us. With almost no traffic, it was a fun drive at the top of the mountains peaks all the way to Mogok, the rubies mining area and a visit to the busy little market where the exchange of rubies looks more like an Indiana Jones movie. This was followed by short drive to a local mine, much appreciated by the participants where all got to see first hand the life of the rubies diggers. All cars again made it with the red 1966 Mustang overheating every so often which kept our mechanics busy.

On day 7, to our surprise, the local police headquarter asked us to divert from our original route due to safety reason, and take the old road to Mandalay, also scenic but rougher. We much obliged and had our advance team surveying and put signage on the road to guide the rally cars all the way to Mandalay, no casualties reported and everyone made it in time for a nice Western buffet dinner at the 5 star hotel.

Mr and Mrs Peter, from Peter Auto, the organisor of  Le Mans Classic and other rallies, had to leave us so that they could attend “Retromobile” in Paris. “ It was a fantastic first part of the rally and we are sad to have to go ! We will definetly come back” were the words of Mrs Peter before leaving for the airport.

As we left for the town of Monywa, we made a stop in the holy city of Sagaing, the Bhuddist center of Myanmar with its Buddhist University, a great background for a photo shoot.
The road is full of Banyan and ficus trees which sometimes makes a tunnel like above the smooth road. The Mercedes 190 gave a few starter problem which made a ritual of push starts from there on..

From Monywa, a very scenic road takes us first to the Poh Win Taung caves, a sort of little Petra, lost in an area of copper mines both from the big corporation but also at village levels which makes it very interesting to see.

Before the arrival in Bagan, we had to load the Mercedes 190 on the flatbed, as the repairs would have taken too long in the heat of the day.

Bagan where more than 2500 stupas and pagodas are spread on an arid plain. The beautiful hotel set in the middle of the park area was a great relief from the road for the participants, with one day of rest.  That full moon night, we had a private dinner among the stupas and pagodas, lit up with thousands of candles … a magical moment for all.

The next day of discovery started at 5 am with a hot air balloon flight, against the backdrop of thousands of stupas… an experience not to be missed ! This was followed by a drive among the stupas that ended up with lunch in a local village, in the garden of a small farm, where the local rally logistics company had organized a “cooking with the local grannies”.  That night a sunset cruise took us on a sandbank for dinner while watching the end of the day going slowly down.

Day 11. A short drive to Mount Popa and one of the best hotels of the rally, we stopped at a small school for a donation and interaction with the kids. Emotional moment for all !

After sunset and sunrise in the wonderful Popa Montain Resort, we headed for the town of Magwe passing through the “Texas of Myanmar” with its arid sandy landscape and the oil wells working at full speed, with the production going straight by pipeline to southern China.

Memorable night or rum sour and cigars by the pool of the hotel !!

The next day was an easy drive to the town of Pyay, driving along the coastal range of Yoma mountains and alongside the river Irrawaddy. The Aston Martin got us worried stopped at the side of the road with carburetor problems, which turned out to be a minor ingestion …. ! The car was a real hit among the local folks… James bond’s car !

Day 13. was the longest drive of the whole rally taking us for more than 400 km down to the beach area of Nwe Saung. A nice road until Pathein where the local television welcomed us a t our lunch stop, the Pathein Golf Club, with tens of colorful umbrellas set up for the pleasure of the eye ! After lunch , another hour of driving through the hills of the coastal range and through the never ending rubber tree plantations, to arrive at the beach resort of New Saung.

A wonderful setting along a pristine beach, in a 5 star resort. Destination Rally arranged the Presidential Suite as the Destination Rally lounge where people could pass by to have drinks and chat with other participants, and that night the setting of a wonderful dinner under the stars…

A full day free at the beach after the long drive was just perfect !

We were back in Yangon on Day 15, after a good 350 Km easy until the suburbs of the city.. the blue Mustang gave up at that stage and entered the city on the flatbed, while the rest of the participants got to ride all the way through traffic without stopping courtesy of our 2 police escorts , it took us 15 minutes … a relief for all the machines after all those KM on empty roads.

We had to say goodbye to all that night at the Kandawgyi Palace hotel, ending with a farewell dinner at the French restaurant Agnes with the view of the Schwedagon pagoda. We were honored with the presence of his Excellency U Aung Kyaw, the Deputy Minister of Foreign Affairs, and members of his staff.

On 11 February, we drove the cars back to the harbor before flying off back home.

Did the participants enjoy the rally ? …. Four of them already booked the November 2016 rally , The Spice Road, including Cambodia- Thailand and Myanmar. 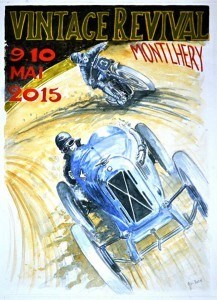 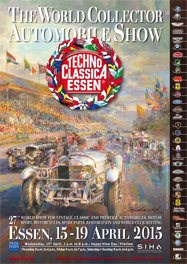