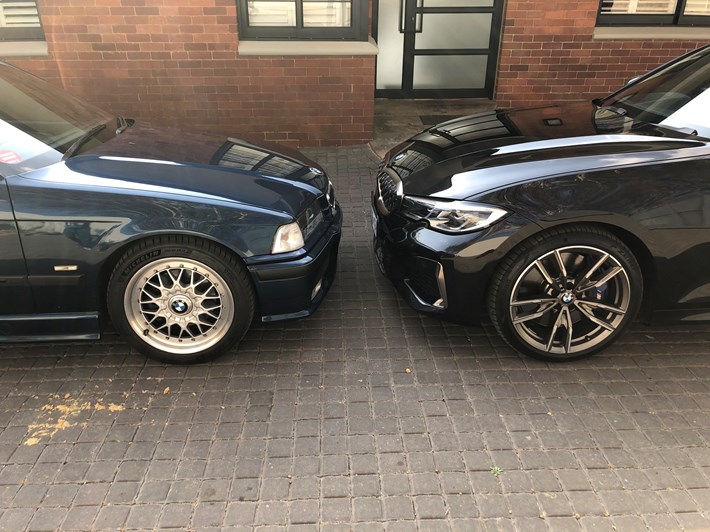 28-years. That is the length of time that has passed between the global launch of the E36 3 Series in 1990 and the seventh generation G20 models which debuted in 2018. To put that into a bit of perspective, the Internet was in its first year of commercial use and the majority of today’s Formula 1 drivers hadn’t been born yet.

The level of technological development in the automotive world can seem incremental at times, rarely do we get to truly appreciate the advancements made between models separated by decades rather than months. 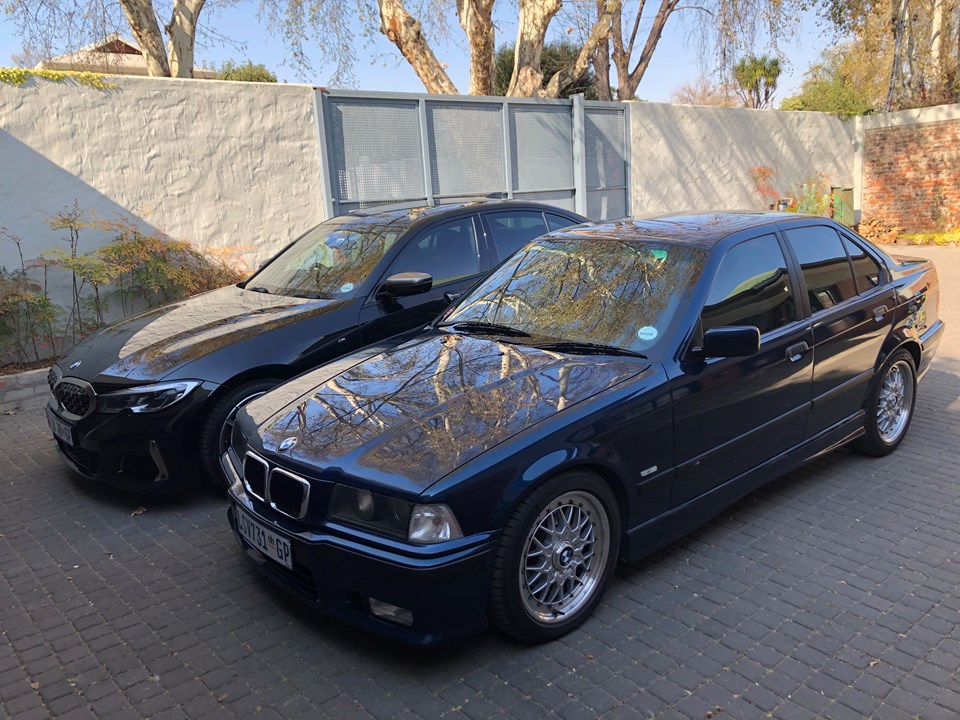 The current M340i xDrive offers a number of noticeable upgrades over the previous-generation F30 340i, but just 35kW separates the two and both offer a similarly modern driving experience. Now the gap between the two cars you see here is slightly larger; the Aegean Blue E36 328i Individual was built in 1997, as opposed to the 2020 built date of the Black Sapphire Metallic G20 M340i XDrive sitting beside it.

Aside from an insight into how things have progressed over the years, they make for an interesting comparison as both models represent the top 'regular' 3 Series offerings in their respective ranges. The first thing you notice is the sheer size difference, the G20 is 27.6 centimetres longer and 11.7 centimetres wider than the E36, a car that was considered huge when compared to the tiny little E30 which it replaced.

If those M340i figures seem impressive, driving the cars back-to-back really highlights the differences between the two. At walking speeds, the response from the naturally aspirated 328i is initially more immediate, but once the M340i decides which of its eight gears is best suited to the job (a process which takes just a fraction of a second) it launches down the road with such enthusiasm that you are left wondering whether it is pushing out a whole lot more than its claimed 285kW.

The extra traction offered by the standard xDrive system allows even less experienced drivers to push the M340i into and out of corners with confidence and the immediacy of the gear changes gives an uninterrupted surge of power that can get you into trouble all too quickly. No, it doesn’t understeer like its Ingolstadt rivals, but getting the rear to misbehave requires serious commitment. Compared to the E36 328i, it's on another planet entirely, even the current F80 M3 would have its work cut out to keep ahead of the overachieving M340i. Official fuel economy figures are still more marketing tools than factual data, but it was interesting to note that driven around town in a similar manner the newer car managed 12l/100km, almost identical to what the E36 328i managed. 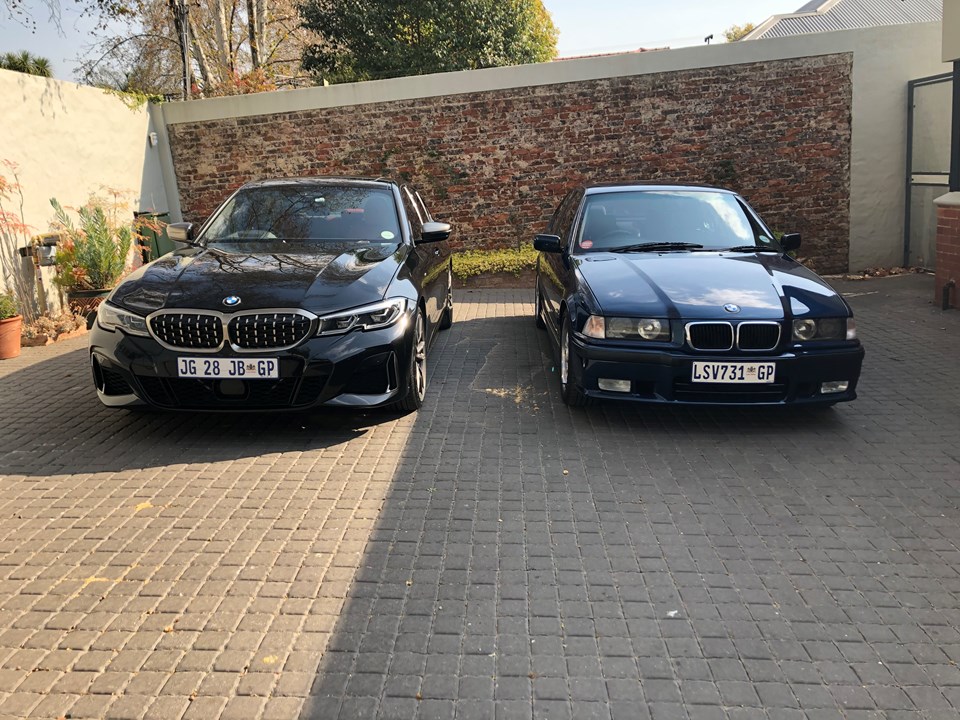 Journalists often complain of an aloofness in modern cars, a lack of mechanical 'connectedness'. But some of that aloofness comes down to the simple fact that each generation is more refined and advanced than the last.

The E36 3 Series was developed as an executive luxury saloon intended to offer the most advanced and luxurious driving experience in its class. It was far more comfortable and refined than the E30 yet compared to today’s luxury saloons it now feels raw and unrefined.

That said, once you get used to the tighter confines of the 328i’s cabin and the higher seating position, it still feels happier to dart down a narrow side road than the physically larger M340i. The older car's manual gearbox really does add another dimension to the driving experience, practicing your heel-and-toeing and rev-matching makes even short journeys that much more enjoyable. It may be well down on power but there is more than enough of it to keep you entertained and it actually offers a less fidgety ride over most road surfaces. That said, the brakes are not particularly great, and the M340i is a far more refined highway cruiser. 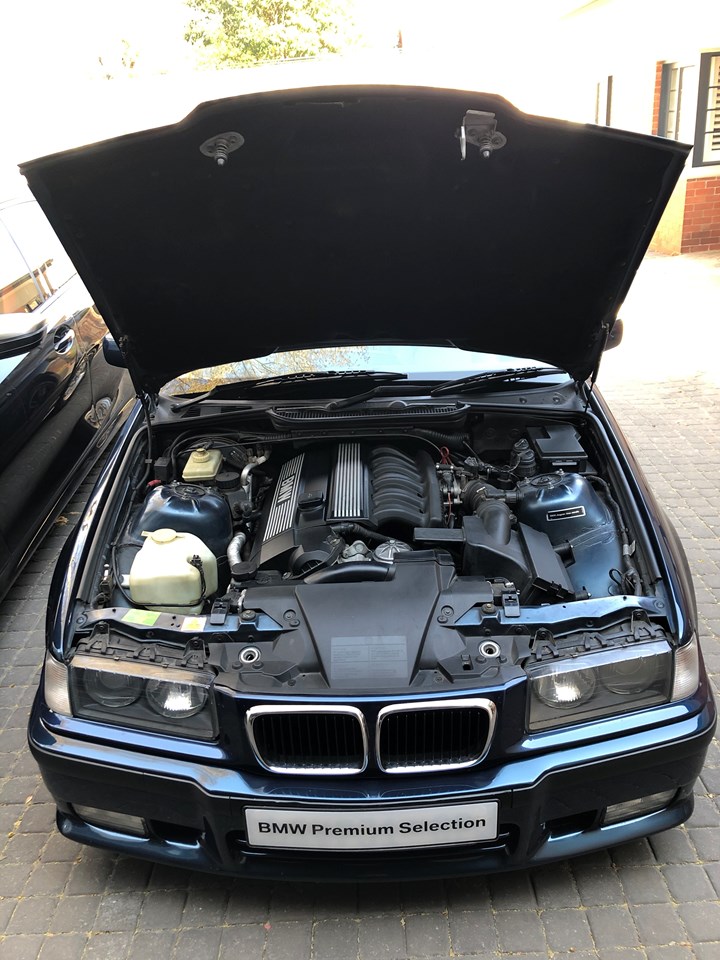 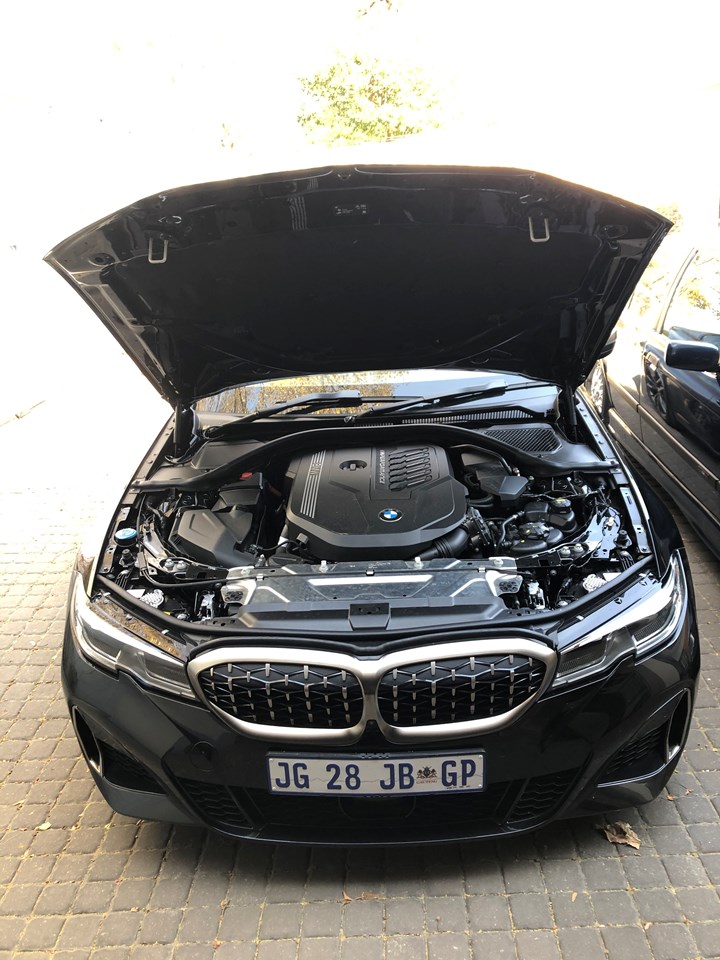 Both car's interiors have have a steering wheel and four seats but that is where the similarities end. The M340i's wireless charging and Apple CarPlay connectivity are superb, and the digital dashboard looks space age compared to the analogue instrumentation in the 328i’s cabin.

The centrally mounted E36 electric window buttons still seem like the better layout, but the M340i has all of its major controls logically placed - unless you want to turn off the air conditioning, that requires delving into the iDrive system. The E36 was not necessarily BMW’s finest moment in terms of interior build quality but the facelifted models were an improvement, 20-years on this pampered model looks far better than most, but the G20 really has moved the game on here too. The latest LCI (Life Cycle Impulse) for the G20 has introduced some minor cosmetic updates as well as a thoroughly revised infotainment system and the latest iDrive 8 system - further reinforcing just how far we have come technologically since the '90s. 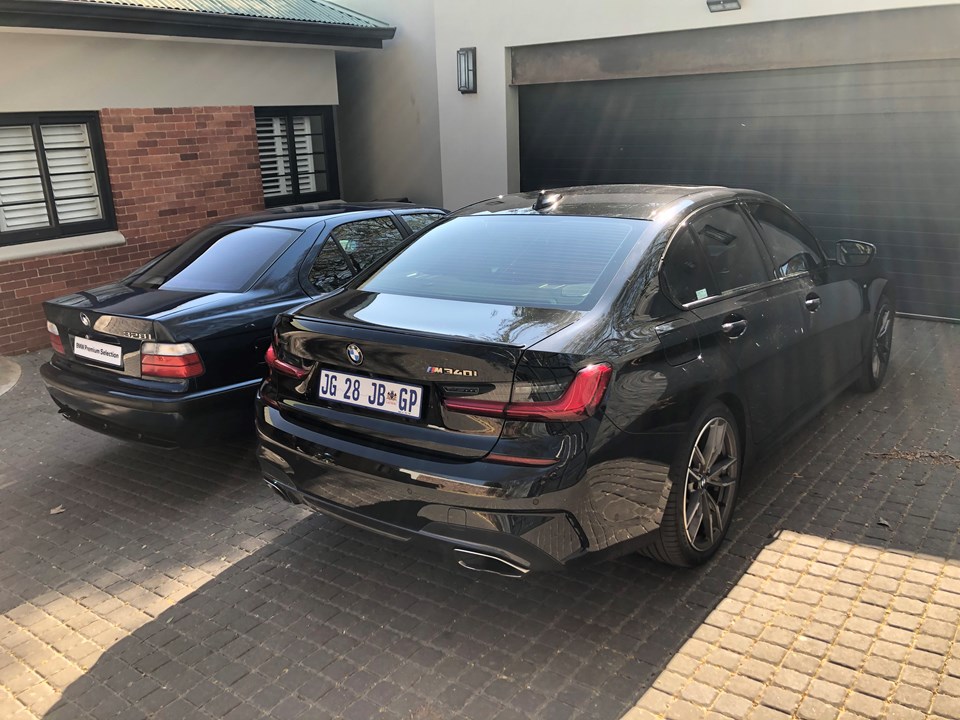 So, what about value for money? The E36 328i Individual was at the upper end of the luxury saloon market back in 1997 but adjusted for inflation it's still a way off the price of a new M340i today. To be fair though, you are getting a lot more for your money, with a massive leap in performance and safety levels and a huge standard specification list that makes up for a lot of that extra cost.

This particular M340i came with several additional features including Comfort Access, Driving Assist Professional, a Head-up Display and the very effective Laserlight headlights. Aside from Comfort Access, which is extremely useful, we wouldn’t bother much with the rest of the extras, especially the Driving Assist package which, like in every other car on the road, is at best a distraction and at worst an accident waiting to happen.

If you are happy to give up some of that rabid straight-line pace and the sound of that straight-six, then the G20 330i may well be the pick of the range, it is slightly pricier than an inflation adjusted E36 328i, but you get all of the refinement and technology that three decades of development bring. In addition, the 2.0-litre turbocharged inline-four produces 190kW which means a 5.8-second 0-100km/h time. That is quicker than an E36 M3, let alone the 328i.

In conclusion then, the M340i xDrive is quite obviously a huge step on from the 328i, but this was never about whether things had moved on, but rather by how much. Just like its forebears, the M340i is a class-leading offering with a level of competence that must be experienced to be believed.

The 328i on the other hand has long since fulfilled its role as the 3 Series range-topper and has now become a rather enjoyable modern classic. It no longer needs to compete on objective criteria like acceleration or handling, but rather on what it feels like to drive. And in that respect, it still delivers the goods. Who knows what type of car BMW will be producing thirty years from now, but we can’t wait to compare it to a well-kept classic M340i. 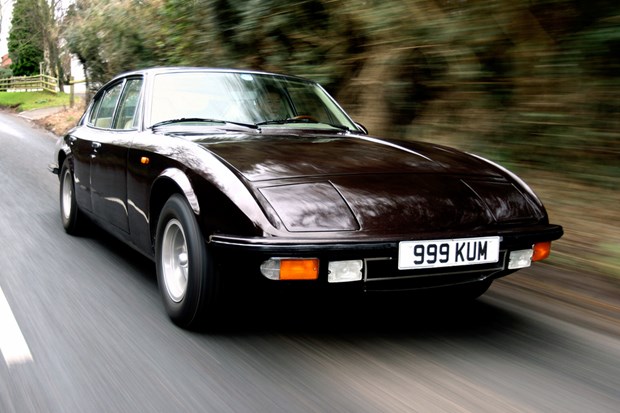 Monica V8, the French sedan that dreamed of greatness