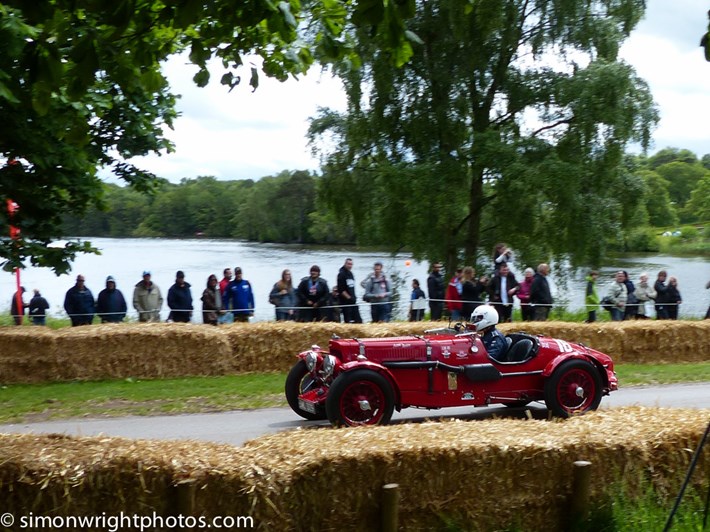 The Cholmondeley Pageant of Power returned for its 6th running over the weekend of the 14th - 16th June 2013. There were plenty of interesting cars both in action on the track as well as in the club and display areas. Crowd favorites included the vintage Brutus BMW powered by a ground shaking 46.5 litre aero engine and the flame spitting 42 litre Packard Bentley. Aston Martin were celebrating their centenary with a range of cars competing, ranging from an Aston Martin Ulster LM16 right through to the V12 Vantage S. This year there were also more modern Grand Prix cars competing, fastest of which was Rick Hall in the ex Nigel Mansell JPS Lotus 87 which was 11th fastest overall behind the latest in track day super cars and high performance racing motorbikes. Justin Law was the fastest of the classic supercars in the martini coloured Jaguar XJR220 GT, while Johannes van Nierop in the high flying Audi 80 was the fastest of the classic style saloon cars.

The Pageant of Power is much more than just track action. The mix of two, three and four wheeled vehicles taking part in the speed event always gives variety, but then there is also action on the mere (lake). This year  focused on hovercraft racing which was spectacular to watch, especially as they track combined land and water sections. Then there is the air display and helicopter action in the skies above the castle. Finally there is a large area set aside for car clubs to show off their members vehicles.