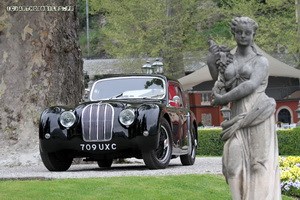 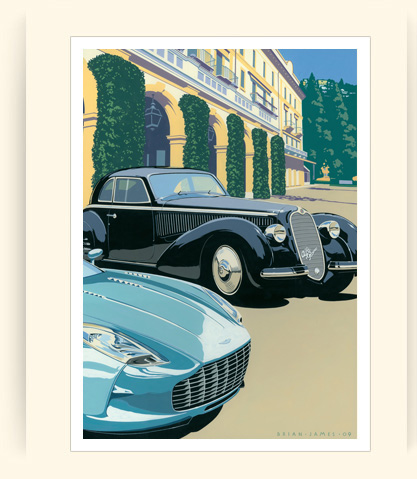 The 2010 Concorso d'Eleganza Villa d'Este took place April 23-25 on the grounds of the Grand Hotel Villa d'Este and Villa Erba on Lake Como in Cernobbio, Italy.

The Trofeo BMW Group, awarded "Best of Show" by the judges at the Concorso went to a 1938 Talbot-Lago T150 C SS Teardrop Coupé bodied Figoni & Falaschi owned by Oscar Davis from the United States. The Talbot-Lago also won one of the two prizes awarded by public voting - Trofeo BMW Group Italia. The historic Coppa d'Oro Villa d'Este - Best of Show by Public Referendum at Villa d'Este was awarded to the 1955 Maserati A6GCS Spider bodied by Frua owned by John F. Bookout Jr from the United States. In the Concorso d'Eleganza Design Award for concept cars and prototypes, the public voted for the Zagato Alfa Romeo TZ3 Corsa Coupé.

Glorious sunshine greeted automotive enthusiasts from around the world who gathered for the 2010 Concorso d'Eleganza Villa d'Este, the 12th staging of the event under the patronage of the BMW Group. "Once again the Concorso has borne impressive testimony that cars have lost none of their fascination," commented Karl Baumer, President of the Concorso d'Eleganza Villa d'Este and Director of BMW Group Classic. Dott.

Jean-Marc Droulers, President of Villa d'Este S.p.A., looked back on two extraordinary days, "The Concorso is ruled by a constellation that could hardly be bettered: heritage, elegance and a passion for cars create the perfect foundation for a weekend such as we have been privileged to experience once again."

In addition to the classic car contests and the competition featuring concept models of the future, highlights of this year's Concorso included the "100 Years of Alfa Romeo" special exhibition and the world premiere of the BMW 328 Kamm Coupé. Sunday's event was a sell-out with more than 5,000 visitors attending.