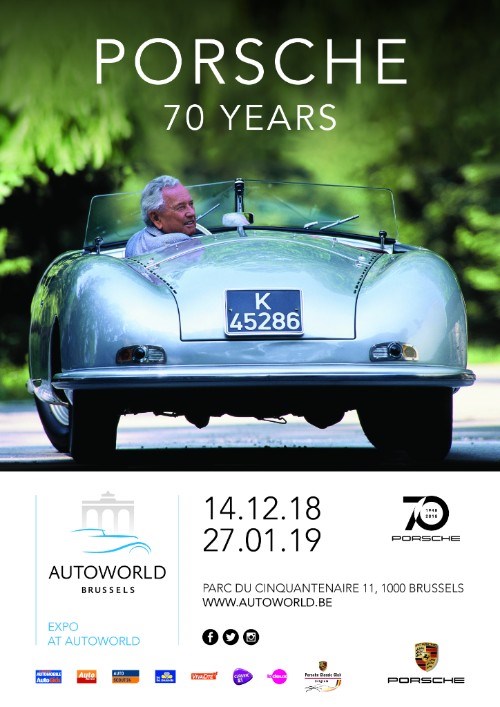 This end-of-year exhibition at Autoworld will relate the complete history of this evolution with the help of some sixty cars. An exhibition that was brought about thanks to the participation of Porsche Import and the Porsche Museum of Stuttgart-Zuffenhausen, as also thanks to the loans from numerous collectors.

To allow visitors to immerse themselves in the Porsche universe and take in the subtle evolutions, the cars are displayed in different zones and configurations.

The 911 RS (RennSport) will enjoy a prominent place. No less than eight cars – all versions! – will reveal their technological advances and design.

And what about the Speedster models! Ranging from the 356 to the 991 (Phase II 70 years edition!), five vehicles will be on show.

At Porsche, the Motorsport is an integral part of the make’s DNA. With 19 victories at the 24 Hours of Le Mans, Porsche is presently the most important worldwide manufacturer of competition cars. A complete zone is dedicated to such cars as the 917 Psychedelic, the former Jacky Ickx Porsche 935, the LMP2 and other equally impressive machines.