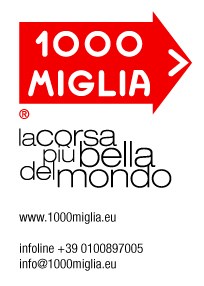 Sorry, we didn't receive an English translation
The number of classic cars requesting admission to the Mille Miglia 2012 has reached a total of 1,355, all hoping to enter the race which will be held from May 17 to 20 on the historic route from Brescia to Rome and back.

“We are proud of the results we have achieved over the last four years, managing the Mille Miglia,” declared Alessandro Casali, President of the Organizing Committee of the Mille Miglia. “From the beginning we have believed in this project, and we have worked intensively to make it grow even more, taking it further, beyond the great prestige of this Italian race, to turn it also into a symbol of the City of Brescia, of Italy and its excellences.

“In spite of the economic crisis”, he added, “the high number of aspiring entrants confirms the positive trend of last year. The Mille Miglia’s red arrow, the Freccia Rossa, continues to have a great success among our “appassionati” and classic car collectors throughout the world.”

The entrants came from 25 countries, for the most part European, but also from Argentina, Australia, Japan, and the United States. There were even some participants from among the classic car collectors of the Isle of Mann and Guernsey in the Channel Islands.

“Our goal at the Mille Miglia 2012 is to surpass ourselves this year,” said Sandro Binelli, Secretary General of the Organizing Committee, “with a parade of cars whose beauty will take your breath away. The high number of requests made it possible for us to pick and choose, and this year we wish to concentrate attention on models that have already raced in the historic Mille Miglia speed race in order to illustrate its history.

“But even those who did not manage to be awarded one of the 375 places that are available,” he underlined, “should not despair, because their cars may be allowed into the event that we will be hold this year to reproduce the red arrow logo for a Guinness World Record.”

While we wait, the engines are starting on the International Roadshow which will bring the Mille Miglia this year, once again, on tour around the world.

Having set down in New York, Shanghai, the Principality of Monaco and Rio de Janeiro, in March the Freccia Rossa will land in Singapore to introduce what Enzo Ferrari called “the world’s greatest road race” to its classic collectors and fans.

The event will follow traditional format: a parade of classic cars, the presentation of the race and its new features in 2012, a gala dinner which is rigorously Made in Italy, and an evening of music and spectacle by a great Italian artiste.

But the greatest news for 2012 is the Abu Dhabi Tribute to the Mille Miglia, a homage to the Italian race in the capital of the Arab Emirates, to be held in November. This event will “double” the success of the first tribute to the Mille Miglia which took place last October through the picturesque landscape of California.
Are you the organiser of this event? Contact us to manage and promote your event
« Previous // Next »
‹ › ×