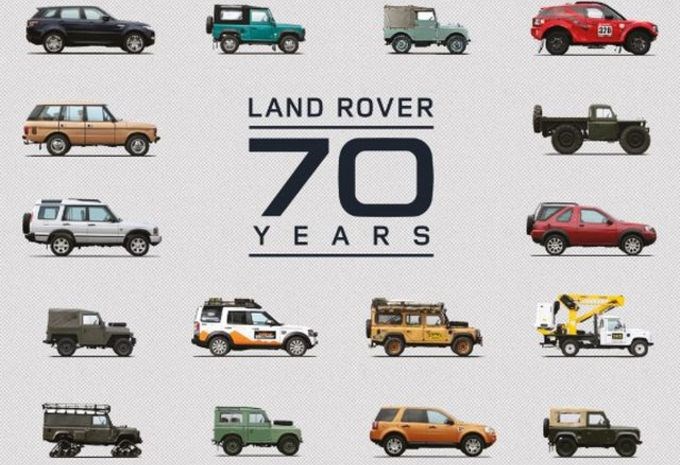 In 1948 the British car manufacturer Rover introduced a 4x4 all-terrain vehicle inspired by the American Jeep that had built up a sound reputation during the Second World War. The first Land Rover had a 1595 cc four-cylinder petrol engine, and a great deal of aluminium was used for the bodywork. This ‘Series I’ was a great success from the beginning. In 1950 production had already reached 15,000 units. The British army and the police were the first big customers, but it was also popular with farmers and hunters.

In 1959 the 250,000th Land Rover was produced. At the end of the sixties it was by far the most important product of Rover, and it was manufactured in 19 countries. In our country too production started in 1952 with an ‘in-house’ version, the Minerva Jeep, for the Belgian Army and the Gendarmerie.The Land Rover in its original form remained in production until 2016. After 1990 it was known as the Land Rover Defender. In addition to the original 80’ chassis (80-inch or 2.03 m wheelbase), longer versions and various engines also followed. It can also be regarded as the ancestor of the legendary Range Rover. In September the 70-year history of this iconic workhorse is being outlined by means of 12 cars.