The 2011 motor sport year got off to a great start at the annual Autosport International racing car show hosted at the National Exhibition Centre, near Birmingham, England. Centre stage was a major tribute to McLaren, with a collection of McLaren cars covering Grand Prix, Indianapolis, Can Am and the Le Mans 24 hours. The Grand Prix collection included the Emerson Fittipaldi McLaren M23,  the 1988 Ayrton Senna World Championship McLaren MP4/4-4, the car which won 15 of the 16 races held in 1988 driven by Senna and Prost, the MP4/5-6 of Alain Prost, World Champion 1989, the MP4/13-3 of 1998 World Champion Mika Hakkinen, and many others from the successful McLaren stable.

Another large display area was the Grand Prix grid of 2010, with the majority of teams who competed, displaying cars. Notable exceptions were Ferrari and Hispania. The grid was headed by the Red Bull RB6 of Sebastian Vettel. The other significant modern Grand Prix car present was the new Lotus Renault GP, being unveiled at the show in the new black and gold colour scheme by Russian driver  Vitaly Petrov and former Grand Prix driver Jean Alesi. Speaking of Black and Gold, there were several Lotus Grand Prix cars in the Black and Gold colour scheme scattered around the show. Classic Team Lotus had a Mario Andretti and Ronnie Peterson JPS Lotus 79 on display along with the Ayrton Senna JPS Lotus Renault 97T and a Lotus 81 in Essex colours as driven by Mario Andretti, Elio de Angelis and Nigel Mansell.

The Historic Sports Car Club (HSCC) announced the revival of the Martini Trophy for 2 litre sports cars from the 1970's, with a launch on their stand. A selection of cars were on display including a 1972 Chevron B21/23, a Lola T212, a 1975 March 75 S-3 and a 1974 Toj SS02 plus others. On Friday, several drivers from the original series were present including previous champion John Burton, Chris Craft and John Miles.

Skoda, who are celebrating a 110 years of manufacturing, had a 1957 Skoda 1100 sports racing car on display next to the new 2011 Skoda Fabia Super 2000 rally car along with Norwegian driver Andreas Mikkelsen.

Alternative fuel made an appearance this year, with Porsche showing the 911 GT3 R Hybrid petrol/electric racer and the new EV Cup being announced for Electric racing cars.

Every form of motor sport from grass roots right through to Grand Prix was represented at the show, with most clubs, series organisers and some manufacturers putting on displays with the Silverstone Classic stand winning the accolade of best historic motor sport stand for their display which included a Silk Cut Le Mans Jaguar XJR9 Group C car, an E-Type Jaguar and a Maserati 250F. Massive crowds flocked to the show over the weekend, making the show another success. 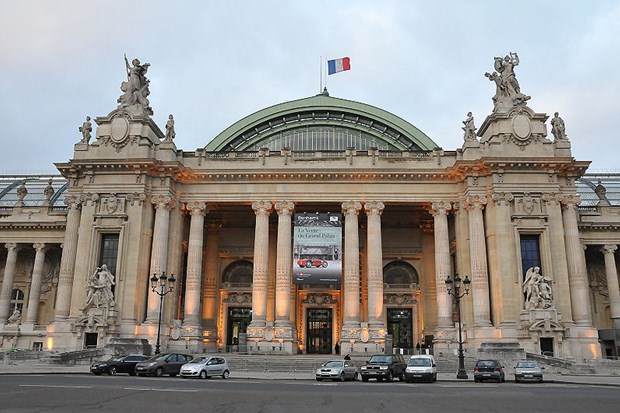