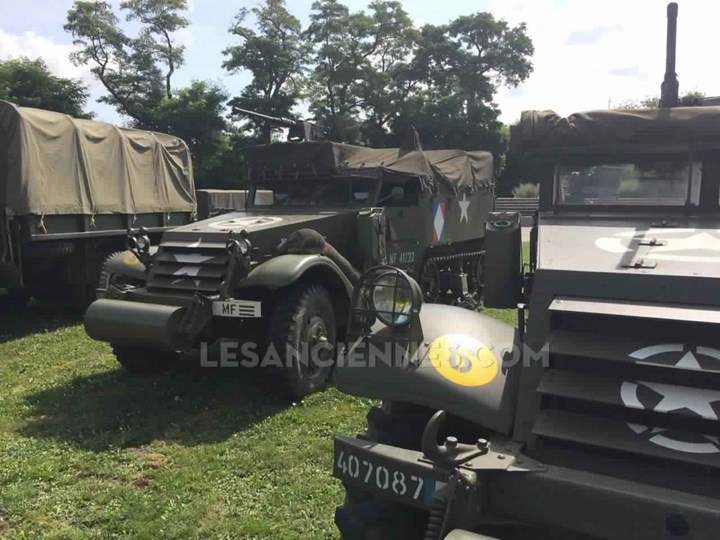 The weekend - Vehicles in Uniform - will delve amateurs and curious in the universe of military and historical vehicles.
For two days and thanks to the involvement of several associations from France and Switzerland, come and discover the reconstruction of a military encampment of the Second World War.
With their uniforms and period accessories, the owners of vehicles inherited from the first half of the 20th century will once again thrill these extraordinary mechanics with parades on the Autodrome de la Cité de l'Automobile. Jeep, Dodge, GMC, several bikes and even Half-Track will be there.
The Rhodanian Naval Models Club will be back to present and operate their radio-controlled machines to scale 1/10. Quality models that, for some, represent more than 1000 hours of work!
Other loyal associations such as the Amicale des Anciens Sapeurs Pompiers in Vieux-Charmont and the Historical Section Soléa will invite you to take a tour of their vintage vehicles!
Everyone is invited to invest the autodrome to join the ranks of the City of the Automobile for a weekend ... in good uniform!