From Cape Town to Victoria Falls through 5 countries

We do not like winters; this is why we head for the nice climate of southern Africa. The Trails of Afrika will be crossing much of the lands which were once inhabited in great extend by Dutch settlers and later also by Germans. This is why we use the Germanic spelling of the word Africa.

We will be starting with the Western Cape province, covering many of South Africa’s great tourist destinations and attractions. Actually we were very tempted to make a rally only in this one province.

Yes Africa is big and has a varied geography. 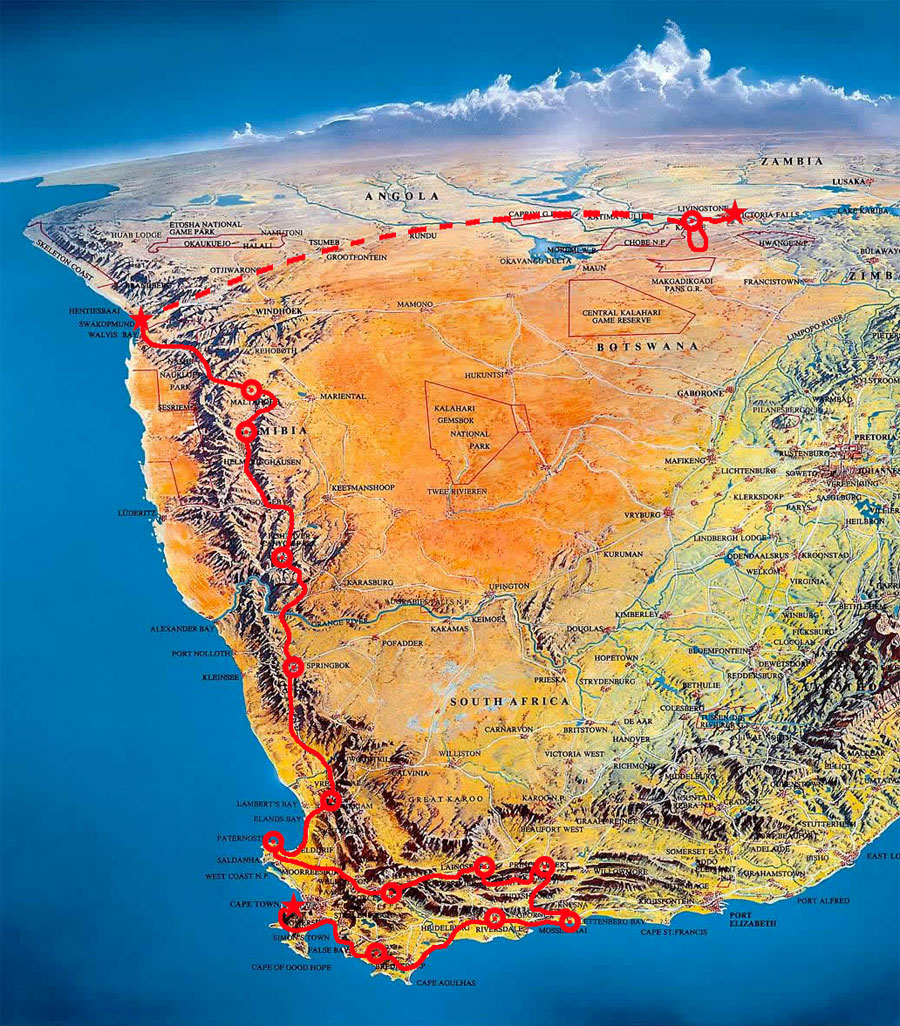 From Cape Town we go as far east as the “must do ”Swartberg Pass” before going west again. On the other side of the Pass the landscape changes completely as we are in the Great Karoo, a semi desert area.

We will be spending a day here, meeting the local classic car enthusiasts at the Franschhoek Motor Museum and circuit.

To get the “real Africa” impression we drive up north into Namibia with its dunes, plains and national parks.

However, to get the best of the best, we have to charter a plane to Botswana. Here we have two days of safari in one of the most beautiful parks of South Africa. The reward of all this driving.

It is only a 100 km drive via the Zambezi National Park to the Grand finale at the Royal Livingstone Hotel overlooking the Victoria Waterfalls.

The rally is open to well prepared pre-war cars and pre-war models built after the war. There is a slight competitive element, based on navigation and on small tests with the car.

We will provide transportation from the Netherlands and the UK and from other places on request.