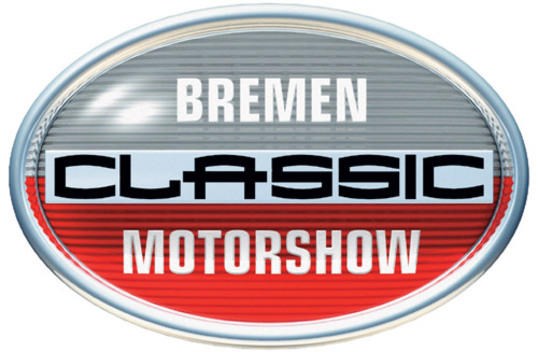 Sorry, we didn't receive an English translation
Young, fresh and available for purchase

“Young Classics” – this phrase has established itself within a very short period of time: these cars are characterised by originality, an unrestored condition, a verifiable history, only a few previous owners, and low mileage. But this is not all: they also have to be available for purchase. These are the criteria a vehicle has to fulfil in order to be awarded a selling space at the Bremen Classic Motorshow, which will be held in the specially reserved area in Hall 6 from the 3rd to the 5th of February 2012. The “Young Classics” were first offered for sale in 2011. “The success of the venture far exceeded our wildest expectations,” said Frank Ruge, the project manager of the Bremen Classic Motorshow. “Within the shortest period of time, the cars were sold. For this reason we decided to greatly increase the sales area for 2012.”

Interested persons can also look forward to taking a closer look at a really special treat: one of the objects of desire is a rare Volvo 780 Bertone. The reason this vehicle is so infrequently found in Germany is that it was never sold here. With a new vehicle price that even back then already went up to 115,000 Deutschmark, this exotic car, which was assembled in Italy, simply didn’t stand a chance against Mercedes SEC or the BMW 6-series. The seller found this left-hand driven, six-cylinder Swede built in 1988, in Japan – with 53,000 km on the clock. 22 entries in the vehicle’s service book show a full service history and the very best care and maintenance. The price has not been determined yet, however, one thing is already clear: it should be affordable.

The same applies for the Daimler XJ40 that is to be sold, with 24,000 kilometres on the clock. “This car had been standing for so long that the entire fuel supply first had to be cleaned before the vehicle could run again,” Frank Ruge knows firsthand. This twelve-cylinder, which was built in 1991, comes fully equipped and sports a sunroof, air conditioner, leather and genuine wood.

In stark contrast to a luxury car, we also have the Fiat 128 – this used to be a true “bread and butter vehicle” and is bright yellow on the outside and comes with a deep-brown interior. “Hardly anyone took the time to pay attention to this category – which is why one is hardly able to find any of these cars in an original state anymore,” the classic car expert went on to explain.

This Italian was built in 1976 and has had two previous owners to date. It was last discovered in Sweden. This car has a mere 88,000 kilometres on the clock.

An extremely special jewel is a Ford Mustang Fastback finished in “burnt amber”. With the exception of the outer paint finish, this American, which was built in 1967, still appears as new, just as if it had come directly from the factory. When taking a look underneath the vehicle, one can still find the original exhaust from October 1966 – complete with a four mm hole in it, made by the careful and prudent first owner in order to prevent the exhaust from rusting on the inside. What is more, nobody has touched the car’s chassis, and the shock absorbers are still from the OEM (Original Equipment Manufacturer). The artificial leather in the car’s interior, in a light cream colour, appears hardly used. Of course, this is not surprising, considering the vehicle only has 24,000 miles (38,400 kilometers) on the clock. And what is more, Frank Ruge has been assured that the car still drives like new: absolutely no play in the steering, the air conditioner functions perfectly and the automatic gear shift is clean and smooth. Even the AM radio still works.

The most beautiful thing about this Mustang is that it is still so untouched that even today one can gain an insight into the simple assembly methods Ford used when building these kind of cars in the past. For instance, when looking at the optional indicator, which has been incorporated into the car’s hood: all cable clips still exist – even the paper banderole around the cable is still there. Underneath the aluminium door sill panels, one can still glimpse the fibrin glue tape, covering the cable lying underneath. And the so-called “Matschband” between the mudguard and the side panels is also still there.

The current owner bought this vehicle in California for private purposes, where it had – presumably – spent the last 13 years without being moved. The previous owner had bought it at a Kruse auction and on the windscreen one can still see the ticket number and the chalk writing “will be auctioned at approx. 3:00 today”...

Such “Young Classics” – originals with a history, built somewhere between the late 60’s and early 90´s, with a maximum of two previous owners and fewer than 100,000 kilometres on the speedometer – can only be found at the first Classic Motorshow of the year: in Bremen, from the 3rd to the 5th of February, from 9:00 a.m. to 06:00 p.m.

For fans of classic cars, the Bremen Classic Motorshow means that the season has once again opened. In 2012 the Exhibition will be held for the tenth time, with approximately 550 exhibitors. In 2011, approximately 40,500 people visited the seven halls of the Messe Bremen. The special topic in the coming year: originals.

Offers a strong trio: the exhibition halls, the Congress Centrum and the ÖVB Arena. The exhibition complex offers 39,000 sqm of exhibition space and 100,000 sqm of open exhibition area right in the centre of the Free Hanseatic City of Bremen. Ranging from the trade fair “Fish

International” right up to the young fresh “Passion Sports Convention” or the musical “Jazzahead!” and the traditional consumer trade fair “HanseLife”. More than 55 trade fairs and congresses attract approximately 350,000 visitors to the city of Bremen every year. For more information, you can also visit us at www.messe-bremen.de

Note for editors:
Pictures in high-resolution you can find under the following links or in the press section on www.messe-bremen.de

… Airport Bremen is a key factor for mobility, business, leisure, and tourism connecting Northwestern Germany with Europe and the world. By offering attractive connections and serving all major hubs in Europe it represents a cornerstone for a sustainable development in Bremen and Germany’s dynamic Metropolitan Northwest region: Direct flights to 40 attractive destinations / 2.7 million passengers a year / 100 flights per day / Located downtown and only 11 minutes by tram from the Airport to Bremen’s business district, a unique selling proposition in Germany / Nonstop connections to European hubs in Frankfurt, Munich, Zurich, Amsterdam, Copenhagen, Brussels, Paris, Manchester.

Airport Bremen with its 450 service professionals from 18 nations offers a wide range of key advantages to the world of travellers and businessmen. Internet: www.airport-bremen.de
Are you the organiser of this event? Contact us to manage and promote your event
« Previous // Next »
‹ › ×