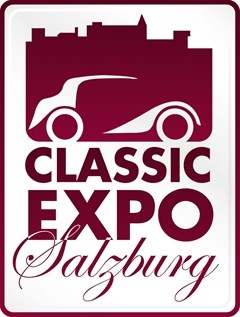 Sorry, we didn't receive an English translation
After the great success in 2009, visitors of the Classic Expo 2010 can look forward to many highlights.

The history of motorcycles presented over an area of 2.200m²
Two-wheelers will be again a special attraction at the Classic Expo 2010. Especially the hall number 7 can be seen as a 'Motorcycle Mecca'. In collaboration with the Motorradveteranen Club Attnang-Puchheim, over 100 historical motorcycles from different epochs will be on display.

Scene 1: A day of tears
On the 21th of April 1945 Attnang-Puchheim was bombed and largely destroyed by the Allies. Due to an enormous blast wave an AJS, constructed in 1930, was catapulted into a tree. This scene will be reconstructed at the Classic Expo.

Scene 2: The motorcyclist in the course of time
The motorcycle hall of the Classic Expo is not only dedicated to two-wheelers, but also to their drivers. It will be shown how the clothing and especially the helmets have changed and also developed over the years.

Scene 3: Black box
In the black box - a tunnel of 12m length- various highlights can be discovered by the visitors. Among all the antique motorcycles, there is one Bock & Holländer V2 cylinder with flat belt drive, constructed in 1904.

Scene 4: Six Pack
This scene is all about motorcycles with 6 cylinders. Various motorcycles from Honda, Benelli and Kawasaki built in the 70's and 80's will be on display.