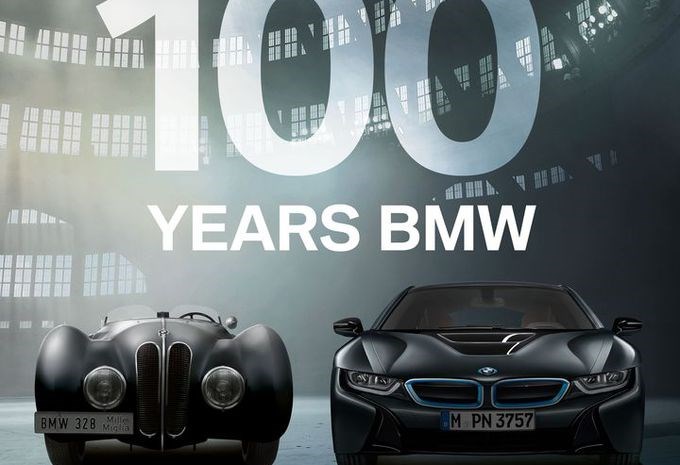 Wishing to end off the year on a high note, the Autoworld museum is putting together a
major exhibition focussed on BMW, the Bavarian make celebrating its centenary.

Thanks to the collaboration of BMW Belux, the BMW museum in Munich, the concessionaires, the BMW clubs and private collectors, more than 45 cars and ten or so motorbikes will retrace the history of the make boasting the propeller logo, located on Autoworld’s mezzanine during near on one month.

On top of that BMW Belux will be exhibiting a range of its present day models (amongst others the i8 and M-series).

Added to this life-size exhibition near on 200 miniature models will be on show, recalling the history of motorsport in
which BMW very often featured. This exhibition at Autoworld will relate the make’s history through its most iconic models: ranging from the pre-war 328 through to the sport plug-in hybrid, the BMW i8! From the ‘50s our attention will be drawn to, amongst others, an Isetta, a 700 and a 507, while the 2002, with or without Turbo, will represent the ‘60s. Visitors will also have the opportunity to come across all the modern Roadsters such as the Z1, the Z3 and the Z8 (these last two having become famous thanks to the James Bond films). In the ‘70s the M1 established itself as one of the first “supercars’ and built up a reputation thanks to the “Procar” races in which Formula 1 drivers competed. The BMW M3, covered in glory with its prestigious list of records both on the track and in rallies, will also be at the rendezvous. A specific emphasis will also be
placed on the pre-war and post-war two-wheeler machines.

In a nutshell, hereunder some of the models that will be placed in the spotlights:

Considered to be the most exclusive cars in the world, some 17 Art Cars of BMW saw the light of day thanks to the willpower of the driver and auctioneer Hervé Poulain in 1975. This motorsport and contemporary art aficionado, invites internationally renowned artists to convert a BMW into a work of art with the collaboration of BMW Motorsport. The first BMW Art Car was by the hand of the American Alexander Calder. Undoubtedly one of the most acclaimed models is that of Andy Warhol. At Autoworld it will be the BMW M3 Art Car of Ken Done that will be on show this winter.

On the competition front we can count upon

The beginning of a great story...

It was back in 1916 that the Bayerische Flugzeugwerke and Otto-Werke merged to become, in the first instance a manufacturer of aircraft engines. In 1917 the company became the Bayerische Motoren Werke (BMW) and as logo retains the rotating propeller. Following Germany’s defeat in the First World War, the ban on producing aircraft and engines obliged the company directors to
reconvert the company into producing engines for motorcycles, trucks and cars.

It was only in 1928, with the acquisition by BMW of the German Dixi constructor, that the first car was assembled in Eisenach, an English Austin Seven for which Dixi held the licence. In 1933, BMW also built the first six cylinder in-line engine (1173cc) never included in the 303 model. It is the beginning of a long and successful story, both on the commercial and sporting fronts. One only needs to recall BMW’s numerous victories at the 24 Hours of Francorchamps as also that at Le Mans in 1999.

Autoworld’s exhibition is the ideal opportunity to retrace the major stages of a highly successful history!

Are you the organiser of this event? Contact us to manage and promote your event