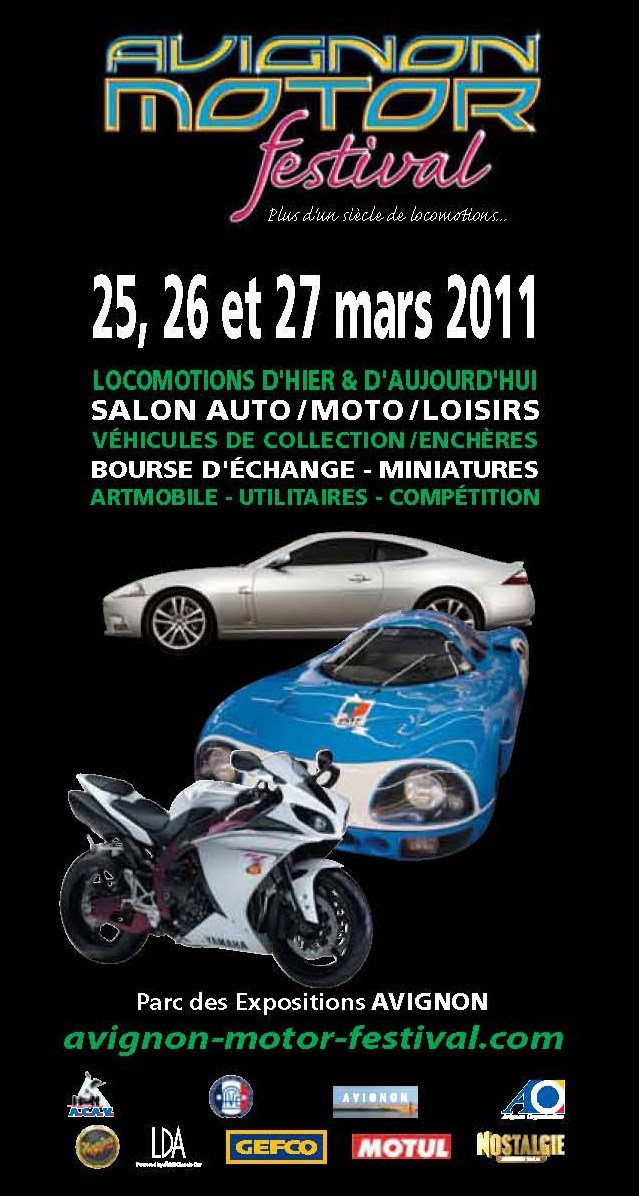 In just eight years, the AVIGNON MOTOR FESTIVAL has developed into THE event in the south of France for lovers of fine automotive engineering. Covering 50,000 square metres, 27500m² of which are indoors, AMF differs from other motors shows in the sheer number of exhibition halls – 12 in all, with 370 exhibitors, including 140 clubs. In 2009, more than 38,000 people visited AMF, all potential buyers. It is this choice that makes the AVIGNON MOTOR FESTIVAL a showcase for all aspects of this passionate subject, while its meteoric development has turned it into a major European event of the highest quality. Several factors explain this:

The AVIGNON MOTOR FESTIVAL is based on a concept which is unique in France: it brings together the whole family of “automobility” from all periods.

A catchment area which is getting bigger every year

The département of Vaucluse borders on five other départements: the Gard and the Ardèche to the west, the Alpes de Haute Provence and the Var to the east, and the Bouches du Rhône to the south, while also being within two hours’ drive of six other départements.

In fact, an impressive population lies within a radius of 400 kilometres, between Bordeaux, Toulouse and Perpignan in the west to Nice and Monaco in the east, Dijon in the north and Marseilles in the south, with cities such as Lyon, Clermont-Ferrand, Montpellier, Valence, Nîmes, Aix-en-Provence, Toulon, Digne, Gap, Grenoble, Saint Étienne. But there’s also Barcelona, Geneva, Lausanne, Turin and Milan, and even England, with Southampton and Exeter just one-and-a-half hours’ flight away from the City of the Popes. It is this zone which is developing into a natural catchment area for the AMF.
Bent u de organisator van dit evenement? Klik hier om uw evenement te beheren en te promoten
« Vorige // Volgende »
‹ › ×