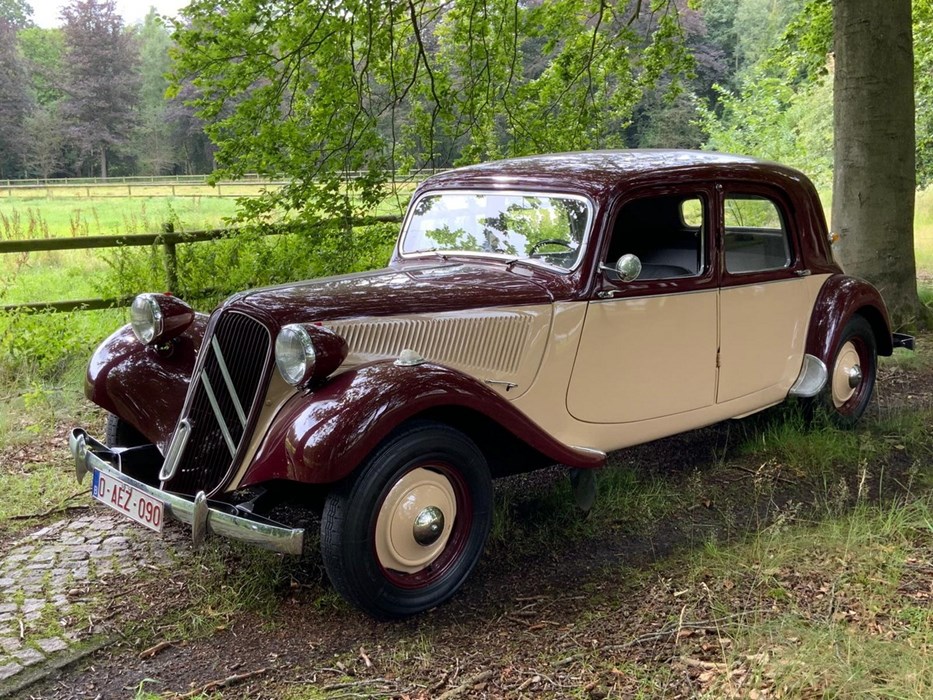 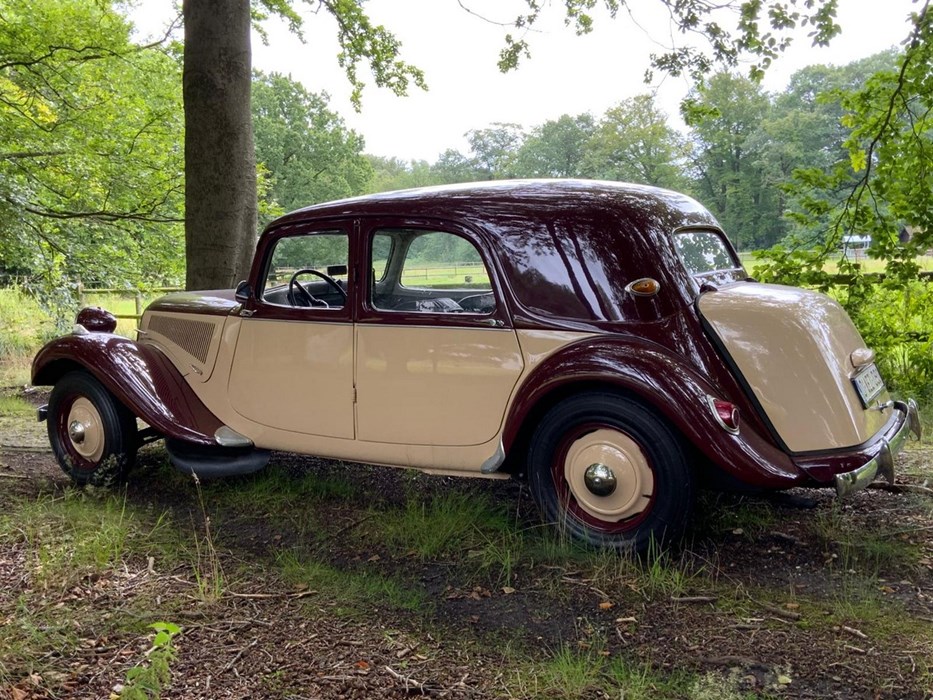 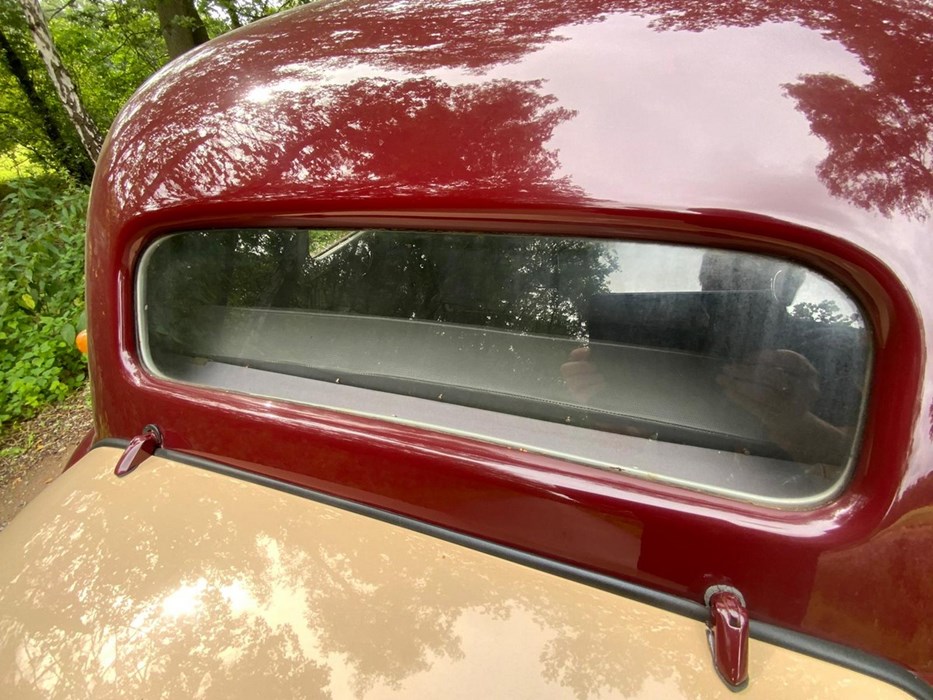 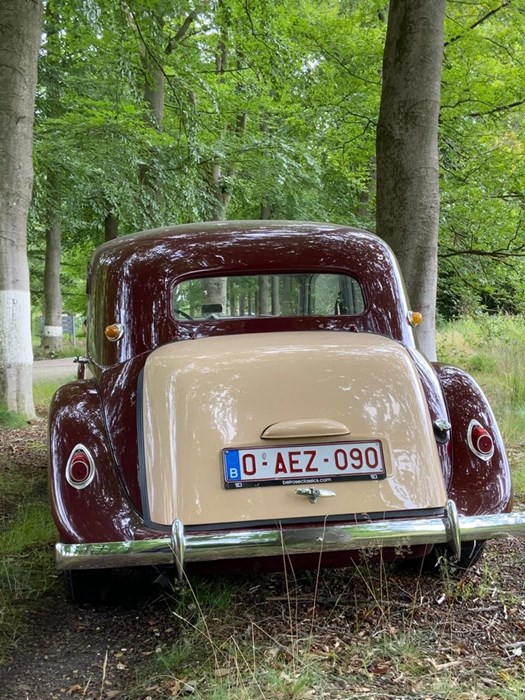 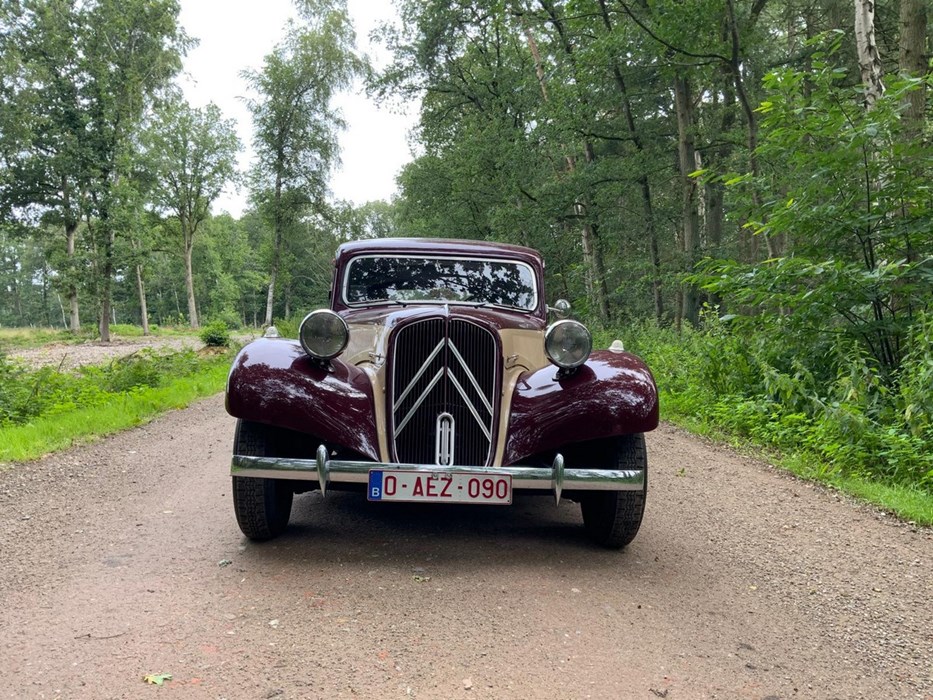 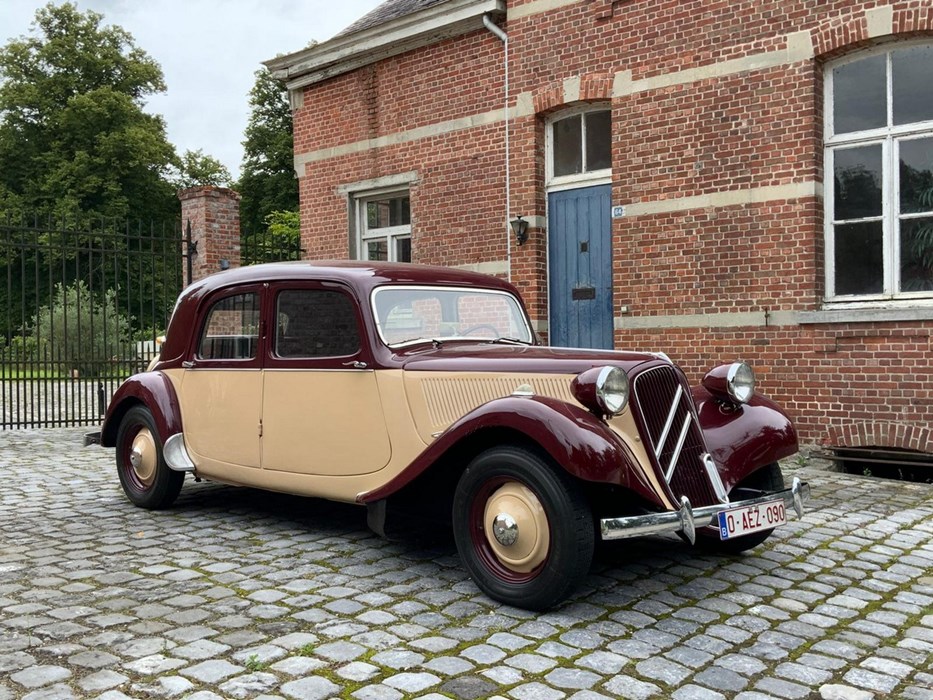 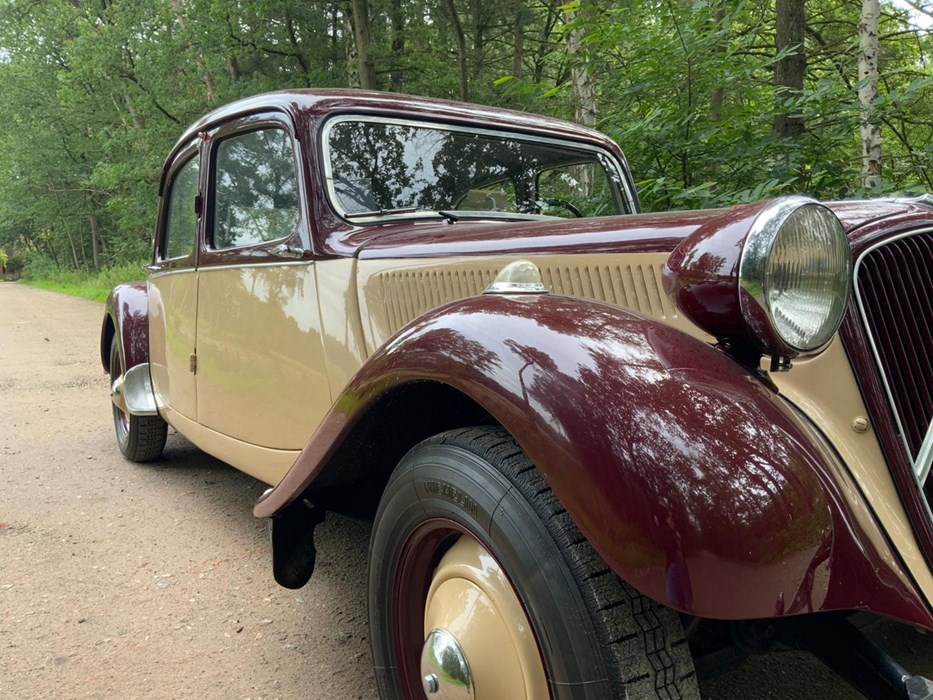 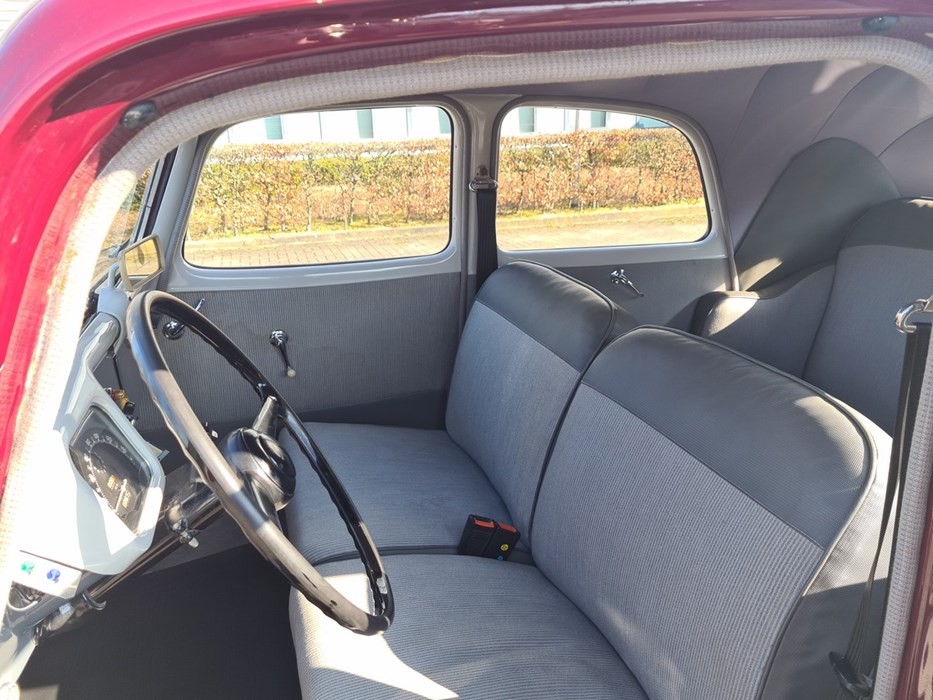 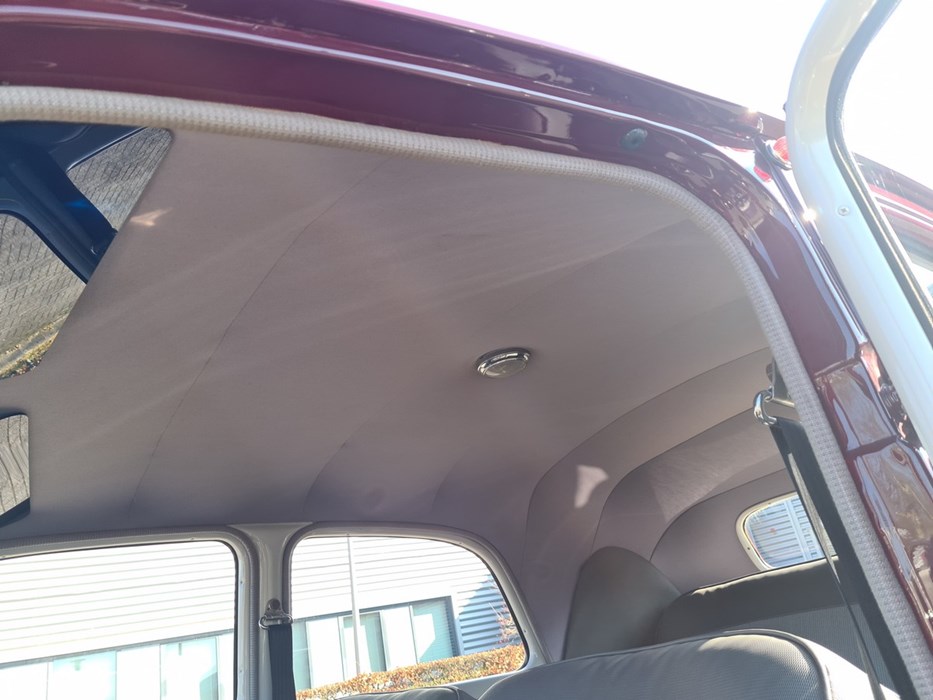 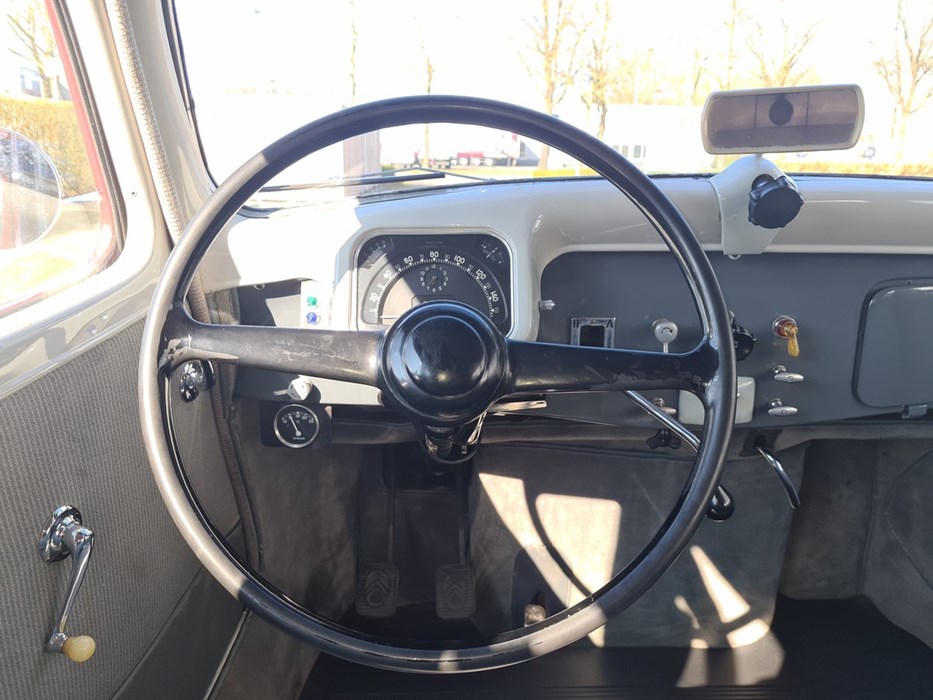 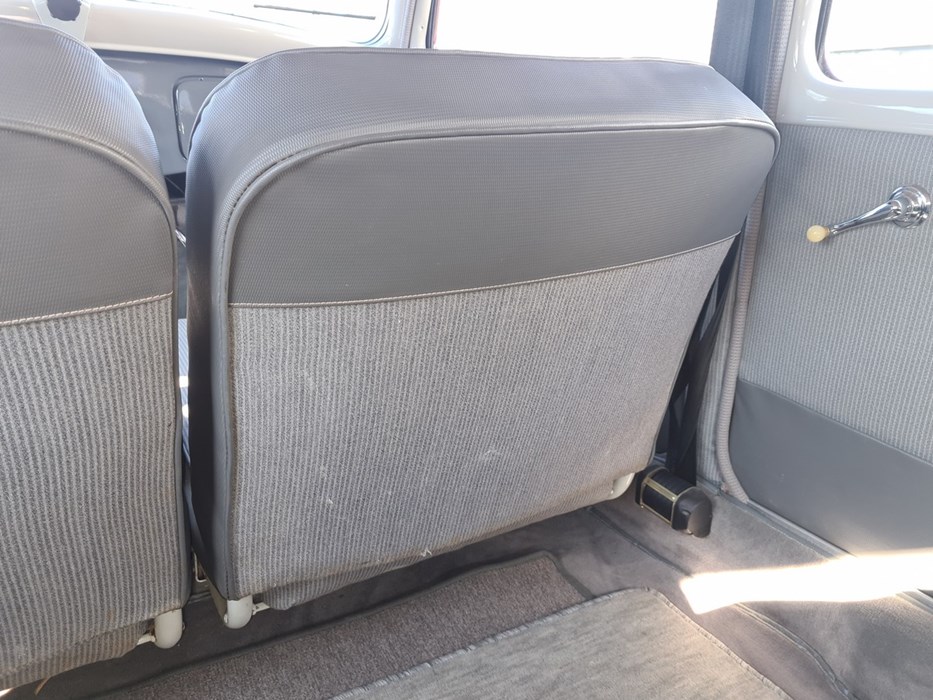 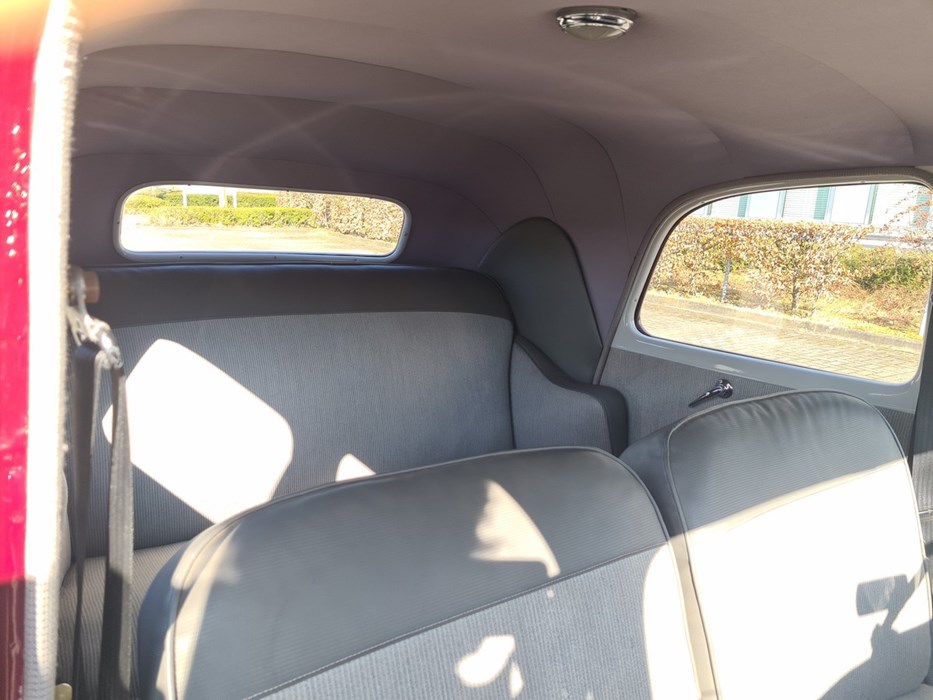 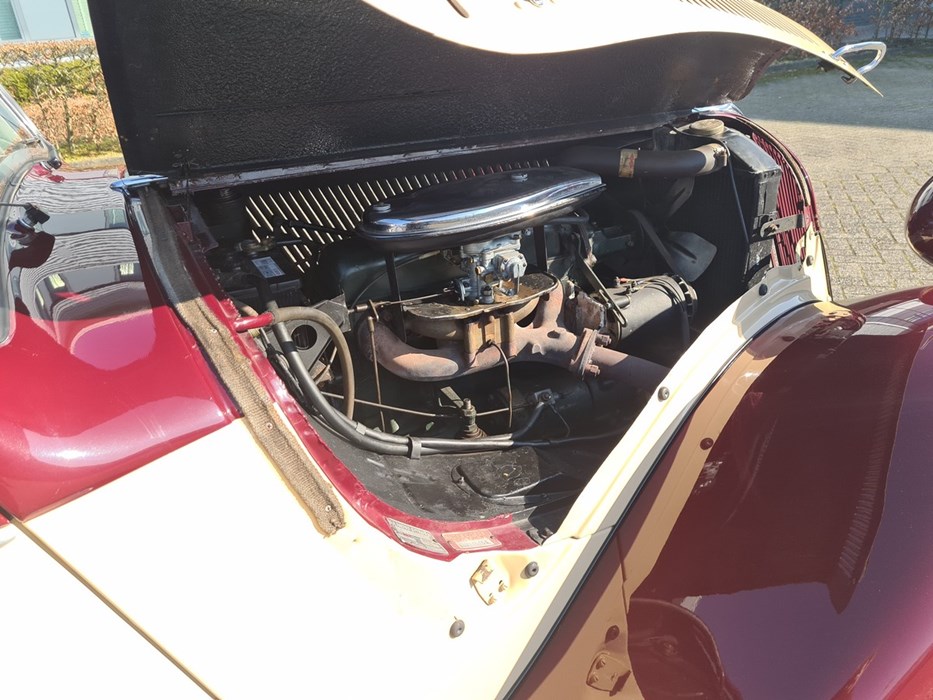 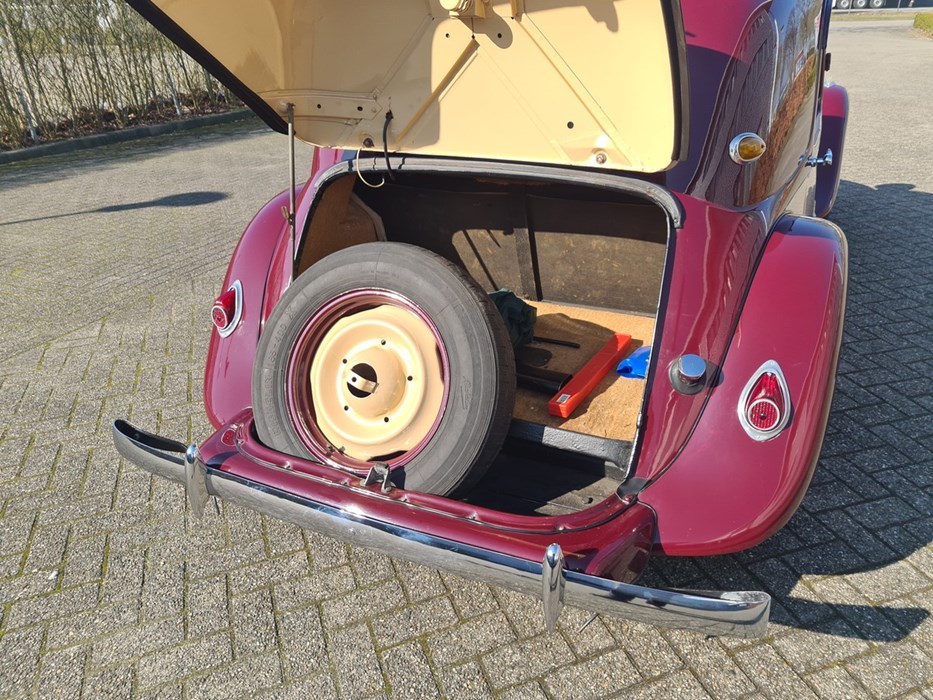 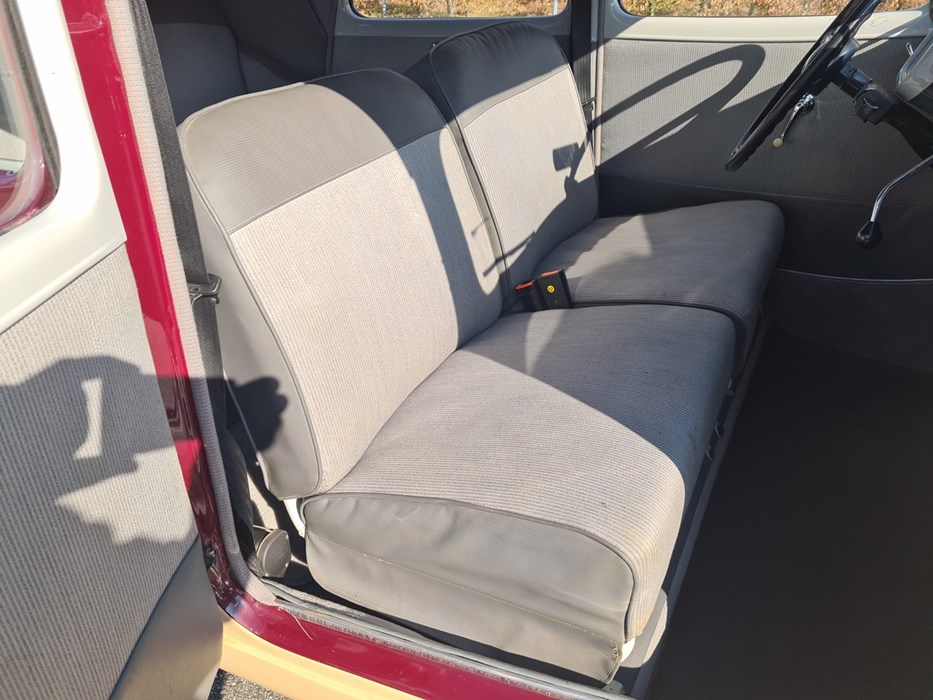 This car is a 1954 Citroën Traction Avant 11BL long version.
After 35 years in the hands of the first French owner, Monsieur Coquille from the Yonne department, this traction was bought in 1989 by Anna Serravalle from Piemonte, Italy.

Her partner Gianluigi Barello did a "frame up" restoration in 1990. The black color was replaced by this beautiful two-tone combination - beige and burgundy.

The car was used in an Italian movie. In 2010, the traction was sold to Claudio Porro, a winegrower from Cuneo, Italy. In 2017 Silvio Garelli gave this car to his father as a birthday present.

In August 2018, the current owner bought the car through an auction.

This Traction is - despite being restored more than 30 years ago - in a beautiful condition.

At the moment the car has a Belgian registration, and the various registrations in Italy of the previous owners are available.

As described above, the Citroen Traction is still in a beautiful condition, both interior and exterior. Everything shows that the car was professionally restored at the time.

The car drives well and the gearbox shifts excellent.

This is certainly one of the better Citroëns on the market at the moment, and we cordially invite you to come and see the car.

We can have this car transported to your front door by a professional carrier, including the original Belgian registration, with which the car can of course also be registered abroad. 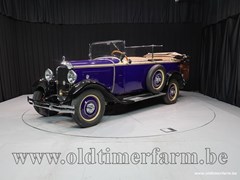 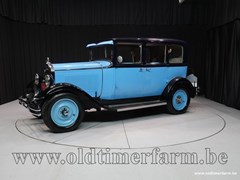 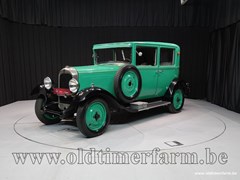 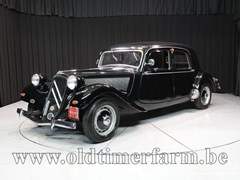