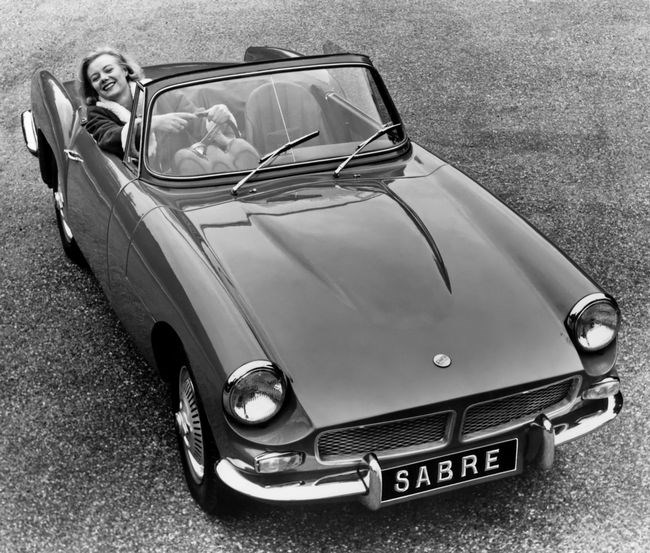 In the crowded graveyard of British brands, Reliant occupies a place of its own with its fibreglass cars that helped to motorise a country in the midst of a severe economic crisis.

The history of the Reliant Motor Company dates back to its inception in 1935. At the time, Tom Lawrence Williams and ES Thompson, were building a prototype car in a garden in Kettelbrook, UK. Both men had previously worked for Raleigh and developed the Raleigh Safety Seven. Eager to create his own three-wheeled vehicle, Williams had shortly before left the brand to go it alone.

On January 1, 1935, he completed his first vehicle called "The Reliant". It was a three-wheeled utility vehicle powered by a 600cc single-cylinder JAP motorbike engine. In reality, this strange machine was more like a motorbike that has been fused with the rear of a car. Very soon another model received a more powerful twin-cylinder JAP engine.

However, the real start of the firm came in 1937 when Reliant acquired the Austin 7 engine licence which was used in 1938 and 1939 on its vehicles. When Austin ceased engine manufacture, Reliant developed its own 747cc side-valve engine which was very similar in technology to the little Austin. 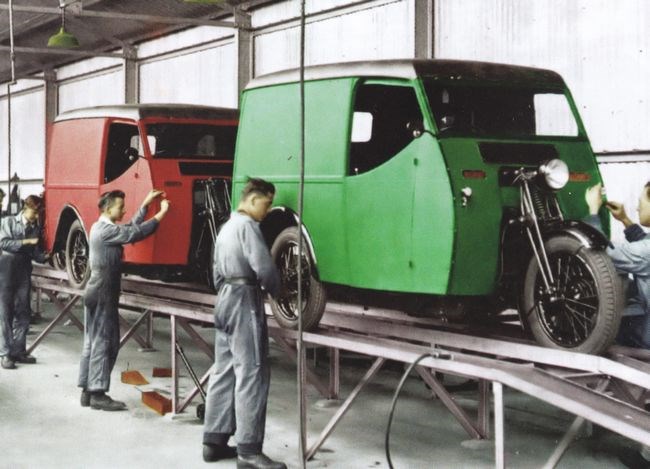 Reliant stopped producing vehicles at the beginning of 1940 and started to work for the war effort, more specifically machining parts for the various ministries. It was not until 1946 that Reliant once again focused on vehicle production. In 1950, the manufacturer returned to the forefront with a new utility vehicle called the Regent.

The following year, Williams began to think about developing a passenger car for four people: the Regal Mk 1. This car has the particularity of having an aluminium body attached to an ash frame. In the following years, the Reliant Regal Mk 2 in 1955 used a new material in its construction: fibreglass. This had the advantage of being easy to work with, light and inexpensive. In 1956, the Regal Mk 3 was the first Reliant to be built entirely of fibreglass, a characteristic of all the cars that were to follow. The Regal continued to evolve and retained the old side-valve engine until the early 1960s. 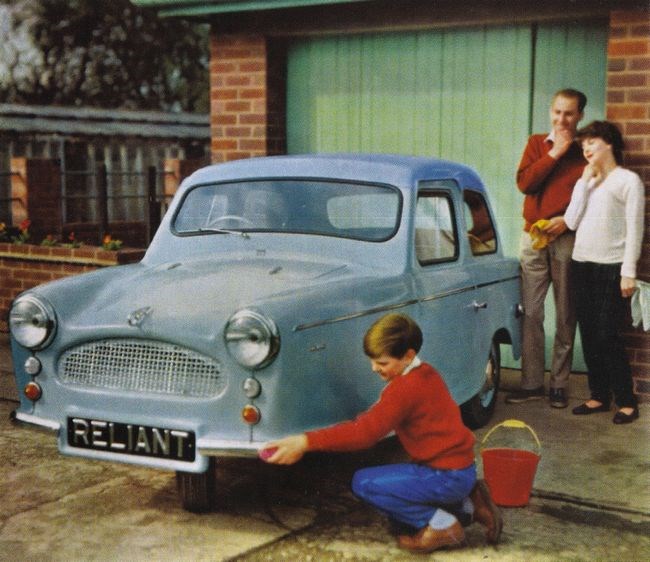 At the same time, Reliant has created a new four-wheeled van: the Regent Four. This was intended for the Israeli market, in the form of kits that were sent to Autocars in Israel using locally produced components. Incidentally, this collaboration led the two companies to create a beautiful sports car in 1961 called the Sabra.

This was sold on the European market under the name Sabre. The following year, Reliant innovated with the Regal 3/25, which abandoned the wooden chassis for a reinforced fibreglass structure. The polyester is moulded into two main units (outer and inner) which are glued together and bolted to a steel frame. Reliant hit the ground running with a new 600cc OHV engine, the first light alloy block produced in Britain. 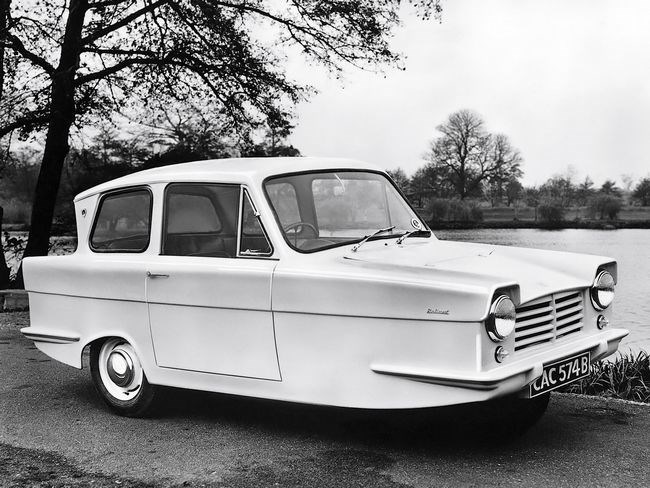 Success on the horizon

Surprisingly, although extremely special, the Reliants were successful in the export market. Sold abroad as a utility vehicle, the Regal was joined in 1967 by the larger TW9. In 1969, a 700cc engine was introduced. The fifty thousandth Regal 3/25 was delivered, proving the company's success.

That year, Reliant became the owner of Bond Cars and approached Ogle to produce a 3-wheeled vehicle attractive to young people. The result was the Bond Bug, one of the most iconic British cars of the 1970s, which had a successful career from 1970 to 1974. 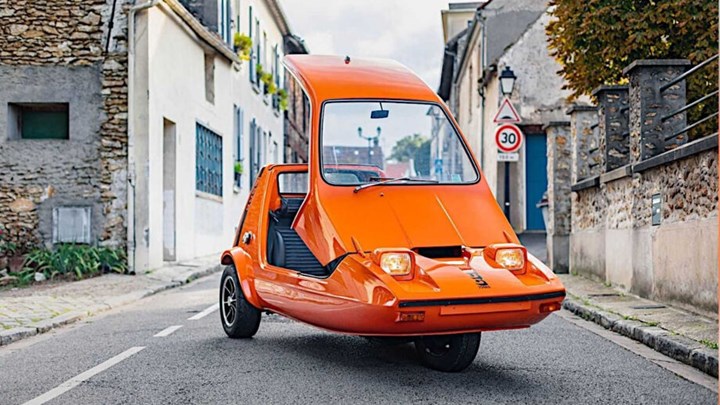 In the UK, 3-wheelers were commonplace until the 1990s. The reason for their success is simple: if they weighed less than 450 kg, they were approved under B1 legislation, which exempted their drivers from having to have a driving licence!

Being so light compensated for their low engine power, and they were very cheap. That was all it took for them to become a success. Around the 1990s, 3-wheelers started to lose ground to the faster, much safer and much more attractive conventional cars! 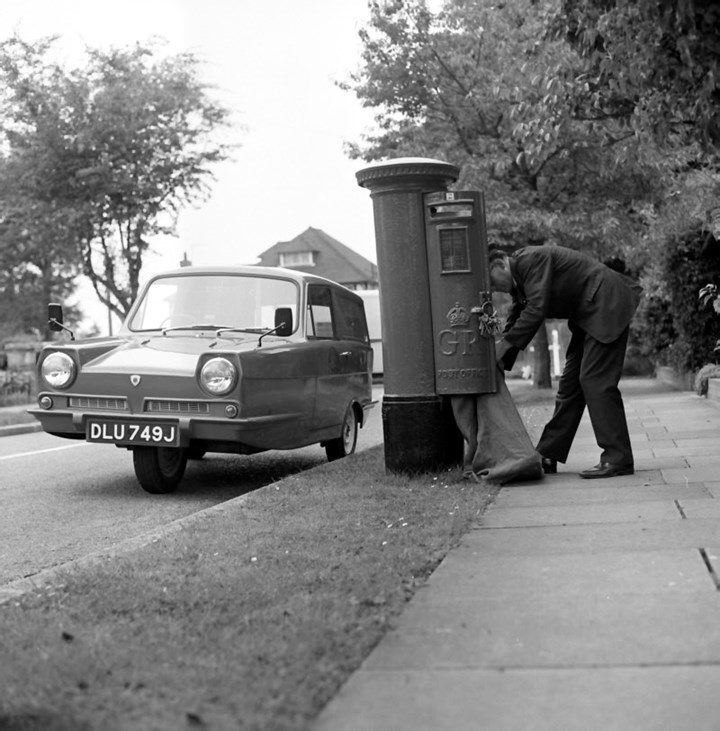 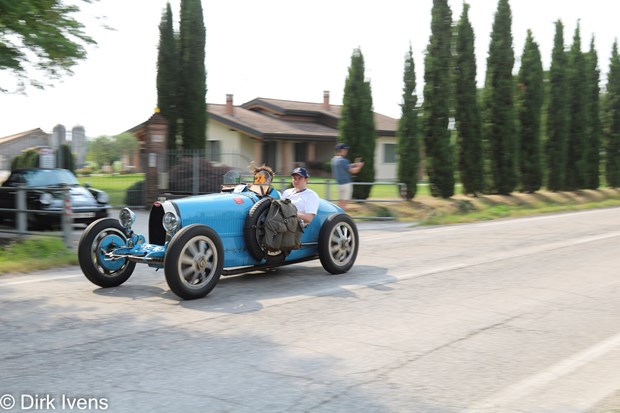